Pope Francis accused by family and friends of tortured priests

Jorge Mario Bergoglio known for his opposition to progressive governments and clerics, is accused of silence, cooperation with Argentinean dictatorship

Jorge Mario Bergoglio known for his opposition to progressive governments and clerics, is accused of silence, cooperation with Argentinean dictatorship 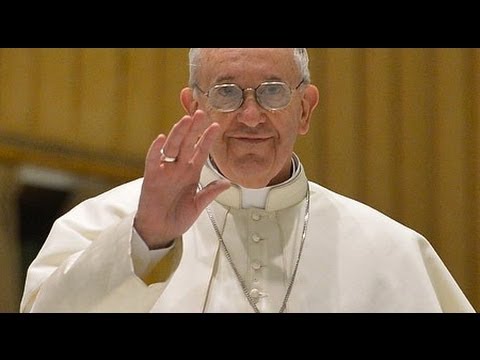 OSCAR LEON, PRODUCER, TRNN: Pope Francis I assumes the rule of the Catholic Church, an institution with undisclosed net worth as well as an enormous influence over a number of Roman Catholics. The congregation that was estimated in about 1.2 billion people at the end of 2010.

In Argentina outside the cathedral in Buenos Aires, many people expressed their joy and pride for the first Latin American Pope.

FERNANDO CIBEIRA, JOURNALIST, PAGINA 12 (TRANSL.): This first signs he gave of austerity, of not using golden in the papal robes, of avoiding the limousine and ride in the bus along with many other cardinals are in deed Bergoglio’s own. Here in Buenos Aires he uses public transportation. He really kind of does a show of his austerity, which is kind of contradictory, but he really goes to lengths to show that side of him. Over the last years there has been many press reports talking about him riding the subway and public buses like everybody else.

LEON: Jorge Mario Bergoglio’s record shows a grave stain. According to many, he did knew about the kidnapping and torture of thousands of people under Argentina’s military rule from 1976 to 1983. He actually declared as a witness on two judicial causes against military torturers.

Estela de la Cuadra was a former chairman of the Abuelas de la Plaza de Mayo, a human rights NGO, the Grandmas From the Mayo Plaza, sadly known to be the mothers and relatives of the tortured and murdered family members.

Estela says there is legal proof in a court case of appropriation of children born in torture cells, that Cardinal Bergoglio did knew about the disappearance of thousands of people as it was happening in 1977. She testified in that case.

ESTELA DE LA CUADRA (TRANSL.): The Church as an institution participated actively in many aspects in times of dictatorship, even consulting, calming, and counseling those agents who participated on the “flights of the death” when they threw people alive into the sea. So the Church was part of it. Even now in many judicial process against the torturers, the role of the Church is being investigated.

Two priests, Orlando Yorio and Francsco Jalics, former Jesuits, were kidnapped and tortured after being expelled from the order by Bergoglio, then local head of the Jesuits. They were allegedly branded “subversive” because of their work in poor neighborhoods.

GRACIELA YORIO, SISTER OF ORLANDO YORIO (TRANSL.): My brother was kidnapped along with Francisco Jalics on May 23, 1976. He was then a Jesuit working on a very poor settlement–we call those emergency villas. His regional leader, who is now the Pope, had authorized that work. At some point after the work was underway, Bergoglio tells them to stop working, because dictatorship was approaching and any work with the poor was seen as “subversive.”

He expels them from the congregation, asking them to leave, and suggest them to go to other congregations to find shelter and maybe work as priests there. At the same time, he writes bad reports about them and he sends them to the bishops.

So while he tells my brother and Francisco Jalics to go look for shelter at those convents, he ask the bishops not to receive them. That is why we say (Bergoglio) did not protect them.

It was precisely at that time that they were kidnapped by the armed forces. They are then taken to the Army School of Mechanics, a place of torture, kidnap, and death. There they were interrogated, naked, with their heads covered and chained all the time.

LEON: Orlando Yorio died claiming that Jorge Mario Bergoglio not only had left them unprotected, but he directly signal them to be taken. However, it has not been proved that Bergoglio sent the military to take Orlando Yorio as the priest died claiming. This fact was not uncommon, as it has been proved that schools, university, public and private corporations, they gave list of people deemed to be leftist and undesirable to the military.

YORIO: As far as we have documented, the new pope was not new to this situation. He collaborated with the dictatorship. He not only left my brother and Francisco Jalics unprotected, but he did spread rumors of them being subversives or guerrilla members.

There are documents to prove it. Journalist Horacio Vervistky made an extensive investigation. He found documents at the Department of State, were Bergoglio ask that authority to deny a passport to Francisco Jalics, who by then was a refugee in U.S.A.

LEON: Francisco Jalics, who underwent this Calvary with Orlando Yorio, lives now in Germany and recently said in a statement that he had forgiven Father Bergoglio and reconciled with him. He says that he consider this matter to be closed.

FATHER EDUARDO DE LA SERNA, PASTOR, JESUS THE GOOD SHEPHERD PARISH, QUILMES, ARGENTINA (TRANSL.TION): I lived with Orlando Yorio more than a year in parish. I knew him very well. we were not close friends, but we had shared quite a lot of time, even on theological events we have attended, me from a more biblical perspective, him from a theoretical one–he was accomplished in theology.

Graciela Yorio’s version is exactly what Orlando told us from day one, is not an exaggeration–those are Orlando’s exact words. Orlando was naive to believe that the Church was changing for good (after the return to democracy). I personally believe that not only he was devastated when Bergoglio was pronounced Buenos Aires’ bishop, but he completely fell apart. He sank. He left the country. He went to Uruguay, where after three years he died of a heart attack. His heart couldn’t take it any longer.

The problem is when you stood silent and then it looks like you act appropriately.

LEON: Forty-four accused tormenters of 471 people in a case of tortures at La Perla complex wore badges with the Vatican colors to celebrate Bergoglio’s appointment, spreading rumors and causing reactions on the families of the victims.

The Vatican quickly released an statement to respond at the accusations made against Jorge Mario Bergoglio for its alleged ties to the military regime, branding these arguments as “defamations of anticlerical leftist” and as “not credible ones”. Reverend Lombardi, the Vatican spokesman, said, “there have been many declarations of how much he did for many people to protect them from the military dictatorship.”

The support for Jorge Mario Bergoglio is broad in Argentina, but not always free of criticism. Fernando Pino Solanas, a progressive congressman and film director, described Pope Francis as a man of “enormous fairness and wisdom”, while Adolfo Perez Esquivel, Nobel Price for Peace, declared that: “Bergoglio was not part of the crimes, but he did not had the courage to fight with us.”

The influence of the pope is not merely spiritual. The Catholic Church was one of, if not the first, transnational corporation. It has an autonomic state–the Vatican–inside Rome, but independent from Italy, and it has diplomatic relations with 177 countries, from many of which it receives money, this according to the Concordatos Treaties with those countries.

It would pretty much take a statesman to run such transnational organization. Father De la Serna believes Pope Francis I is prepared to deal with the organizational aspect and the power struggle known to take place at the Vatican.

DE LA SERNA: In that aspect I have hope in others not so much, but in that one I have hope, this because Bergoglio knows how to handle power. This can be proven by the facts that he was elected fairly fast when he was not a favorite in the Vatican experts’ forecast.

Because Bergoglio thrives in power, I really doubt that the Roman Curia can step all over him like they did to Pope Benedict XVI. In that regard, the former pope proved to have no skill whatsoever to handle power, no executive skills.

So I think Bergoglio is going to handle the power much better, and to the eyes of society and the Christian community he may also show a more humble and austere side of the Church.

LEON: As far as Pope Francis’s position torwards the theology of liberation, which calls for the need for social equality, Father de la Serna says Jorge Mario Bergoglio is not friend of such line of thought.

DE LA SERNA: I don’t think he is a close friend or is any friend at all of the Theology of Liberation. I don’t know if he is an enemy of it, which is very different. I mean, he has attitudes close to the poor, but I dint think it’s a liberate them attitude.

We are still to see if he has words of criticism towards the causes of poverty, which is what the Theology of liberation does, meaning not only to be with the poor, but to bring them down from the cross.

Around 1974, ’75, ’76, many Jesuits and other kinds of priest started abandoning the great congregations to go live in the poor neighborhoods called “misery villas”, Bergoglio was adamantly opposed to that. He became the main detractor of that movement of priests.

That denoted issues related to his close relationship with the dictatorship. Following that trend he latter became close to the right wing of the Peronist political movement and a group called Iron Guard.

LEON: Fernando Cibeira also believes that Jorge Mario Bergoglio has a political side and he has actually been a player on the last years of Argentinean politics.

LEON: Father De la Serna agrees and expands that argument even further, suggesting that in many countries the Church seems to favor the non-socialist administrations.

DE LA SERNA: As regrettably has happen in Latin America with progressive administrations, the leader of the opposition seems to be some bishop, as it has happen with Guayaquil’s Bishop in Ecuador, Caracas in Venezuela, Santa Cruz’s in Bolivia, and Buenos Aires’ in Argentina.

One wonders why there are not bishops in the opposition with Uribe or Santos in Colombia or Pineira in Chile or Alan Garcia (former Peru president).

LEON: Fernando Cibeira believes Bergoglio’s fierce opposition to same sex marriage as was approved on 2011 by the Argentinean state was the inflection point between the Argentinean Church and Cristina Kirchner’s administration.

CIBEIRA: He’s had some very harsh pronouncements against projects that the government was pushing for, especially the one about equal marriage rights to same-sex couples, which was one of the administration central projects, and to which Bergoglio was its main opposition leader–he called it “the devil’s project” and such. That was the point of no return between Bergoglio and the government.

LEON: President Cristina Kirchner, however, congratulated Pope Francis I and is scheduled to attend the ceremony of installation at the Vatican.

Now with the ceremony of installation just days away, Latin America is watching to see if Pope Francis will use his new position to oppose the progressive governments and liberation theology clerics.

For The Real News, this is Oscar Leon. 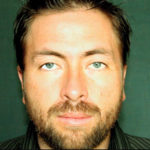