Suffolk County in New York is suing the Sackler family, which owns the maker of OxyContin, one of the main drugs behind the opioid drug overdose crisis. Just how responsible is the family and might the lawsuit achieve? We speak to Sam Pizzigati of IPS

Suffolk County in New York is suing the Sackler family, which owns the maker of OxyContin, one of the main drugs behind the opioid drug overdose crisis. Just how responsible is the family and might the lawsuit achieve? We speak to Sam Pizzigati of IPS 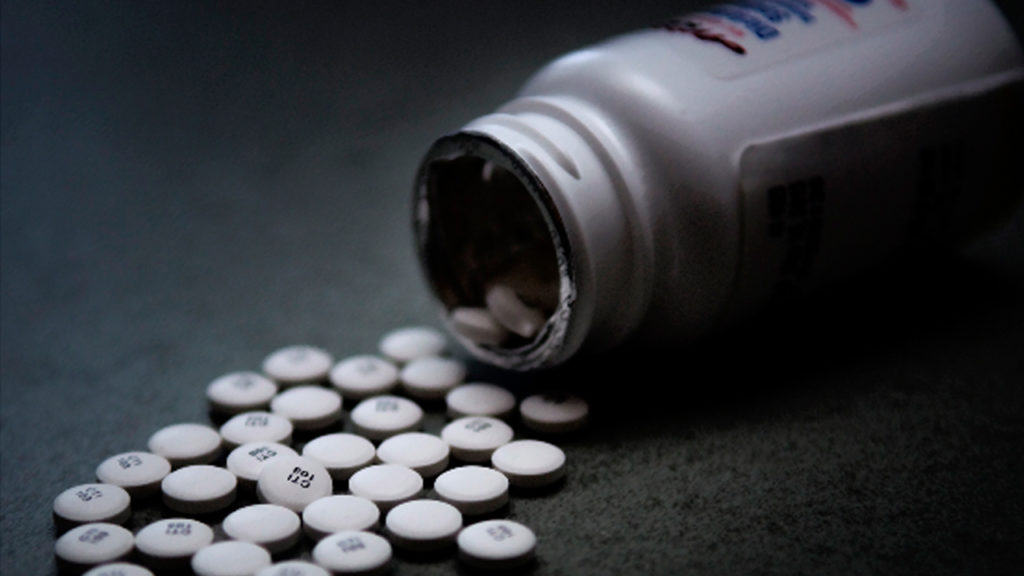 Suffolk County in Long Island, New York recently announced it is suing one of the richest families in the U.S., the Sackler family, for its role in the opioid drug addiction crisis due to its ownership of Purdue Pharma, the maker of the opioid painkiller, OxyContin. The number of opioid drug overdose deaths in the U.S. has been skyrocketing in the past five years, reaching at least 30,000 in 2017. This is as many deaths as those caused by both heroin and cocaine overdoses combined. It is now estimated that opiate addiction has cost the U.S. at least one trillion dollars in productivity between 2001 and 2018, but some estimates are far higher than this.

The Sackler family owns Purdue Pharma, which created the opioid drug OxyContin, a drug that the Federal Drug Administration, the FDA, approved in 1995. The Sackler family was able to significantly increase its already enormous wealth with the help of OxyContin. There have been thousands of lawsuits now filed against Purdue Pharma, but the Suffolk County case is one of the first to go directly after the company’s owners, the Sackler family. Joining me now to discuss the lawsuit and its implications is Sam Pizzigati. Sam is Associate Fellow at the Institute for Policy Studies. He has worked on the issue of the opioid crisis and is also the author of the book, The Case for a Maximum Wage.

Thanks for joining us today, Sam.

GREG WILPERT: So recently, over a thousand lawsuits against Purdue Pharma were consolidated in the hands of one judge, and this is in addition to what is estimated to be thousands of other cases against Purdue Pharma. So first, why is this new case from Suffolk County going after the Sackler family? And second, why hasn’t this family, one of the richest in the U.S., been targeted by lawsuits a long time ago?

SAM PIZZIGATI: Well, the courts in Suffolk County are going after the Sackler family because the Sackler family is right the start of the opioid crisis. Purdue Pharma, which is the corporation that the Sackler brothers, who were three doctors in mid 20th century America, set up, has been the chief promoter of opioids and opioid excess in the United States. So it’s quite fitting that the courts would be going after this Sacklers. And the reason the courts haven’t done this before is because, over the past 20 years, the Sackler family has cut all sorts of side deals with people who complained about what was happening with opioid medication, the deals that plunged those people to silence. So for many years, the budding crisis that we face was really unknown.

GREG WILPERT: So tell us actually some more about the Sackler family’s involvement in creating and marketing OxyContin. I understand they were actually quite involved.

SAM PIZZIGATI: Yes. Essentially what Purdue Pharma and the Sackler brothers did was they brought the techniques of Madison Avenue into the pharmaceutical industry. Up until the 1950s, the pharmaceutical industry was actually a very boring industry with not super high returns. But by applying the techniques of Madison Avenue to marketing prescription drugs, the Sackler brothers found the magic elixir to creating grand fortune. And grand fortune they most certainly did create. The Sackler family, all its different branches, now is estimated to be worth about 13 billion dollars.

GREG WILPERT: So how is it possible that such a highly addictive and deadly drug, really, was approved by the FDA in the first place? I mean, what happened?

SAM PIZZIGATI: Well, the Sackler family essentially played the medical profession and sponsored all sorts of research, it hosted all sorts of conferences, flew doctors into exotic locales like Boca Raton all expenses paid. The family did everything it could to essentially behave like the tobacco industry behaved, did everything it could to make its product seem much, much safer than it was.

GREG WILPERT: While it is positive that OxyContin creators are being targeted for lawsuits now, shouldn’t the FDA itself be also a target? I mean, after all, it is the one that allowed a drug such as this to be approved in the first place and it could, in theory, revoke the approval as well, no?

SAM PIZZIGATI: Well, yes. I mean, we see the same sort of regulatory capture with the FDA and opioids as we’ve seen in tobacco and other instances as well. So we need not just reform of Big Pharma, but we need reform of the FDA.

GREG WILPERT: And so, now if this case moves forward, I understand that the family itself, or at least the company and also the family itself, says that it cannot pay that much. What do you think of this argument? I mean, will the government, or the local governments that are going after the Sackler family, will they be able to recover anything near the damage that OxyContin has caused?

SAM PIZZIGATI: We need to keep in mind that Purdue Pharma has sold about 22 billion dollars worth of OxyContin over the years. They’ve already paid 600 million dollars in fines. There’s lots of room for the government to go after the Big Pharma and Purdue Pharma in this case.

GREG WILPERT: So Sam, now if this case moves forward, and other cases like it, like I said, already there’s thousands of cases actually against Purdue Pharma, what do you hope would be the outcome in the long term for these cases, in terms of addressing the opioid drug addiction crisis?

SAM PIZZIGATI: Well, I think the key here is that the problem is systemic, a systemic problem that goes beyond the pharmaceutical industry to all of corporate America. We have a situation now in corporate America where the outrageous rewards that CEOs can receive, that top executives can receive, are incentivizing outrageous behavior, the sorts of behavior that we’ve seen with Purdue Pharma. In the long term, we need to do something about that. We need to create an economy where these sorts of outrageous rewards are not tolerated.

GREG WILPERT: Well, we’re going to have to leave it there for now. I was speaking to Sam Pizzigati. Sam is an Associate Fellow at the Institute for Policy Studies. Thanks again, Sam, for having joined us today.