Oliver Stone: American ‘War State’ Has ‘the Worst Media in the World’

Oscar winner Oliver Stone says even he has difficulty producing films these days, because the US corporate media silences anti-war voices, and "We've really gone to the right in America."

Oscar winner Oliver Stone says even he has difficulty producing films these days, because the US corporate media silences anti-war voices, and "We've really gone to the right in America." 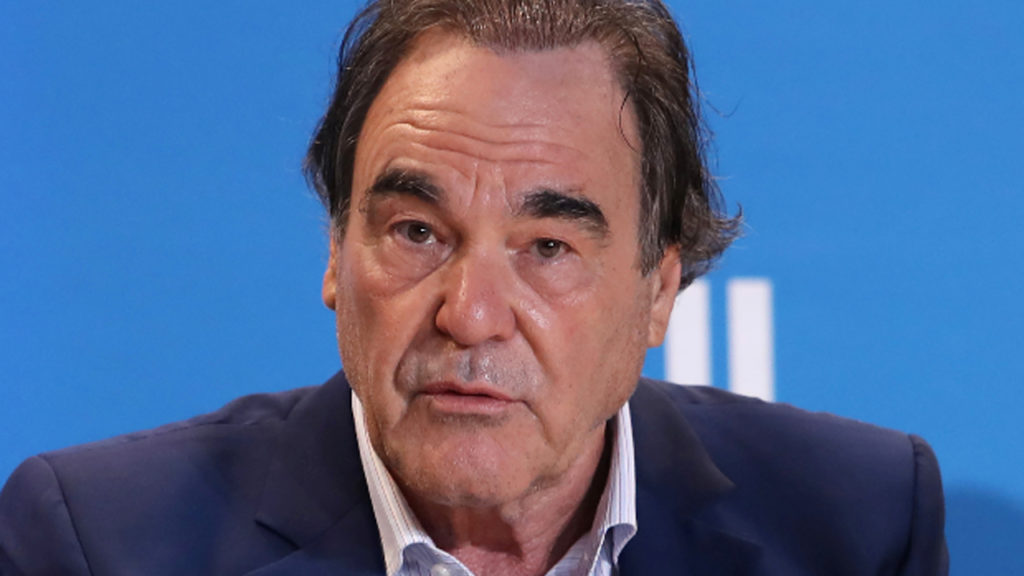 BEN NORTON: A lot of your work, Oliver, in fact, exposes some of these U.S. crimes. Specifically, you made the documentary series recently, The Untold History of the United States, that looks into many of the same subjects. And Mr. Blum, one of his most famous quotes was: “If I were the president, I could stop terrorist attacks against the United States in a few days permanently.” And then he also said: “I would apologize very publicly and very sincerely to all the widows and orphans, the impoverished and the tortured, and all of the many millions of other victims of American imperialism.” And you were one of the only filmmakers, I think, who has a large platform who is also committed to speaking about the victims of American imperialism. Why aren’t there more filmmakers doing the kind of work you do, and how can others try to contribute to that effort?

OLIVER STONE: I could not do what you say I do. I mean, it’s just–you’re talking about a full-time documentarian who would follow the empire, of the crimes of empire. This is not what I’ve tried to do. I tried to–I’ve made films, first of all. I’m doing dramatic films, so I cannot follow up stories the way Bill Blum can. What I have done is Untold History of the United States, which was an enormous documentary. It took … 12 hours long. We did it for Showtime, which was very hard to get done. We spent quite a bit of money. And we were able to get it on the air, and it still plays on Netflix and it’s available. I’m very proud of that.

But what it was was looking to 1898 to 2013, fom the Spanish American War, basically McKinley to Mr. Obama. What we tried to do is condense in one hour shows, and quick, exciting, well done, filmic qualities–using a lot of movies, too, the essence of each era–what America was up to. We covered quite a lot of ground. We showed it to all the progressive historians, from Howard Zinn to Bill, and we had tremendous reviews on it. Tremendous reviews. All from progressive historians. The mainstream media ignored it, truly ignored it. It was quite surprising, but it’s the way things go.

So you know, even what you think as a mainstream filmmaker, it’s not easy to get on the air, believe me. You have to make entertainment, you have to make it fun. And I try to make it fun, and I think it is fun. But you know, it does tell truths that just are not told on mainstream media. We have the worst media in the world. I think in France you could get it on the air on mainstream media. In Russia. In Italy. In many countries of the world. Not in China, not in the USA. The USA is given over to commercial–even PBS and the things that we used to respect, NPR, they do such a limited job, and they’re constrained by their own political spheres.

BEN NORTON: Yeah. And finally, speaking of the state of the U.S. media, we see it further and further restricted. In fact, now we see in the age of Trump even many liberal outlets like MSNBC are hiring former CIA officials and FBI apparatchiks. And we se this kind of pushing out of all dissident voices. Mr Blum. You said your work, as well, is increasingly harder to get out there. So what do you think that that we can do, as people interested in this kind of muckraking journalism and exposing the crimes of the American empire, and fighting for justice?

OLIVER STONE: When was the last time you saw Noam Chomsky on television? I mean, there are many people who should be there who are not. When George Bush died last week it was depressing to see the encomiums thrown at him, as if he were some kind of great hero. I mean, we’ve really gone to the right in America. Ever since Ronald Reagan it’s gotten worse and worse and worse. I’m quite shocked at the movement, the overall social attitude of America.

I think the solution to what you say are programs like yours. There are many underground-type shows that are on the Internet. And I think it’s crucial we stay with the internet much as we can, although I worry about that now with the crackdown on Facebook, and the crackdown by Twitter. I’m concerned about what their sense of censorship is. We need to have a broad spectrum of thought criticism. Anti-American concepts have to be broached. You have to be able to criticize your country, otherwise your country will go on its own sick path. It won’t even consider alternative scenarios, alternative ways of thinking. Why are we in a war state? We are in a war state for how many years? We’ve accepted this forever war since 2001, since Mr. Bush Jr. put us on this path of the war on terror. We haven’t been able to question it. This is all wrong.

BEN NORTON: Is there anything that gives you hope for pushing back against the permanent war and the right-wing tilt?

OLIVER STONE: The fact of pushing back in itself, the resistance itself. You have to make the effort. You may not feel like it’s going to be worth it. You must make the effort. Without that effort we have nothing. We’re a nation of sheep.

BEN NORTON: Well, we’ll have to end it there. We were speaking with the Academy Award-winning filmmaker Oliver Stone. Thanks for joining us, Oliver.

Oliver Stone is a three-time Academy Award-winning director and screenwriter. A Vietnam War veteran, he has made around two dozen acclaimed films, including Platoon, Wall Street, Born on the Fourth of July, JFK, Nixon, W., and Wall Street 2: Money Never Sleeps. Now Oliver Stone and historian Peter Kuznick from American University have teamed up…