After the Chistchurch shooting, New Zealand moves to ban assault weapons, while the US is promoting plans to arm school teachers instead. Al-Jazeera exposes NRA’s “playbook” on media responses after mass shootings

After the Chistchurch shooting, New Zealand moves to ban assault weapons, while the US is promoting plans to arm school teachers instead. Al-Jazeera exposes NRA’s “playbook” on media responses after mass shootings 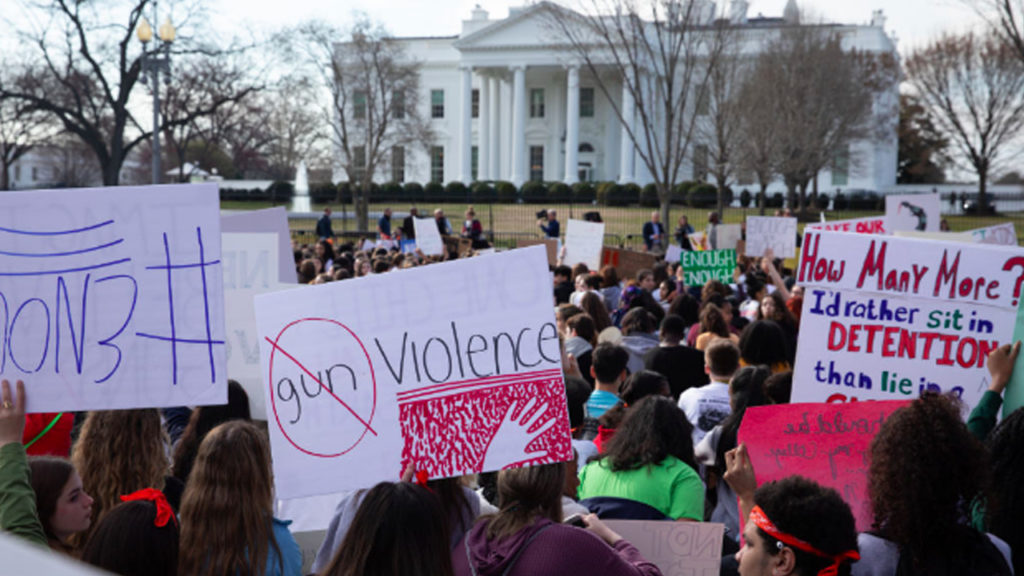 GREG WILPERT: Al Jazeera undercover reporters recently exposed how the National Rifle Association, the NRA, advised Australia’s One Nation right-wing party on strategies for how to relax gun control, and how to respond to mass shootings.

NRA REPRESENTATIVE: It’s probably an unrealistic goal to wipe out a national gun ban overnight. But if you can work around the margins, what that does is A) it improves the lives of gun owners on a daily basis. It does demonstrate to them if they get united and they get involved, or you can start making a difference. You have to kind of break down the narrative so that people’s initial reaction to a gun isn’t negative.

GREG WILPERT: Then on March 15, two military-trained right-wing gunmen opened fire with automatic weapons during the Friday prayer in two mosques in the city of Christchurch, New Zealand. Fifty people were killed, and another 50 were injured. This mass shooting was a traumatic event for New Zealand, but in the U.S., mass shootings have turned almost into routine.

Usually the voices one hears in the U.S. media after shooting are much like Senator Marco Rubio here.

SPEAKER: Our colleagues in the Senate here, from Washington, DC, have already been trying to make this about policy and about gun control. Is this the appropriate time to be doing that?

MARCO RUBIO: It’s not, only because people don’t–they don’t know how this happened. Who this person is, what motivated them, how did they get a hold of the weapon that they used for this attack?

GREG WILPERT: In New Zealand, however, the response was different. For starters, biker gangs pledged to protect mosques and the Muslim communities in New Zealand, making a show of force but not bringing any guns with them. New Zealand’s Cabinet is now pushing forward legislation to ban the ownership of assault weapons.

JACINTA ARDERN: Cabinet today made in principle decisions around the reform of our gun laws. I intend to give further detail of these decisions to the media and public before Cabinet meets again next Monday. This ultimately means that within 10 days of this horrific act of terrorism, we will have announced reforms which will, I believe, make our communities safer.

GREG WILPERT: U.S. President Trump, however, believes that the answer to gun violence is to have more guns.

DONALD TRUMP: And it would be–it’s called concealed carry, where a teacher would have a concealed gun on them. They’d go for special training. And they would be there, and you would no longer have a gun-free zone. A gun-free zone, to a maniac–because they’re all cowards–a gun-free zone is let’s go in and let’s attack.

JACINTA ARDERN: I spoke with Donald Trump this morning. He sought to call us directly. He very much wished for his condolences to be passed on to New Zealand. He asked what offer of support the United States could provide. My message was sympathy and love for all Muslim communities.

GREG WILPERT: Responding to a program in Indiana in which teachers were hurt during a weapons training, Representative Alexandra Ocasio-Cortez published the following tweet: “You know, instead of training children, teachers, houses of faith, and concertgoers to prep for being shot, we should just pass universal background checks, disarm domestic abusers, mandate safe storage, ban bump stocks, semiautos, and hi-cap mags designed to kill people.”