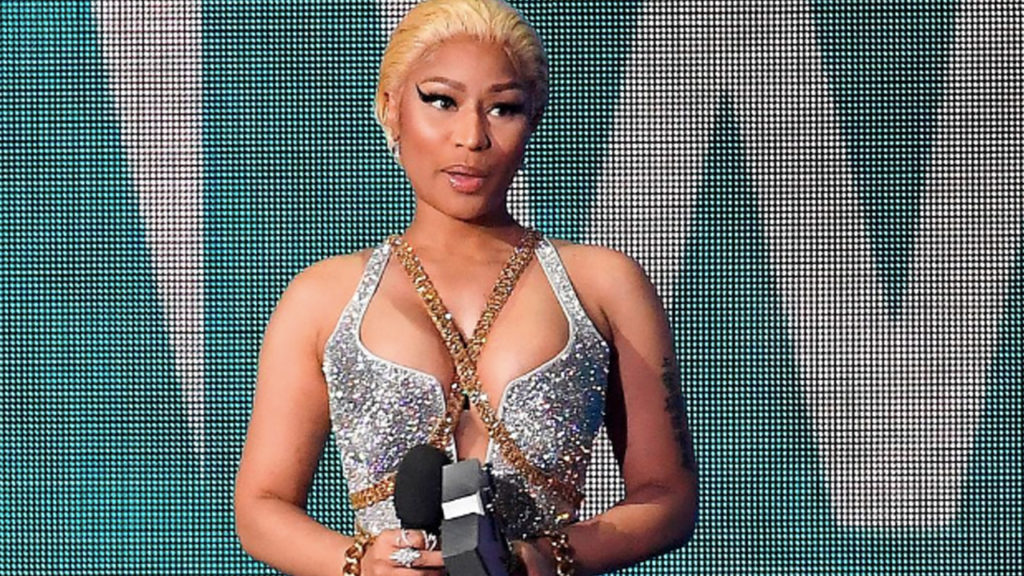 With the following words, famous singer, Nicki Minaj, canceled her participation in a music festival in Saudi Arabia this week. She said, “After careful reflection I have decided to no longer move forward with my scheduled concert at Jeddah World Fest. While I want nothing more than to bring my show to fans in Saudi Arabia, after better educating myself on the issues, I believe it is important for me to make clear my support for the rights of women, the LGBTQ community, and freedom of expression.” It is rather surprising that Nicki Minaj was invited to give a concert in Saudi Arabia since her music is not exactly compatible with the values of the rulers of Saudi Arabia who enforce very strict ethical norms in that country. Here’s a brief clip from her recent song, “MEGATRON.”

GREG WILPERT Minaj’s decision to cancel the concert was a result of a major campaign among the fans of Nicki Minaj and human rights organizations, and set an example for other artists on how they can and should take responsibility for how their art is used by human rights abusers to normalize and whitewash their record. Joining me now to discuss the cancellation of the Nicki Minaj concert is Ariel Gold. Ariel is the national co-director of CODEPINK, and she runs CODEPINK’s campaign for Palestinian rights. Thanks for joining us today, Ariel.

ARIEL GOLD Thanks so much for having me on.

GREG WILPERT So CODEPINK has taken the lead in the campaign to convince Minaj to cancel her concert in Saudi Arabia. Tell us about the campaign. What was the main message of it and why did you consider it to be important?

ARIEL GOLD Well, we noticed that Saudi Arabia has been launching their own campaign to hide the crimes that they’re committing by bringing in performers and musicians, by bringing in theaters and movies, and saying, look, we’re a reforming country. Look, we’re becoming liberalized and, you know, opening our doors. But in reality, Saudi Arabia remains the most gender-segregated country on the planet, a country with a male guardianship system so that Saudi women— this is all Saudi women— are treated essentially like children in order to do such things as marry, divorce, receive a passport, study, or attend a Nicki Minaj concert. Saudi women have to gain permission from a male relative. This could be a husband, father, even a son.

And so, you know, the campaign that we have, the Boycott Saudi Campaign, which was inspired by the BDS movement for Palestinian rights says that we do not want artists, we do not want universities, PR firms and the like, the entertainment industry, to contribute to this whitewashing campaign. And for the sake of Saudi women, for the sake of journalists— and we all are familiar with the brutal murder of Jamal Khashoggi— and for the sake of the Yemeni people who are in the midst of a brutal war thanks to Saudi Arabia, that it’s important to stand up for those people and refuse to perform in Saudi Arabia. Now, Nicki Minaj is the first performer who cancelled upon request and so this is a really exciting and mobilizing moment, and we believe that it’s just the beginning.

GREG WILPERT Now, the issue of women’s rights, as you mentioned, is a large part of the story. And as you say, Saudi Arabia is known as a country that restricts women’s rights. Another issue that this is related to is perhaps women’s sexuality in Saudi Arabia, and Minaj has admitted to using her sexuality to promote her own work. Now, couldn’t a Minaj concert in Saudi Arabia be considered a liberating force for that moment, or is her nonappearance more important? What’s your reaction to that idea?

ARIEL GOLD I have to begin by saying that I was a little curious about what Nicki Minaj would be able to perform in Saudi Arabia. Previously when Mariah Carey performed there, she did agree to cover herself more than she usually does. Now for Nicki Minaj whose music is primarily about sex, the words of her music, and who dresses even more scantily clad than Mariah Carey, this would have gone even further. So she wouldn’t have been permitted entirely to be herself. And either way, I think we have to address the grave human rights abuses against women.

Saudi Arabia has only recently granted women the right to drive. Previously, they were the only country in the world that didn’t allow women to drive. But upon granting women the right to drive, they then arrested and have been torturing the very women who campaigned for that right. And those women right now, many of them remain in prison. They’ve undergone such things as electroshock, beatings, sexual harassment, and even waterboarding. And so this is precisely what we refer to when we say, and we actually call it artwashing— whitewashing through entertainment and music and the like. That this one-day concert where some women can attend is not actually affecting the dire situation that women face in that country.

GREG WILPERT Now, as we’ve already been discussing, it’s a very gender-segregated country, but another form of segregation that goes on in Saudi Arabia is with regard to the guest workers now, who basically would never have a chance to even attend a concert such as this. Now, do you see a connection there. I mean, with Israel. That is, CODEPINK is fighting not just segregation now in Saudi Arabia, but also in a place such as Israel. So how do you see that connection in the Boycott, Divestment, and Sanctions movement against Israel, which has also convinced many artists to pull out of their concerts in Tel Aviv?

ARIEL GOLD There’s a number of similarities. Our Boycott Saudi Campaign was inspired by the BDS movement targeting Israel. And as you said, that movement has been quite successful in getting a number of artists to pull out. Right now, we are asking Jennifer Lopez to cancel her performance in Tel Aviv in Israel. And one of the other similarities is in both cases, the movement hasn’t been able to necessarily have a significant economic impact, but more of a social impact. And when an artist like Nicki Minaj or if Jennifer Lopez does cancel her concert, when they pull out, it has enormous effects— sending a message to that country and to the entire world that these practices have to change.

GREG WILPERT Okay. Well, we’re going to leave it there for now. I was speaking to Ariel Gold, national co-director of CODEPINK. Thanks again, Ariel, for having joined us today.

ARIEL GOLD Thanks so much for having me on.