With more U.S. sanctions expected in November, the Iranian Rial has slid to 50% of its value.  The authoritarian Iranian state must come up with strategies to address poverty, inequality, social welfare, instead of the current preoccupation with interests of the ruling elites says Dr Ali Fathollah-Nejad, visiting fellow at the Brookings Doha Center

With more U.S. sanctions expected in November, the Iranian Rial has slid to 50% of its value.  The authoritarian Iranian state must come up with strategies to address poverty, inequality, social welfare, instead of the current preoccupation with interests of the ruling elites says Dr Ali Fathollah-Nejad, visiting fellow at the Brookings Doha Center 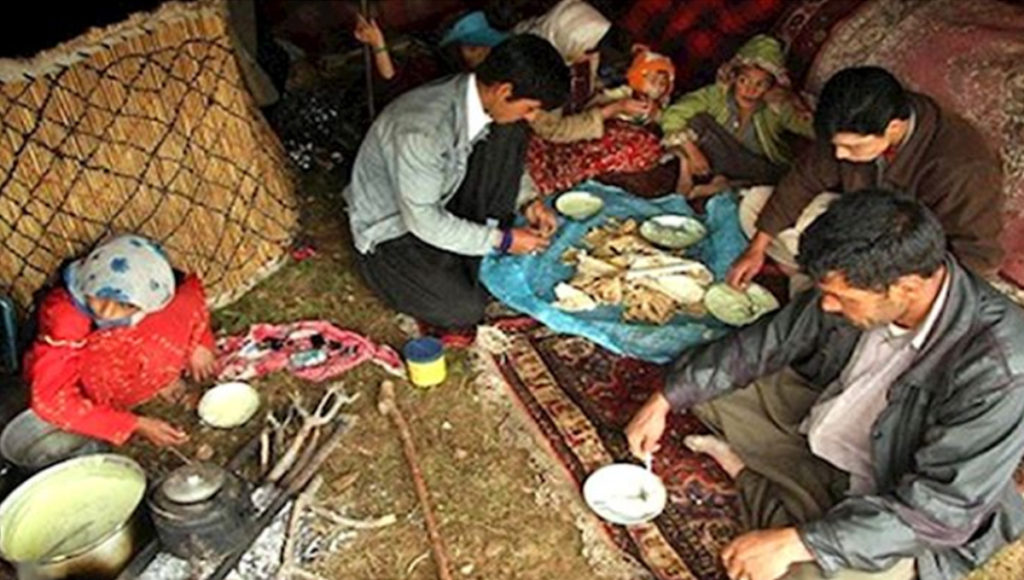 SHARMINI PERIES: It’s The Real News. I’m Sharmini Peries. And welcome back to Segment Two of my conversation with Dr Ali Fathollah-Nejad. He’s an independent scholar based in Doha and Berlin, with a focus on Iran, West Asia, and North Africa. He’s a visiting fellow at the Brookings Doha Center. Welcome back, Ali.

SHARMINI PERIES: Ali, by withdrawing from the JCPOA, Iran’s nuclear deal, the U.S. is carrying out an aggressive economic warfare against Iran so that it sparks an economic crisis that will eventually lead to regime change, or war with Iran. And with the existing alliance of Israel, Saudi Arabia, and the U.S., all this leads to a toxic combination for Iran. So in Part One, you mentioned the authoritarian state’s control of the economy. Explain why that is so debilitating for the domestic economy, particularly given what you mentioned in Part One, which is these state apparatuses and institutions that have such a grip on the Iranian economy.

ALI FATHOLLAH-NEJAD: Well as I’ve mentioned in the first segment, Iran’s economy is basically dominated by semi-state and state entities. The private sector is very marginalized. And those semi-state and state entities have both political and economic power. And those are the Islamic Revolutionary Guards Corps, basically the military that is omnipresent in all economic sectors, in all strategic economic sectors. Then you have the religious foundations that are basically acting as economic conglomerates, that are also quite heavily present in very important sections. And you’ll have other state-related entities who are in the economic field.

So the problem is that you don’t have really a free entrepreneurship that is present in Iran and that can, you know, that can be integrated in the economy and get involved there because of the dominance of the earlier mentioned entities. So this is a very deep structural problem that the Islamic Republic has faced from the very beginning. And this continues until today. And so the kind of policies that the state has employed has, of course, been some kind of populism in terms of, you know, providing some social securities.

SHARMINI PERIES: So, Ali, essentially you’re saying that these state agencies and apparatus has a huge grip on the economy. That could not be a bad thing if the policies of these agencies are actually stimulating the economy, generating a productive economy for the citizens of the country. But your main argument here is that it isn’t stimulating the private sector, it isn’t stimulating entrepreneurship. Dig a little further into that. What do you exactly mean by it?

ALI FATHOLLAH-NEJAD: Absolutely. I mean, in theory this shouldn’t be a very bad thing if the states and those states entities would engage in some kind of sustainable development projects, employment projects. But in the Iranian case, given the intimate connection between political and economic power, what we have seen are high levels of corruption, mismanagement, and projects that are largely to the benefit of those actors alone. So there are numerous cases where you wouldn’t see, actually, many of those projects being beneficial to wider sections of society. And for example, take the issue of the environmental protests that, you know, they are going on in Iran for quite some time.

Many of them been a result of the mismanagement and the construction of dams and other construction projects led by the IRGC. And because in many cases not only they don’t make much economic sense, but they have also a lot of social and environmental costs. So what was happening, what was happening with those protesters and activists, that many of them have been detained. And so there has been huge repression. So on this particular example, you see the intimate relationship between the economic and the political sphere when both spheres are controlled by one single entity. And if you look at the scholarly literature, you see that although during the Shah era, the prerevolutionary era, the issue of the divisions of classes and social inequality have been very strong and were no doubt one of the main drivers of the revolution against the Shah.

But the political economy, the social inequality, has not really changed after the revolution. And this has led by now to a lot of social frustration. You see you know higher rates of social inequality. You have basically half of the Iranian population living around the poverty line. And this is quite startling, given the fact that Iran has one of the world’s largest oil and gas reserves. So it’s objectively one of the richest countries on earth. But the problem is that this wealth is not distributed equally. And you have a very large portion of the Iranian population living in slums; 15 million, according to some estimates. You have very high youth unemployment. One of the highest worldwide, almost 40 percent. And many of these socioeconomic indicators that are quite similar to all those countries who have experienced the Arab Spring in 2011.

So this is a structural problem that is intimately related to a political elite that also monopolizes economic power. So in addition to that, we’ve seen capital flight over the Ahmadinejad government’s era, but also this administration’s period. Hundreds of billions of dollars of capital flight. You have many of the elite families having very large sums outside the country, basically. And all of this, you know, cannot be employed inside of the country, if, even if good economic policies were implemented. So you have this peculiar Iranian combination of monopolistic, capitalist entities, those entities being dominated by the semi-state and state entities that we’ve mentioned, plus neoliberal-leaning administrations of the last two decades who did not really pay attention to those class divides and social inequality that were plaguing Iranian society for quite some time. And as a result of this political and social misery, we’ve seen those unprecedented protests, and this uprising at the turn of the year, and we still see the continuation of protest because of various issues. Not only the very real environmental problems; Iran is facing an unprecedented environmental catastrophe with much of the country being inhabitable in only 15 to 20 years from now. And that’s undermining the very livelihoods of tens of millions of Iranians.

Not only the environmental issue is driving protest, but also, you know, other social and political issues. So whenever you see the protests in Iran that have continued ever since, as I said, you see that many of the grievances may not be political at the beginning. But as soon as people take to the streets, you always hear quite clear anti-regime protests. And all of this shows you that on multiple levels there are, you know, a lot of frustrations but people are cognizant of the fact that it is, it has something to do with the very political structure of the country that does not allow for economic development that is to the benefit of large sections of society. And it also doesn’t allow for political participation for the bulk of society that is excluded from the political process. This kind of participation would be also a meaningful way to have, you know, have good development in Iran. So there is a lot, lots of blockades, economically and politically. Against this backdrop there is huge frustration.

SHARMINI PERIES: All right, Ali, I’m going to take this into a third segment, because in that third segment I want to discuss with you, given the constraints on the Iranian state and given the constraints of the sort of authoritarian elements and the ruling elite that controls the economy of Iran, this is proof, these protests that are taking place, whether they’re political, economic, about inequality, they’re certainly a wakeup call to the states. And if they’re not doing anything about it, it’s only going to get worse. So let’s discuss that in the next segment. I thank you for joining us. For now Ali.

Ali Fathollah-Nejad is a political scientist and currently a Visiting Fellow at the Brookings Doha Center. Ali is also the Iran expert of the German Council on Foreign Relations (DGAP) and an Associate with the Iran Project at the Harvard Kennedy School’s Belfer Center. He holds a Ph.D. in International Relations from the Department of…