Even with the IMF's largest loan ever, Argentina cannot seem to avoid rising unemployment, high inflation, and recession. CEPR's Mark Weisbrot explains that this is because they are following the usual failed neoliberal recipe

Even with the IMF's largest loan ever, Argentina cannot seem to avoid rising unemployment, high inflation, and recession. CEPR's Mark Weisbrot explains that this is because they are following the usual failed neoliberal recipe 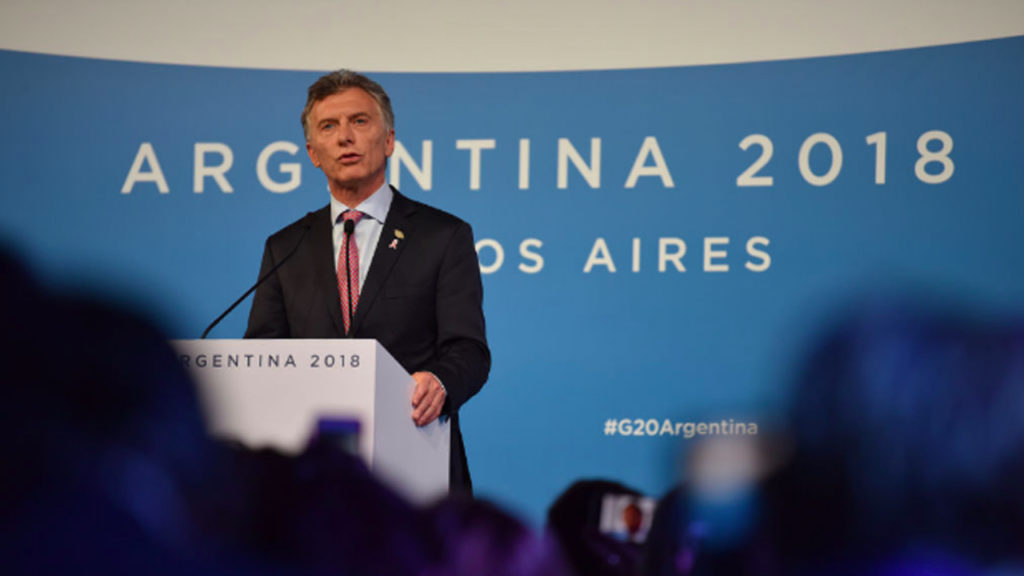 Argentina’s economy shrunk by 6.2 percent in the fourth quarter of 2018. This decline is taking place just when Argentina is also taking a 56 billion dollar loan from the IMF, the largest such loan in IMF history. Inflation, meanwhile, is expected to exceed 40 percent this year, but salaries are only growing by half that amount. Argentina’s conservative neoliberal President, Mauricio Macri, plans to run for re-election this coming October. But as the economy continues to tank, it is unlikely that he will win a second term.

Joining me now to explore what is going on in Argentina is Mark Weisbrot. Mark is co-director of the Center for Economic and Policy Research in Washington, D.C., and the author of the book Failed: What the “Experts” Got Wrong About the Global Economy. Thanks for joining us again, Mark.

MARK WEISBROT: Greg, thanks for having me.

GREG WILPERT: So last time we had you on to talk about Argentina was last December. And since then, it seems that the Argentine economy is doing worse than had been expected. Give us an idea as to what is happening and why the economy is still shrinking.

MARK WEISBROT: Yes. Well, as you mentioned, inflation is expected to be 40 percent this year. The IMF had projected it when they signed this agreement at 20 percent for this year. And the economy was supposed to be growing by now, and it’s not, it’s shrinking. And the number you mentioned was for December, the last quarter of last year over the same quarter a year before. So it’s getting worse.

And I think the problem was they had the wrong prescription. So they had an economy–we have to go back to when the latest crisis started. It was in May of last year, and there was capital flight. A number of banks and financial institutions and investors pulled out of Argentine bonds. That caused the peso to fall, this increased inflation, and the combination really created a kind of financial crisis. And so, the IMF solution, which they signed this agreement, as you mentioned, for the largest IMF loan in history, 50 billion, and then they upped it 56 billion when the economy did much worse than expected, their solution was to restore confidence, investor confidence. And their method for doing that was to, and continues to be, tightening the budget, austerity, as it’s called, and also monetary austerity, so in this case, targeting the actual money supply and saying that it can’t grow at all.

And then, of course, it didn’t work. The IMF did its first review towards the end of last year and they just doubled down. So they increased the fiscal tightening, the government achieved that target, got a zero primary budget deficit, or a budget balance, for the year, for the primary, non-interest part of the budget. And so, now they’ve doubled down again by tightening monetary policy again. And interest rates are the highest in the world, over 60 percent. They were supposed to come down to 30 percent this year. So it really does not look good going forward.

GREG WILPERT: So forecasters say that Macri could be reelected in October if the economy were to recover, and if it doesn’t recover, former President Cristina Fernandez could stage a comeback. Now, you’re saying it doesn’t look good for Macri. I mean, what do you expect to happen between now and October when the presidential election will happen?

MARK WEISBROT: Well, it doesn’t look like there will be a recovery. The combination is kind of deadly. You’ve got these really high interest rates, you haven’t calmed the markets, the peso has fallen. As of a week ago, it was 8 percent down from the end of last year. But when you’ve taken all these measures, you have all these advantages, the government has all these advantages, this giant loan from the IMF, it just looks like they’re pursuing the wrong policies. The austerity and the impact of the austerity on the economy, and even the financial markets, is really undermining confidence and it’s dragging the economy down.

So unless something really big changes–you know, they have had another positive development that should have helped them, and it’s not. And that is the Federal Reserve decided to not raise interest rates as was anticipated. Now they’re expected to not raise interest rates at all over the next year. That was one of the things that was widely seen as one of the causes of this crisis back in May. Because as the Fed raises interest rates–they’ve raised it nine times here in the U.S. since 2015–as the Fed raises interest rates, this pulls capital out of Argentina. And so, the markets can also panic in response to that, anticipating further increases. Now they have a much more friendly Fed policy in the U.S., and yet still the economy is doing terribly.

GREG WILPERT: Of course, with the IMF loan, Macri certainly seems to enjoy a certain amount of benefit. It seems like the IMF is actually helping Macri. I mean, if Cristina Fernandez have been in office, then she probably wouldn’t have gotten this loan. What do you think is the role of outside forces in terms of helping Macri get reelected?

MARK WEISBROT: Well that’s the paradox here, obviously. I think the IMF is just really being kind of foolish here. They want Macri to win, that’s why they gave him this huge loan. And the United States wants Macri to win, this is part of–the IMF is not independent of the U.S. Treasury Department in this hemisphere, and especially with Trump in there, because they’re even more actively politically trying to help Macri. He’s part of their coalition of the willing that wants to–he’s committed to overthrowing the Venezuelan government. But he’s been with them for a long time, that’s why they’ve done all these things for him.

They cut off the loans from the Inter-American Development Bank, for example, for Cristina Kirchner before Macri, and then they restored it as soon as he was elected. The judge in New York who held over 90 percent of Argentina’s creditors hostage, that was Judge Griesa, for the vulture funds, he of course also immediately reversed his decision as soon as Macri was elected. And he even said that’s why he did it. And so, you have all of these forces in the U.S. that really want Macri to be reelected. And then, the other thing is they’ve built up a new dynamic which is hurting them right now, because now they have to kind of convince the markets that Macri could lose, and the markets, of course, which are dominated by these investors, both foreign and domestic.

So that means every time something goes wrong and the probability increases that Cristina could win, that also causes disturbances in the financial market again; peso control, inflation goes up in anticipation of further falls, and so on. So this is a real problem. And the IMF is kind of worsening it, I think, because of their dogma in how they view the solution, even though the U.S. Government is committed to helping Macri when any way they can.

GREG WILPERT: Well, we’re going to have to leave it there for now, but it’s certainly a topic that we want to come back to, especially this issue of the role of international financial markets of the IMF, of the U.S. Federal Reserve, all of them in terms of pushing economic policy in different countries in their preferred direction. That’s really an issue that we really should be focusing more on.

Well, we’re going to leave it there. I was speaking to Mark Weisbrot, co-director of the Center for Economic and Policy Research. Thanks again, Mark, for having joined us today.