Civil rights lawyer and activist Arjun Singh Sethi says, "Even the CIA actually came out and said it would be a mistake, because in many ways the Muslim Brotherhood more recently has been a force of moderation and democratization in the Middle East."

Civil rights lawyer and activist Arjun Singh Sethi says, "Even the CIA actually came out and said it would be a mistake, because in many ways the Muslim Brotherhood more recently has been a force of moderation and democratization in the Middle East." 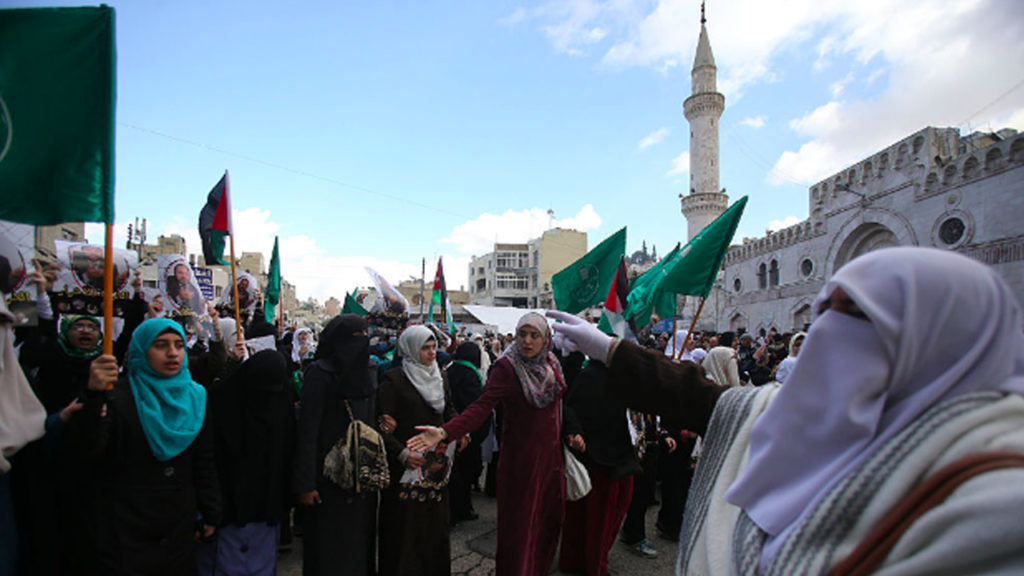 The Muslim Brotherhood was founded in 1928 in Egypt by a schoolteacher and scholar, Hassan al-Banna. It is a Sunni movement and its message is about combining political work with Islamic charity work; thereby, winning the hearts and minds of the population and urge them to join Islam. Over the years and especially with the Arab Spring, the Muslim Brotherhood became a major player, especially when Egyptians elected Mohamed Morsi, [of the] Muslim Brotherhood party, President just after the Tahrir Square Revolution. The US is now poised to join Bahrain, Egypt, Russia, Syria, Saudi Arabia, and the UAE, as countries which consider the Muslim Brotherhood a terror organization. Joining me now is Arjun Singh Sethi. He is a community activist, civil rights lawyer, author and Professor of Law at Georgetown University. He is also the Editor of American Hate: Survivors Speak Out. Welcome, Arjun.

ARJUN SIGNH SETHI Thank you so much for having me.

SHARMINI PERIES All right, Arjun. Let’s just start off with the very basic question. Who is the Muslim Brotherhood today?

ARJUN SIGNH SETHI Well, as you pointed out, the Muslim Brotherhood was founded in Egypt in the 1920s and it really was a cultural movement that sought to instill Muslim values into everyday life, but it has since grown. It is now a major social and political movement that has a major presence across many countries in the Middle East and that’s, sort of, where it stands today. The Muslim Brotherhood does not have any known presence or affiliation inside the United States.

SHARMINI PERIES So then why does the United States want to— and it’s seriously being considered in Washington at the moment— why do they want to declare it a terrorist organization at this moment in our political history?

SHARMINI PERIES Give us a sense of why this has come to fruition today. Now, the Muslim Brotherhood is obviously very active in the Middle East. A lot of countries, like Qatar, Saudi Arabia, the United Arab Emirates, others, even Turkey has supported this as an organization, and they are functioning in these countries and they financially support this organization. So, why has it suddenly become such a critical issue to declare them a terrorist organization?

ARJUN SIGNH SETHI Well, again, I do think it’s been a longtime ask of a lot of President Trump’s domestic Islamophobic base, but I also think there is this sort of international dimension. We know that the President of Egypt specifically asked President Trump to designate the Muslim Brotherhood a terrorist organization, so has Saudi Arabia, so has Turkey. It isn’t surprising that it is authoritarian regimes, totalitarian regimes, that are making this ask because for them, it’s just a mechanism to consolidate power. It’s a mechanism to crush religious dissent and continue this broader campaign of waging war on a particular version of Islam, but also Iran. In that sense, I do think that there is this domestic dimension of criminalizing Muslims and Arabs here in the United States, but there is also this international component that is, again, being offered and promoted by these authoritarian regimes in the Middle East as a mechanism to consolidate power and crush various social-political movements that have actually had some popularity with the people.

ARJUN SIGNH SETHI You know, it’s hard to say and I do think that in the Middle East we’ve seen shifting alliances. I think one of the strongest alliances in the Middle East today is actually the alliance between Israel and Saudi Arabia. And so, these alliances shift. I think Qatar is a country that for the most part often is defined by its relationship to other states. And so, it’s not clear to me how much ultimately agency they have, but I do fundamentally believe that this is really just a mechanism to criminalize Muslims in the United States and to criminalize different forms of Islamic expression, really, across the world. I would also point out that two different US administrations specifically looked into the question of the Muslim Brotherhood and found that this is not an organization that supports terrorism— the Obama administration and the Bush administration. As recently, I believe, as 2014 or 2015, the UK looked into this as well and also decided against calling the Muslim Brotherhood a foreign terrorist organization. And so, the Trump administration would really be breaking with decades of US law and even practices and procedures that have been followed by our allies.

SHARMINI PERIES So then, how do you explain countries like Russia, UAE, the whole list of people I mentioned off the top, declaring it a terrorist organization?

ARJUN SIGNH SETHI Well, I mean, if you think about Russia, Russia has waged war on their domestic Muslim population. We’ve seen really since the Arab uprisings in Tahrir Square that any form of political opposition, whether it’s secular or whether it’s religious, in many ways has been crushed by these states. And so, I really do think that part of what’s going on here is that these countries are really trying to consolidate power. They see the Muslim Brotherhood as a threat. They see the Muslim Brotherhood in some ways as an organic movement that in some cases is actually galvanizing popular support and there’s no better way to chill that movement, to crush that movement, than be part of an international campaign to criminalize the movement and to criminalize anyone who supports it.

SHARMINI PERIES All right, Arjun. We’ll leave it there for now. There’s so much more to discuss and we are hoping to have you back at some point. Thanks for joining us, Arjun.

ARJUN SIGNH SETHI Thank you so much.