Mueller’s Statement: Why is it Unconstitutional to Indict a Sitting President?

Mueller says a legal analysis of a DOJ Policy prevented him from charging the president. Professor Doug Colbert says one objective for Mueller was to put some distance between himself and Attorney General Barr’s representation of his report

Mueller says a legal analysis of a DOJ Policy prevented him from charging the president. Professor Doug Colbert says one objective for Mueller was to put some distance between himself and Attorney General Barr’s representation of his report 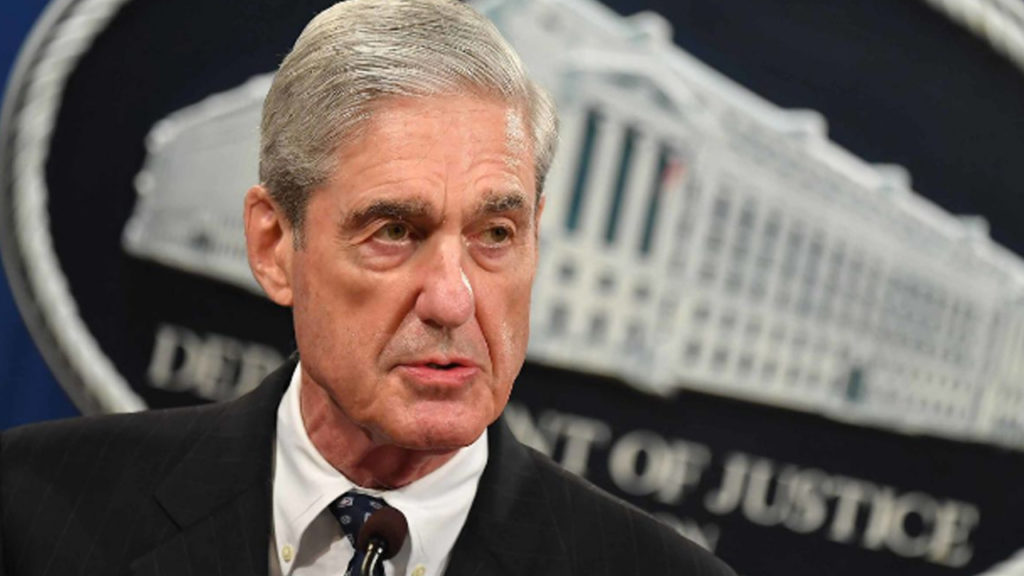 Robert Mueller was very nuanced in his press conference held Wednesday when he clarified what was in his Russia interference investigation of 2016.

ROBERT MUELLER: It explains that under longstanding department policy, a president cannot be charged with a federal crime while he is in office. That is unconstitutional. Even if the charge is kept under seal and hidden from public view, that, too, is prohibited. Charging the president with a crime was, therefore, not an option we could consider.

SHARMINI PERIES: On to talk about these statements with me is Professor Doug Colbert. The professor teaches criminal law, constitutional law, at the University of Maryland School of Law. Good to have you here, Doug.

DOUG COLBERT: Good to be here, Sharmini. Thank you.

SHARMINI PERIES: All right, Doug, let’s take apart what Mueller said. Now, he said if he or his team had confidence that the president clearly did commit a crime, he said, we would have said so. Then he went on to say he had no authority to charge him due to a longstanding Department of Justice policy, that the DOJ policy actually prevented him from doing so. Now, a sitting president apparently cannot be charged with a federal crime while he is in office, and Mueller says that is unconstitutional. So explain all of this.

DOUG COLBERT: Sure. Well, DOJ, Department of Justice, made a ruling about 45 years ago that indicated just that, that a sitting president cannot be charged with a crime because of the responsibilities that the commander in chief has, and that the president has. And because DOJ policy controls Robert Mueller’s appointment as a special prosecutor, Mr. Mueller is simply emphasizing that he had no option here to charge President Trump with a crime. And at the same time, he’s saying that there was insufficient evidence to exonerate the president, to say that no, you did not commit a crime, you did not obstruct justice or collude with the Russians.

So he’s clarifying for us something that’s very important. And it’s contrary to what Attorney General Barr had told the nation weeks ago when he indicated that the DOJ policy was not taken into consideration, was not the basis for Mr. Mueller not reaching a decision himself. And so you have a real inconsistency here between what the attorney general said and what Mr. Mueller told us today.

SHARMINI PERIES: All right. Now, it seems to me it is a closely guarded principle here in the United States that no one is above the law, not even the president. That is, you know, when you talk to people, not just legal scholars and lawyers, but just average people believe that. So why is it unconstitutional, according to Mueller, to charge a president with a crime?

DOUG COLBERT: Well, it has to do with the process by which a president would be accused in this situation. What Mr. Mueller basically said today was I have done my job for the last two years. I’ve given you a 440-page+ report, I’ve documented what witnesses have said. So I’ve done what I was asked to do. I’m not able to do anything more because of the DOJ ruling and policy. So now it’s up to Congress, now it’s for the elected officials to hold hearings and to decide whether or not sufficient evidence exists to impeach the president, to formally accuse him of different high crimes and misdemeanors.

SHARMINI PERIES: Now, that is a DOJ policy, but there’s nothing in the Constitution that says this, is there?

DOUG COLBERT: Well, the constitutional reference that Mr. Mueller refers to is a legal opinion that was offered by the Department of Justice. You’re absolutely right that the president is not above the law. The question is whether or not he can be charged with crimes while in office, or whether–he certainly could be charged with crimes once he leaves office. So that’s that’s the difference here. It’s a question of process and timing of any possible charges against the president.

SHARMINI PERIES: All right. Now, Mueller squarely puts the responsibility to carry on this issue in the hands of Congress. So what do you anticipate will be the next steps of Congress with this information that’s now been bestowed upon them by Mueller?

DOUG COLBERT: Well, it gives a big boost to those who are calling for impeachment hearings. And I think in many ways it is even gives their leader Nancy Pelosi more reason, after the Mueller press conference, to be able to say we have a job to do here. We have to have a hearing. We have to call witnesses. We must determine whether or not the President obstructed justice.

I mean, Mr. Mueller made two very important points here at the outset. One had to do with the fact that Russia clearly interfered with a national election in 2016. And you couldn’t find a more serious intrusion on the democratic electoral process than to have a foreign country do everything it could to upset the will of the voter.

And secondly, he also talked about the fact that obstructing justice is a very serious crime, as well. And I think without his making specific reference, we’re watching right now witnesses being instructed by the president not to testify before congressional committees, not to turn over documentation. And so this becomes a very serious obstruction charge. And I think that everything that Mr. Mueller said will lead–should lead–to other actions being taken by our elected officials.

SHARMINI PERIES: All right, Doug, now, if Mueller felt constrained, he did put out there that, you know, there may have been a crime committed. What prevents the DOJ from actually moving forward on indicting or laying charges against the co-conspirators of Trump’s crimes?

DOUG COLBERT: Well, I think Mr. Mueller would probably say that they indicted quite a few people who had a substantial role in the collusion effort. And I think what he would also say is that he would not go as far as he could have gone with other potential co-conspirators, because they would have implicated the president. And I think he probably found that the impeachment process would be the best way to bring out the evidence against other co-conspirators, rather than using the criminal process. There is a statute of limitations. It’s not as though the president or members of his family got a clean bill of health today at all. It’s simply that Mr. Mueller wanted to clarify, also wanted to put some distance between himself and Attorney General Barr. And I think he did both in a way that was without the drama, was without the exclamation mark, but certainly allows people, elected officials, and the public to understand there’s a lot that still needs to be told here before the president could ever assert that he had nothing at all to do with the Russian effort to undermine our election.

SHARMINI PERIES: All right, Doug, let’s leave it there. I’ve been speaking with Professor Doug Colbert, who teaches criminal law and constitutional law, among other subjects, at the University of Maryland School of Law. Thank you so much for joining us today.

DOUG COLBERT: My pleasure. Thank you very much.