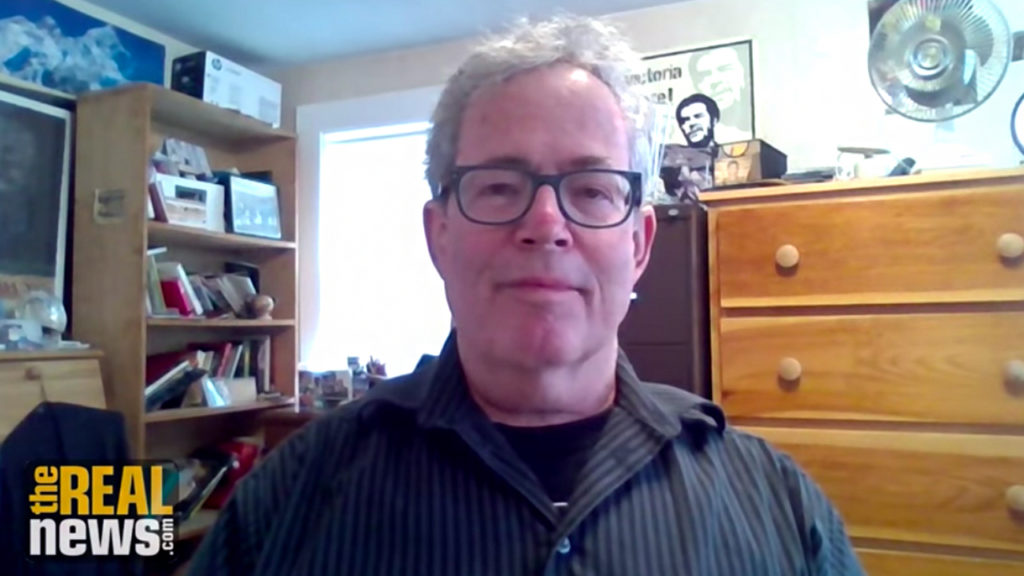 PAUL JAY: Welcome back to The Real News Network.

In this series on Modern Monetary Theory, Randall Wray was promised a chance to respond to Jerry Epstein, and Jerry is now going to respond to Randall Wray. And we’re going to put it all up on one page, and you get to watch it all and decide for yourself where you stand on this debate. And we’ll be doing quite a bit more of these interviews and back and forths and debate. At any rate, now joining us to give his response to Randall Wray is Jerry Epstein. Thanks for joining us, Jerry.

PAUL JAY: And just to remind everybody, Jerry is a co-director of the Political Economy Research Institute at Amherst and is a professor of economics at UMass Amherst. So Jerry, go ahead. What did you think of Randall’s interview about explaining what Modern Monetary Theory is?

GERALD EPSTEIN: Well, first of all, thanks for giving us the opportunity to have this discussion. Well, the first thing is that on the positive side, I would say that Randy’s discussion of how to think about financing the Green New Deal and so forth is something that has aspects that I share some points with him. The general point that he made is that we really, in the first instance, need to be concerned about the real resources we have available to put on something like the Green New Deal, how much with our technology is, how many workers we have available. And then in the first instance, the financing of a program like this isn’t necessarily the most important thing.

But where I disagree with Randy is that in his interview, he didn’t really focus on what Modern Monetary Theory or Modern Money Theory has to contribute to the debate. And in my view, the problem is that MMT as a theory doesn’t really have a lot to contribute, or anything much at all really. The points of view about the importance of something like the Green New Deal, the fact that in our current situation, the United States could finance something like the Green New Deal, we don’t need Modern Money Theory to tell us that. Modern Money Theory is a theory that says a sovereign money country like the United States can afford to do anything because all it has to do is print more money. And when they say it can afford to do anything, all it means is that a country that prints its own money never has to declare bankruptcy.

Well this is true, but it doesn’t really tell us what are the macroeconomic implications of printing a lot of money to finance a very large and expensive program like the Green New Deal. It doesn’t talk about how that traces through our whole economy and what financial and other complications it might cause. What we need, I think, is a broader macroeconomic theory that allows us to understand the impacts on inflation, the impacts on exchange rates, the impacts on capital flows. And I know that Randy is aware of all of this, but the Modern Money Theory doesn’t really help us in understanding this.

So what I would like to see is the Modern Money Theory people be a lot clearer when they talk about policy issues like funding the Green New Deal, of all the constraints that would appear in funding such a huge program and how they propose to deal with these constraints. And once we start talking in real terms about how to deal with these constraints and how to manage them, then I think there’s a lot more common ground between the MMT people and other heterodox economists who think about these things about how to move forward. And this would be a lot more helpful for progressives, understanding these nitty gritty kinds of aspects of dealing with these problems than just thinking, “Well, we can afford it, we don’t have to worry about it.” So I’d like to see a much more elaborate discussion on these pragmatic issues.

PAUL JAY: All right, cool. Well, we’re going to let you viewers decide for yourself. And more importantly, this is just the beginning of this conversation, and I’m hoping we can have people on a panel together to discuss this. My guess is there is more in common, at least on the progressive side of this debate, than there is division on this theory. At any rate, thanks very much for joining us, Jerry.