Another US Housing Bubble? 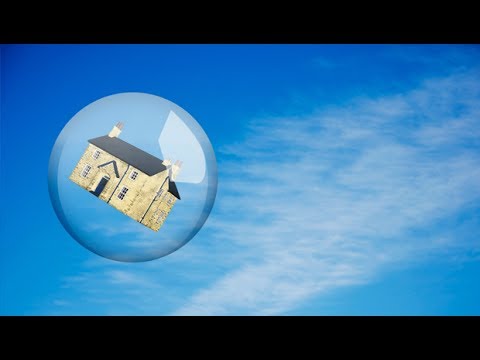 SHARMINI PERIES: It’s The Real News Network. I’m Sharmini Peries, coming to you from Baltimore. Just prior to the economic collapse of 2007-2008 there were several economic indicators which could have given us a clue of the impending disaster. If we look at the economic situation today in the US, we find many of these very same indicators. Housing prices are getting very high. Credit card debt has begun to rise again. Student loans are in default, many of them, and the stock and bond markets reached an all-time high.

Are we actually in another housing bubble just nine years later? On to talk about this with me is Michael Hudson. Michael is Professor of Economics at the University of Missouri, Kansas City. He is the author of The Bubble and Beyond and Finance Capitalism and Its Discontent. His most recent book is titled Killing the Host: How Financial Parasites and Debt Bondage Destroy the Global Economy. That’s actually not his latest book. His latest book, which we have covered extensively, is J is for Junk Economics. Michael, good to have you with us.

SHARMINI PERIES: Michael, about 10,000,000 families lost their homes in the 2007-2008 crash, and many of these homes were bought by hedge funds such as the ones organized by Blackstone let’s say. The hedge funds didn’t really resell the housing that they bought, but rather hung onto them and rented them instead. But let’s really start off with the indicators that you had highlighted for me in an email, saying we might already be there in terms of another crisis. Give us the essence of what those indicators are and why you predict that.

MICHAEL HUDSON: Many of the indicators may be the same, but the character of the crisis is very different now from what it was in 2008. You mentioned, for instance, that real estate prices have now just on the average exceed their early 2008 levels. All that’s true, but as you just pointed out, 10,000,000 people have already lost their homes. That’s what economists call housing moving from weak hands into strong, and they applaud that because instead of poor families, minorities, blacks and Hispanics buying homes that are way beyond their ability to pay the mortgage on, these houses have already been lost or foreclosed and Blackstone bought them, and other hedge funds bought them. They bought them for all cash.

The reason they did that instead of debt leveraging, which is how people had been buying their houses in World War II, is the interest rates are so low, the Fed was plunging at zero interest rate policy in order to try to reinflate a bubble, but with these low interest rates Blackstone and other hedge funds, Wall Street, could make more money renting out these properties than they could actually selling them or speculating them, or that they could make in the bond market.

The effect is very interesting. Leading up to 2008, rents were actually going down. The more real estate prices were going up, the lower rents were falling, because 17% of the market was by flippers, by speculators who borrowed to buy an apartment and they thought okay, we’re going to buy a condo, buy a house, we’re going to wait for the price to be inflated. They all were desperate to find somebody to live in these apartments to at least help cover the interest expense of buying these things.

Well, the result was that rents fell. Right now it’s exactly the opposite. The rents are going way up because there’s much less property available either to buy or to rent. People can’t afford to qualify for the bank loan, so they can’t afford to buy housing, and they can’t find rental apartments because these have been monopolized maybe 20% in some areas by the hedge funds and Blackstone and other people.

My friend, Gary Null, for instance, had Blackstone buy his building, smashed the furnace, wouldn’t turn on the heat, and forced them to move out so it could empty out the property and try to raise the price that’s on commercial real estate. So these guys are really putting the price war back in business.

Housing prices are going up in Canada and Australia, but again it’s not so much a bubble like it was before. It’s a shift of … The whole financial structure has shifted, largely because it’s being bought by very wealthy absentee owners instead of by the population as a whole, and so the rate of home ownership in America has fallen by about six percentage points. That’s about 10% of the housing population, so you’re having a housing way beyond the ability of most Americans to afford and beyond what banks are going to lend to buy a house.

SHARMINI PERIES: All right. How does this benefit those holding the property, like hedge fund owners?

MICHAEL HUDSON: They can make a large return renting it out. They can make five, 10, 15%, and that’s much more money than they can make in the bond market and it’s much more secure money than they can make in the stock market, because stock prices may go down and corporate sales may go down as the economy shrinks, but the people are desperate to have housing. It’s the one thing they absolutely need, so rents now are rising as a percent of the American budget. They’re 40% to 50% in places like New York City, San Francisco, the high rent areas of the country.

MICHAEL HUDSON: That’s the other thing that’s changed. What was powering and pushing up prices in 2007 and ’08 were loans to borrowers with no income, no jobs, and no assets. As Bill Black has explained on your show, these are largely fraudulent loans. The frauds were the banks. The frauds were the mortgage companies that just faked the incomes of the buyers and would lend for almost the entire mortgage.

But the banks knew that they couldn’t pay and the government knew that they couldn’t pay, so they made … The government made a sweetheart deal with the banks. You can make all the loans to students you want. You can lend them as much money for any education, even for junk education, for junk colleges, or for-profit colleges like Trump’s college, and we know that the students are going to default, but we’re going to guarantee your loans and we’ll guarantee a higher rate of interest than you can make on any other loan, because we’re going to charge a high risk … We know these loans are risky. We know they won’t pay, but the government will take all the risk and we’ll pay you as if you were taking the risk and as if you were making a real loan, thinking you’d get repaid.

The whole student loan scandal is a corrupt … It shows the degree to which the universities and the government loan system has been taken over by the banks writing the loans to give themselves a free ride at public expense.

SHARMINI PERIES: Michael, the federal government already guarantees student loans, so when they default on these loans does paying it back come out of the public purse?

MICHAEL HUDSON: Yes. Not only paying back the loan, but paying the loan with enormous interest, higher than the banks can get on any other kind of loan, and very heavy on penalty fees, so the banks are basically cleaning up on these. The ultimate beneficiaries, if you can call them beneficiaries, are the university, because the basic principle in real estate that we learned in 2008 was that a house is worth whatever a bank is going to lend. Well, the same thing for education.

An education is worth however much a bank is going to lend against it, and the bank will lend everything that it costs, because there’s no risk, there’s no need for the banks to say is this a junk education? Is this an educational loan that the student is really going to be able to get a job from, or is it a Trump University loan or a for-profit university loan that is not really preparing the student for making enough money at all, and does the student have a choice?

What’s happened is the price of education has gone way, way up because banks are basically funding an enormous growth in the price that universities can charge for an education. Now the pretense was that if universities charge more, like NYU charges maybe 40,000 for undergraduate and 200,000 a year for dental school … The idea was the higher price of an education, you’d learn more, but that’s not what’s happening at all.

The universities have been turned into profit centers and they’re not hiring more professors, they’re hiring more part-timers, and then enormous growth in middle management and upper management. So all these bloated university expenditure costs are going to the management system, not to the teaching, not to professors, and not to turning out a good profit.

So the effect of student lending has been to distort the educational system, to turn universities like NYU into a big real estate company. They’re using the money to buy more real estate, to build up all sorts of extraneous things that don’t have anything to do directly with classroom teaching at all, so hardly by surprise the students are not getting enough of an education to prepare them to earn the money to pay these loans.

SHARMINI PERIES: Michael, lastly I want to ask you, you are predicting, or you speak of a slow crash rather than a big crash like we experienced in 2007-2008. Tell us about that.

MICHAEL HUDSON: Well, the problem in 2008 was the economy was over-embedded. The way to solve the problem is to do what crashes normally do. Most crashes wipe out debt, and so the recovery begins from an economy with a much lower level in debt, but the Obama Administration, although it had promised to write down the debts, never did. It supported the banks and it left all the debts on the books, so the economy still has all of the debt that it had in 2008, the debt is growing.

Over the weekend, for instance, the New York Times celebrated, saying the economy’s optimism is going up because debt is rising. If you look at the National Bureau of Economic Research, economists call running into debt optimism because they assume that all debt is a choice, people are choosing to be so broke that they have to run into credit card debt and borrow from the banks more.

If you look around New York University, for instance, which used to be a thriving area, right now 8th Street and the big shopping streets are all boarded up. The storefronts are closed. Nobody is in them because nobody can afford to go and eat out or buy books or even buy shoes and clothes that they used to buy on these shopping streets because they have to pay so much for their education that’s been pushed up by the reckless student loan lending.

SHARMINI PERIES: All right, Michael, so much more to discuss. I thank you so much for joining us for now. I’m looking forward to your report next week. Thank you.

Racial Inequality Is Rooted in Denial of Home and Land Ownership