Trump's infrastructure plan will privatize all the benefits for the financiers and make sure that the population at large gets zero benefit from it while paying the costs, says economist Michael Hudson

Trump's infrastructure plan will privatize all the benefits for the financiers and make sure that the population at large gets zero benefit from it while paying the costs, says economist Michael Hudson 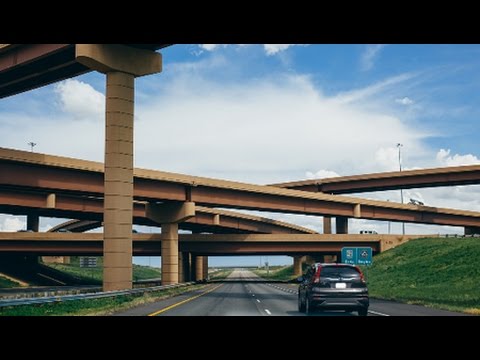 SHARMINI PERIES: Welcome back to The Real News Network. I’m speaking with Michael Hudson, the author of, “J is for Junk Economics, a Guide to Reality in the Age of Deception.” Let me hold it up for you. Don’t miss it. We’re going to be talking about this book, and some of the misleading concepts that are out there, in terms of economics, and understanding economics.

Being able to talk about economic concepts with a bit more knowledge than we have, requires reading this book. So, thank you for joining us, Michael.

MICHAEL HUDSON: It’s good to be back in Baltimore.

SHARMINI PERIES: So Michael, now one of the things that you really try to tackle in this book is, of course, the euphemistic concepts of economics, and Trumps economic plan has focused on infrastructure investment, as one of its key plans for the economy. And of course, he says that this will create a better business climate, and create good jobs. What do you think of that?

MICHAEL HUDSON: Well, everybody is in favor of infrastructure, and if you look, since the very beginning of civilization, with the Pyramids, and the Temples, and the city walls, most of the capital investment in every country of the world, even today, is in infrastructure. That’s why the banks, and the corporations, and the rich people, want to privatize it, because if you privatize it, then this is like conquering a new country.

You can take into your own hands, for your own profit, the largest capital investment there is, what used to be in the public domain. The roads, the railroads, the airline companies, the water and sewer systems, everything that people need, the schools — you can somehow privatize, and instead of providing them to the economy, to make the economy operate at a lower cost, you can make people pay two or three times as much. You can vastly increase the cost of the economy, without increasing wages, squeeze the living standards, and suck up more and more money to the very top of the economic pyramid.

So, I do talk about infrastructure in the book, but I also talk about individuals. And one individual, in the dictionary that I use, is Simon Patten, who was the first economics professor at the first business school in the United States, the Wharton School, at the University of Pennsylvania.

And Patten said there are four factors of production. Classical economics talks about three factors of income — land, labor and capital. But there’s a fourth factor of production, and that’s public infrastructure. However, the function of public infrastructure, Patten said — and this is the capitalist saying it, this is the business school — the function of public infrastructure, roads, schools, is not to make a profit, like a private investor would do, but to lower the cost of living, and lower the cost of business, to make the economy more competitive.

So, if a country does what the United States did, and finance a vast public school system, public education system for agricultural education, low cost roads, low cost transportation, water and sewers, parks, communications — if you provide all of this either freely, or at least at a very subsidized price — then you’re going to undersell economies that don’t socialize the means of production.

And that’s why, Patten said, socialized economies with active pubic infrastructure, can undersell other economies. Because imagine if you’re competing with an economy that does what Margaret Thatcher did in England. Where you privatize the electric company, everybody’s electric rates go up, double and triple. Privatize the roads, privatize the airlines, well, the private owners are going to want to make — first of all, they’re going to want to borrow all of the money to invest, and they’re going to pay interest on all of this. And they’re, usually the rate of return over and above interest by the privatizers in the United States, they’re 12%.

That’s Romney, and other people, who have hedge funds, that are privatizing. They’re going to add all sorts of managerial costs; interest, profits, and they’re going to make a capital gain on the stock. And all of these payments to the private participants, in what’s called a private-public partnership, all of this is going to vastly increase the cost of this infrastructure.

So, there’s a clause in the private-public partnership now, that if a state lets a private investor build a toll road, you can’t build any other roads. You have to force people to use the toll road. This is not a free choice economy. This is, you want to steer everybody in… You want to make the infrastructure into a monopoly.

Well, the whole purpose of public investment for 100 years in the United States was to prevent monopolies. That’s why we had anti-monopoly regulations. That’s why America put into effect the anti-monopoly rules. And that’s what made America so much more competitive in the late 19th century, and the early 20th century. And it was able to undersell European countries, and other countries that followed the private emphasis of public partnerships.

So, the public-private partnership isn’t really a partnership at all. It’s, you socialize the losses, and you privatize the profits, and you turn this infrastructure, instead of society being the benefit of roads, schools, cable TV systems, communication systems. Instead of providing all of this technology to society at a low cost, or even freely, to lower, so that people don’t have to earn enough wages to pay all these costs. All of a sudden you raise all the costs. And what this is doing is, squeezing family budgets.

For instance, by privatizing healthcare, people have to pay much higher health insurance in America than anyone else. Because you have to pay the insurance companies, you don’t have monopoly rules against the pharmaceutical companies. You don’t even bargain with them, to buy in the cheapest market. You buy in the most expensive market, because they’re your campaign contributors, and that’s what you’ve promised to do.

So, this idea of the way that Trump will try to do an infrastructure is exactly the upside-down way to do it, the wrong way to do it. It’s to make his class rich. And if you’re building, say, transportation, you’re going to vastly increase the value of real estate, all along this transportation. If you build new schools, you make the neighborhood more desirable for people to go.

Normally, the whole idea of classical economics was, you recapture all of this value that you’ve created by pubic investment. You self-finance it by recapturing it as taxes. That wouldn’t be the case with Trump. He’s not going to recapture anything. You privatize all the benefits of the infrastructure, and his aim is make sure that the population at large gets zero benefit from it. That all the benefit goes to the financiers, and the corporate owners.

SHARMINI PERIES: Why are you so apprehensive? I mean, when you… when Trump talks about the cost of pharmaceuticals, for example, he says the problem is that we don’t negotiate the price with the pharmaceutical companies, and he’s a negotiator. He’s a businessman. So, why shouldn’t we believe him?

MICHAEL HUDSON: We should hold his feet to the fire. We should say, “Hey, this is what you said. Nice to hear, but is it rhetoric? When are you going to do this?” And he’s going to try to say, “Oh, Congress won’t let me, the Republican Congress.” But okay, “When are you going to run against these candidates, and support candidates who will support what you’re trying to do?” So, he’ll say, “That’s not my department.” So, nice rhetoric, nice promise, but we’ve already had, how many years of broken promises by politicians?

SHARMINI PERIES: Yeah. And also as a businessman, and having run the Trump Empire, it seems almost an antithesis, in terms of his attitude, and approach to business.

They did it by raising the taxes in New York City, same thing in Vancouver, Canada, which we also talked about. They’re putting a value-added tax on, to build transportation that’s going to vastly increase what the landlords own. That’s how Trump made his money.

So, of course he thinks this is a wonderful way to create wealth. Well, it creates wealth for him, but the wealth that he makes is wealth that should accrue to the population as a whole, and it didn’t. That’s why he got wealthy, and the rest of New Yorkers didn’t.

SHARMINI PERIES: All right, Michael, let’s continue this discussion about, “J is for Junk Economics,” in our next segment. Thank you for joining us for now.

MICHAEL HUDSON: That would be fine.