In the midst of a 5 year drought, a new lawsuit is aiming to force the state and EPA to do environmental assessments about potential threats to drinking water from fracking waste

In the midst of a 5 year drought, a new lawsuit is aiming to force the state and EPA to do environmental assessments about potential threats to drinking water from fracking waste 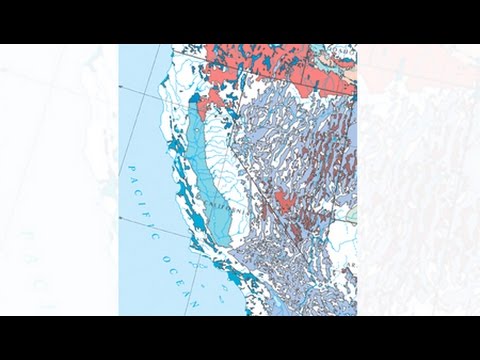 The state of California is in the 5th year of a devastating drought that has wreaked havoc on crops and has many in the state examining what the ongoing effects of drought conditions will have on current and future drinking water supplies. Governor Jerry Brown last week signed a bill into law that would identify and make public the names of quote excessive water users in an attempt to find and shame those whose water consumption far exceeds that of their neighbors. It sort of seems like the state is serious about saving water, right> Well not quite. California has a system of underground water aquifers. Some of which has been deemed pristine water. Now the state is being sued by the Center for Biological Diversity because the group alleges some of this underground water has been categorized as exempt which must mean exempt from protection because the oil and gas companies that the state allows to engage in fracking might be able to dispose of their waste in these underground stores of potential drinking water.

Today we’re joined with Maya Golden-Krasner. She is the senior attorney from the Climate Law Institute with the Center for Biological Diversity. She joins us today from Los Angeles. Maya thank you so much for speaking with us.

MAYA GOLDEN-KRASNER: Thanks for having me.

BROWN: Maya before we get into the lawsuit that your group has field the state of California actually passed some laws in 2014 actually addressing this very issues. Where oil companies are now forced to disclosed the chemicals that they use in hydraulic fracturing and also ordered to complete frequent ground water testing. Are these current laws working?

GOLDEN-KRASNER: Yea so what happened was that the EPA had ordered an audit of California’s underground injection program and what it found was that there were thousands of wells across the state that were injecting into water that’s supposed to be protected under the safe drinking water act. So what the state did was pass a law to tell oil companies that they have till February 2017 to either get their aquifers exempt form the safe drinking water act or potentially shut down the wells. So what’s happening now is supposedly the oil companies are supposed to be applying for exemptions or facing shutdown of their wells by February.

BROWN: So basically what you’re saying is that these companies are going to be allowed to pollute potentially cleaned sources of underground drinking water so long as they get a permit to do so.

BROWN: So your organization’s lawsuit addresses a specific canyon. I believe near San Louis Obispo. Can you tell us about the suit?

GOLDEN-KRASNER: Yea. So this is actually the first aquifer that is being proposed to EPA for exemption from the safe drinking water act that would legalize this illegal injection of waste water, oil waste water, which is really polluted with benzene and all sorts of chemicals which are used during the oil extraction process. So this is the first one and we’ve had experts look at it and really found that we don’t believe that this shows that this water is isolated and not going to affect drinking water, that this couldn’t be used as drinking water. There are people that live right around this aquafer, right on the boarder and they have water wells. They rely on water wells for their drinking water and they’re really very, very concerned about this project going forward.

BROWN: So let’s talk about again the exempt application. So obviously with California experiencing a 5-year drought with according to ProPublica, 60% of California’s drinking water being pumped from underground, why are we seeing not only the state but the EPA grant these exempt applications to oil and gas companies allowing them to do business with chemicals. The hydraulic fracturing process is fraught with chemicals and also involves the process of injecting the waste water back into the ground. Why are we seeing the state and the EPA allow some of these exempt applications to go forward in spite of the state’s very obvious drinking water issues?

GOLDEN-KRASNER: Well you know what we’ve seen over the past few years is that Governor Brown has somewhat of a blind eye when it comes to the oil and gas industry. Even though he projects himself as this climate governor, that when it comes to regulating oil and gas he’s somewhat friendlier to oil extraction operations. EPA hasn’t actually approved an exemption yet to legalize these illegal injection wells. This could be the first one.

The Government Accounting Office came out with a report earlier this year showing the EPA really hasn’t been overseeing these programs. It’s supposed to oversee them across all states and it hasn’t been doing that job and it doesn’t have the man power to do it. So that’s a particular concern with EPA. But with respect to the state, the state regulators, the Division of Oil and Gas and Geothermal Resources really answers to the governor. And oil provides a lot of money in this state.

BROWN: So what have been some of the findings of your organization in terms of the negative effects or at least what we assume could be the potential negative effects of the expansion of some of the area that oil and gas companies have been allowed to dig these fracking wells and injection sites etc. As you mentioned people who live on well water obviously have concerns.

GOLDEN-KRASNER: Yea I mean one concern is obviously that the injection will migrate. Cause they can migrate through old wells. It can migrate into neighboring aquifers. One concern is that these aquifers can be purified and used as drinking water in the future and that we really need to protect that. Another one is that we don’t actually–California doesn’t actually have a very good handle on its underground water supplies. Until that happens it really shouldn’t be allowing–sacrificing its water to the oil companies. And with climate change there’s going to be more severe droughts like the one we’re currently seeing. During those droughts, people who rely on water wells drill new wells in places that haven’t been drilled before. They drill deeper and so we’re really concerned that the oil waste and water wells will clash as we see more well drilling, water well drilling.

BROWN: So Maya let me ask you as a resident of California I’m going to ask you to take your lawyer hat off for a second. Having lived under drought conditions for the past 5 years I’m going to presume you perhaps reside somewhere in the Los Angeles area, what has the effect on your everyday life, what has it been and is it obvious that there is some sort of external weather event such as this drought having an impact on how California’s operated day to day?

GOLDEN-KRASNER: Yea it has a huge impact on the way that residents have lived. We’ve been expected to reduce our water consumption by a significant amount. So we’ll collect shower water in buckets and use that to water our plants. We’re trying to convert our yard to be water wise yard and just trying to be very cognizant of our water use. So it is very frustrating as a resident of California to watch our water being sacrificed to be polluted by the oil industry when we are all in this together and all really required to work together to address this issue.

BROWN: So Maya what’s the next step in the lawsuit that your organization has against the state?

GOLDEN-KRASNER: So in this lawsuit we’re challenging when the state approved the exemption they didn’t do any sort of environmental review to look at what might be some other environmental impacts. Like what we talked about earlier of exempting this aquifer and allow injection. And so the next step is that we’re going to go to court and they’re going to argue that environmental review might not apply in this case because the safe drinking water act provides them the ability to exempt the aquifer. So that’s going to be the next step in October.

BROWN: It seems highly counter intuitive that the language, the name of the act, the safe drinking water act has any type of exemptions for oil and gas companies. That doesn’t even make any sense.

GOLDEN-KRASNER: Yes. Well my understanding is the original exemption language from I believe the early 80’s was the result of a political compromise with the oil companies, the oil industry, to allow water that’s supposedly would be completely isolated and never used as drinking water to be trash dump for the oil industry. But I think that we know now that not only are these aquifers more interconnected potentially than we thought, and we also know more about the results of the injection in causing earthquakes just like what happened in Oklahoma over the weekend. So we just know more now and we really should use that to be more careful going forward.

We have been speaking with attorney Maya Golden-Krasner. She is the senior attorney from the Climate Law Institute with the Center for Biological Diversity. Her organization has filed suit against the state of California saying that they need to conduct more extensive environmental assessments about where oil and gas companies are going to be allowed to dispose of their waste. Especially if it’s in proximity to underwater drinking supplies. Maya we certainly appreciate your time today. Thank you.

Maya Golden-Krasner is a senior attorney in the Climate Law Institute at the Center for Biological Diversity. She focuses on oil and gas issues in California.

October 8, 2019
Sign Up for Our Newsletter
Help Us Make Real News!