Mexico is making a large contribution towards the prevention of civil war in Venezuela, by returning to long-established foreign policy tradition of neutrality, which the previous president had completely abandoned, says John Ackerman

Mexico is making a large contribution towards the prevention of civil war in Venezuela, by returning to long-established foreign policy tradition of neutrality, which the previous president had completely abandoned, says John Ackerman 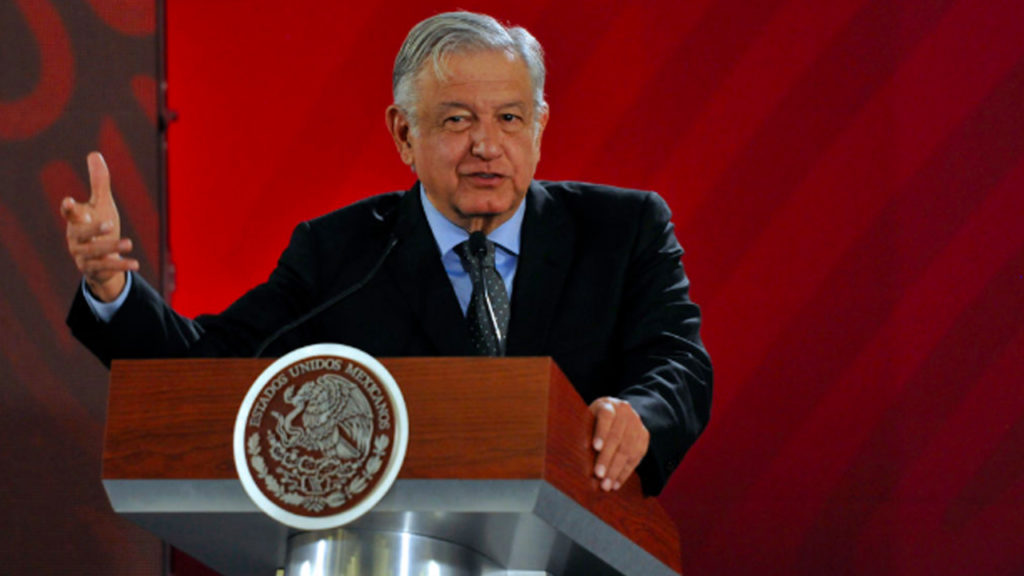 Mexico and Uruguay came together last Wednesday in Montevideo, Uruguay to propose a four-step mediation effort to help resolve the political crisis going on in Venezuela. The four-step process, which they are calling the Montevideo mechanism, would involve first establishing a dialogue between the main actors. Second, negotiation of common objectives. Third, signing of an agreement. And fourth, implementation with international accompaniment. Notably, Mexico refused to sign a different agreement which was presented by the International Contact Group on Venezuela, which also met in Uruguay this week. Bolivia and the Caribbean community also refused to sign the statement, which called for early elections in Venezuela.

Now, President Lopez Obrador’s stance in the Venezuelan conflict between President Maduro and the so-called interim president Juan Guaido is being received with some degree of controversy within Mexico. Some politicians are saying that Mexico ought to side with the U.S., while others support President Lopez Obrador’s position, saying that it is in accordance with longstanding Mexican foreign policy tradition of maintaining neutrality in such issues.

Joining me now to discuss Mexico’s role in the Venezuelan conflict is John Ackerman. John is professor at the National Autonomous University of Mexico, UNAM, and he’s also editor-in-chief of the Mexican Law Review and a columnist for the publications La Jornada and Proceso. Good to have you with us again, John.

JOHN ACKERMAN: Thank you, Greg. A pleasure and an honor to always, to be on with you.

JOHN ACKERMAN: Let’s start with the Estrada doctrine and get the context of it. The Estrada doctrine was developed after the Mexican Revolution, with the new revolutionary government, which struggled for many years to gain recognition of the national community. And then later on, Mexico has always been under lots of pressure from the United States to serve as their kind of representative in Latin America. And so both of those phenomena have pushed Mexico to take a very strong neutrality stance and no intervention in the politics of foreign countries, particularly when this involves colonial recognition of governments or pressures on governments for regime change. So they’ve always very much national sovereignty and popular sovereignty. And this has been a long tradition which was broken just recently under Pena Nieto with the foreign minister, in a very shameful fashion, kind of worked very closely with Jared Kushner, turned Mexico into a United States representative of geopolitical interests in Latin America.

But now that’s changing with Lopez Obrador. Lopez Obrador is getting back to the basics, bringing Mexico back to the center, although it’s in a world which is increasingly right-wing, radical politicians, Bolsonaro and Trump. This centrist position is actually quite progressive, because what it means is, you know, defending real democratic procedures and rejecting this attempt at, or halfway through, coup d’etat which is occurring in Venezuela.

Now, I would dare to say that if Lopez Obrador had not won the elections last July, and if Mexico was under the control of Pena Nieto, Videgaray as the foreign minister, we might already be having boots on the ground of the United States in Venezuela, and civil war. So I really think that the Mexican pretty low key, but very strong and important, position in Latin America in general, but Venezuela specifically, is at this point really kind of preventing civil war and violence and more bloodshed in Venezuela.

Now, what happened this Thursday, February 7 is very interesting, because Mexico, along with Uruguay, called for basically a peace conference, a meeting in Montevideo to talk about how to get over this Venezuelan crisis without this interventionism, and without supporting, of course, the coup attempt in Venezuela, but having–or on the other side, having a real neutral position. But all of the sudden the representatives from the European Union arrived and other countries arrived, supposedly to support the Mexican position. But in the end it turned out that they tried to undermine the Mexican position by coming out with their own pronouncement and their own group.

So now we have the Montevideo mechanism, as you mentioned, which is led by Mexico, and Uruguay signs on, and Bolivia and many of the Caribbean nations. And then you have the other thing, which is the Contact Group, which comes from Europe. And the central difference between these two documents, they’re both supposedly neutral, but the European document calls for immediate actions. That’s the difference. While the Mexican document is about negotiation and having both sides come to an agreement, it does not condition this on preemptive elections.

GREG WILPERT: Yeah, I think that’s a very good point. Now, how is Lopez Obrador’s position actually being received within Mexico at the moment? Are people generally, the political establishment, is it accepting it? Or is there a resistance?

JOHN ACKERMAN: Well, there’s a pretty intense debate, of course. I think there’s a general recognition that this is in accord with Mexico’s historic foreign policy position, and solidarity with Latin America, which–once again, national sovereignty and popular sovereignty. Mexico has not come out it aggressively in favor of Maduro. But Mexico is recognizing that legitimately–we’re going to use these terms of legitimately elected president–but diplomatic relations between Venezuela and Mexico have not been modified at all. We are still under a normal political relationship. And so that is that de facto recognition of the, I would say, the legitimately elected president of Venezuela, who is Maduro. And so some people are, you know, on the right wing, of course; on the PAN side, which is the Christian Democrat Coalition, which used to govern Mexico between 2000 and 2012. They’re accusing Lopez Obrador of being complicit with the Maduro regime. Just yesterday they had in the Mexican Senate as an invited guest one of these young student–supposedly student leaders of the opposition against Maduro, who turned out to have been–is accused of any of, and even has publicly announced himself as being violent opposition, even terrorist element to the Maduro government.

And so we have–the debate in Latin America has started to take place here in Mexico, as well. But in general, Lopez Obrador has a commanding mandate. He has control both Houses, of both the Senate and the Chamber of Deputies, and his official position has been backed up in general, politically.

JOHN ACKERMAN: Well, yeah. I mean, it’s pretty obvious that the United States and other countries are trying to use humanitarian–so-called humanitarian aid–which, you know, foodstuffs. That’s real, but they’re trying to use it as a political weapon, because what they are doing is coordinating this humanitarian aid with the coup president, wth Guaido, who pronounced himself as president a few weeks ago. And there was even talk that some humanitarian aid has arrived in Colombia, maybe can be transported to Venezuela using, you know, military troops. Either U.S. or Colombian, doesn’t matter. But the military is handing in, handing over humanitarian aid to a leader of a coup in Venezuela. You know, you can get the political message pretty clearly.

The UN has been very explicit. They have said we would be happy to help out with any humanitarian crisis in Venezuela, but that aid has to be coordinated with the Venezuelan officials. Who are the Venezuela officials? Well, the government of Venezuela, which is run by Nicolas Maduro, who won the presidency last elections, last May 20, in 2018. And so that’s also the position of Lopez Obrador. We want to give humanitarian aid, let the UN manage it, and not let this turn into a political issue but actually, you know, attending to the crisis. And so that’s the reason why Maduro has stopped the aid, the so-called aid, because this is obviously a political move on the side of the United States and their allies in Latin America.

GREG WILPERT: OK. Well, we’re going to leave it there for now, but I’m sure we’ll come back to you very soon again as the situation in Venezuela and also Mexico’s position on this develops. I was speaking to John Ackerman, professor at the National Autonomous University of Mexico. Thanks again, John, for having joined us today.

JOHN ACKERMAN: Thank you, Greg. A pleasure, as always.