Arms manufacturers are trying to rebrand as progressive and feminist, while the corporate media does PR for the military-industrial complex. CODEPINK’s Medea Benjamin warns this pro-arms manufacturer campaign is infiltrating our schools.

Arms manufacturers are trying to rebrand as progressive and feminist, while the corporate media does PR for the military-industrial complex. CODEPINK’s Medea Benjamin warns this pro-arms manufacturer campaign is infiltrating our schools. 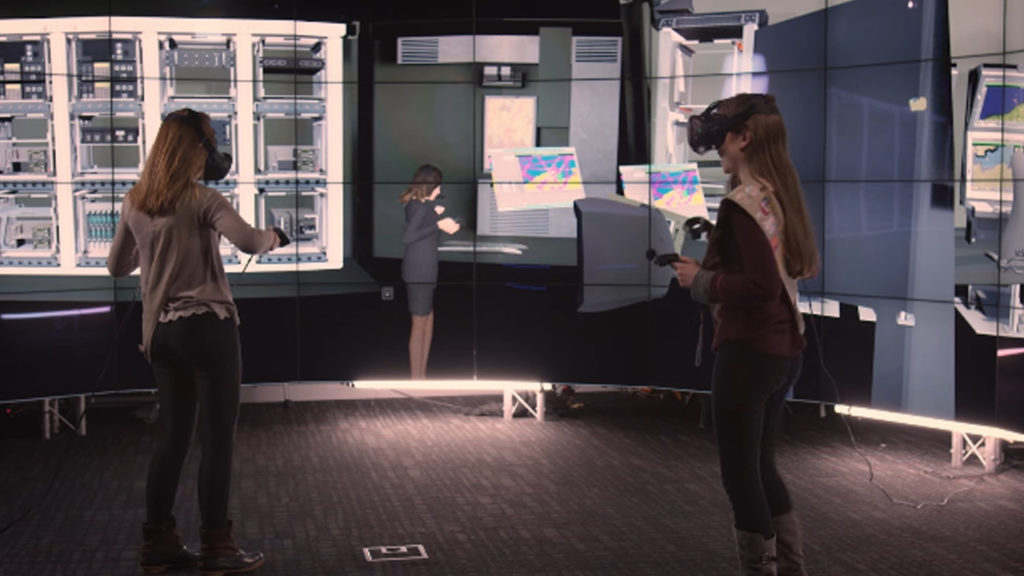 BEN NORTON: Top U.S. weapons manufacturers have launched a public relations offensive to portray their companies as progressive and feminist, and corporate media networks have helped these corporations try to rebrand as ‘woke.’ Lockheed Martin has led the charge targeting women in science, technology, engineering, and math, or STEM, fields. The weapons corporation, which is creating bombs that Saudi Arabia is dropping on school buses full of children in Yemen, is trying to recruit women into the arms industry by telling them it will fulfill their dreams.

To do so, Lockheed Martin has even tried to co-opt the legacy of the legendary black activist and writer Langston Hughes, exploiting his poem A Dream Deferred. Fellow weapons manufacturer Raytheon, which has also profited from unimaginable death and civilian suffering in Yemen, is trying an even more shocking strategy: The corporation has teamed up with the Girl Scouts to salvage its image.

RAYTHEON COMMERCIAL: What does it mean to be a Girl Scout?

It’s like a journey getting me ready for my career.

I can do anything.

Maybe I’ll be a robotics engineer.

Being a Girl Scout makes me believe in me. And I’m going to change the world.

BEN NORTON: Raytheon is boasting of driving diversity in STEM by targeting young girls in grades 6 to 12.

SPEAKER: The only way we will have our talent of the future prepared and effective at leading a different world is through inclusion. It’s the way for us to strategically contribute not just to the community, but to the future talent of this country.

We desperately need an educated workforce that can create, can innovate, design. And we need to tap into that large untapped resource of girls in America.

For America to remain competitive from a business aspect, we absolutely need to expand our workforce.

BEN NORTON: For its part, the corporate media has diligently regurgitated these PR talking points from the corporate death profiteer rebranding campaign. Politico is celebrating how women took over the military-industrial complex. The news website’s deputy defence editor, David Brown, who has an extensive history in military reporting at pro-U.S. military publications, praised what he called the watershed–the culmination of decades of women knocking down barriers. MSNBC also joined in the celebration of the military-industrial complex. Host Ali Velshi trumpeted:

BEN NORTON: To discuss how the military-industrial complex has tried to rebrand as supposedly progressive, The Real News Network spoke with Medea Benjamin, the co-founder of the women-led peace group Code Pink.

MEDEA BENJAMIN: There is an effort to show women as being not only involved in the military and in the weapons industries, but as leaders in this. And it is quite remarkable that women have literally shattered the glass ceiling by becoming the heads of these major, huge weapons companies. And they’re portraying this as a great achievement for women, just like women being able to be in combat roles in the military was such a great achievement. And I think it’s terrible. I think it is not the kind of role that we want women to be, quote, excelling in. And the way that Raytheon has teamed up with the Girl Scouts is another example of trying to show that we women can be as tough as men, and that we can lead these big companies.

But when you think about it, you know, these are the very companies you have teaming up with the Girl Scouts that are killing children in school buses in Yemen with the bombs that their companies make. And these are companies that, like, Marilyn Hewson leading Lockheed Martin has been killing civilians on a regular basis in Yemen.

BEN NORTON: One of the main tactics used by weapons companies to portray themselves as progressive is by helping to educate young students in STEM fields. The military-industrial complex is funding programs in robotics and computer science, and also giving out scholarships. Arms manufacturers in the United States and Europe are spending huge sums of money promoting their brands in schools. In Israel, Lockheed Martin is even opening its own preschools, with the blessing of the Government’s Education Ministry.

Medea Benjamin warned that there has been a tremendous infiltration of STEM fields, schools, and the job market as a whole by the military-industrial complex.

MEDEA BENJAMIN: Unfortunately, whether it’s the weapons companies or the huge budget inside the Pentagon for research, you do find that they have gone into the schools at the very low levels; elementary schools, junior high schools. And then you see in the colleges two things. One is where does the money for these research programs come from? As we get cuts in university programs, the Pentagon steps in, as well as the weapons manufacturers themselves, to give money to the universities. And then we also see that when they graduate with these engineering degrees and other tech degrees, where do they go? Well, the best-paying jobs are either in the Pentagon itself, or with the companies that are providing the weapons to the Pentagon.

So there is such a tremendous infiltration of these STEM sectors by the military-industrial complex that makes it very hard for people with these degrees to steer clear of of careers that are not involved in the military.

BEN NORTON: Medea Benjamin also argued that this PR effort may at least be partially motivated by the increasing difficulty of military recruitment. The U.S. military is falling short of its recruitment goals, and top officials have even admitted that as the economy improves they have more trouble getting young people to sign up. Weapons corporations have already said that there are specially targeting girls from military families for their STEM programs. And it looks like the military-industrial complex is desperate to try to rebrand itself for the 21st century to ensure longevity and continued growth.

MEDEA BENJAMIN: The other issue is that the military is having a hard time reaching its recruitment goals, and so it is going into the ‘hipper’ cities now. And they’ve talked about going to San Francisco, to Los Angeles, to Chicago, to the East Coast, which is not typically where they recruit from. And this is an effort to show that, one, the excitement of joining the military; there are tremendous benefits, and they do offer bonuses of about $10,000 to be joining the military.

But it also shows the excitement to get health benefits and free education. And this is something that not only affects communities in the Midwest, but certainly affects communities on the coast. So as our country erodes the ability of young people to pay for education and get decent healthcare, the military steps in to say we can provide this for you. And it certainly is an enticement.