The revolutionary history of May Day is recognized around the world in a way that should inspire workers in the United States to continue their fight.

The revolutionary history of May Day is recognized around the world in a way that should inspire workers in the United States to continue their fight. 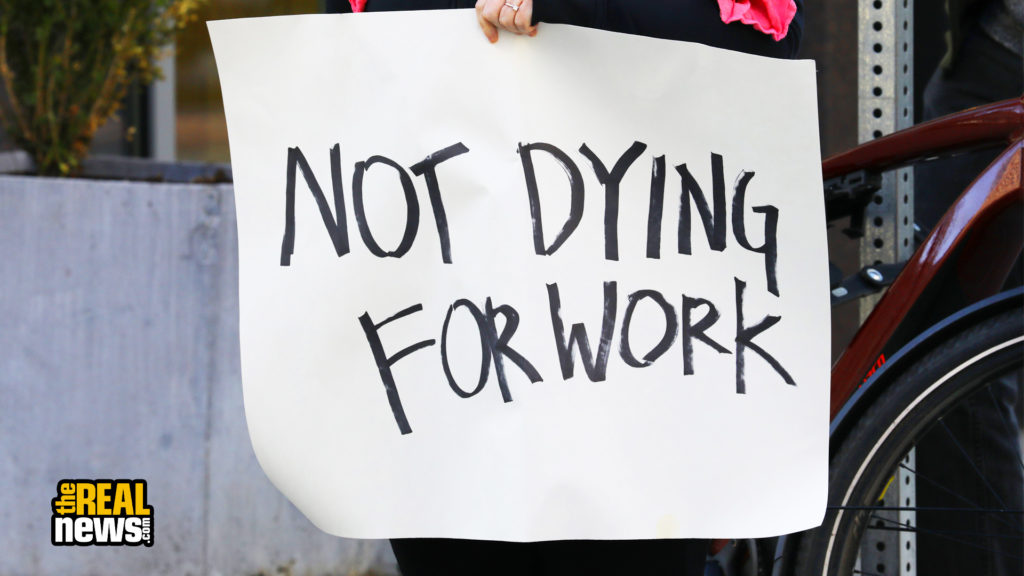 Jacqueline Luqman: This is Jacqueline Luqman with the Real News Network. If you grew up like I did, when you were in elementary school, you and your best classmates wore your best duds to school on the first day of school in May. Then you went outside during recess and skipped to some creepy song that you probably can’t totally remember, as you wrapped some ribbons around a maypole allegedly in celebration of spring. That’s pretty much all I remember learning about May Day during my American school indoctrination. But the truth is that May 1st is actually International Worker’s Day and it’s an official holiday in 66 countries. Observers commemorate past labor struggles for workers’ rights, including reducing work days of 10 or more hours to an eight hour workday, ending seven days a week work schedules or establishing the weekend, addressing unsafe working conditions, and ending child labor. Officially, that is, because it certainly still happens in some places in the world. But International Worker’s Day is mostly recognized as a celebration of workers in countries other than the United States. That’s weird because the U.S. is where International Workers’ Day got started.

It all started in 1884 when the Federation of Organized Trades and Labor Unions, which is the predecessor of the American Federation of

Labor, called for May 1st, 1886 to be the beginning of a nationwide movement for the eight hour day. Even though the federal government already had a law that was supposed to guarantee federal employees an eight hour workday, it wasn’t enforced and Illinois employers often made employees sign waivers of the law as a condition of employment. So the movement got started in Chicago because of this, and it was typical for workers to be forced to endure 10 or more hour workdays. Chicago labor organizers worked for two years to gain support for a citywide walkout to protest the long and grueling work days among other worker issues. Spearheading the effort were Lucy and Albert Parsons. Lucy had been born a slave in Texas in around 1853. She worked for the Freedman’s Bureau after the civil war and moved to Chicago after marrying Albert, where she began writing and organizing seamstresses in the city. Albert was a printer, a member of the Knights of Labor, which was the first major labor organization in the U.S.

He was an editor of the labor paper, The Alarm, and one of the founders of the Chicago Trades and Labor Assembly. The Parsons were among a group of anarchists who sought to put an end all hierarchical structures including government that emphasized worker-controlled industry, and valued direct action over the bureaucratic political process. These people became respected household names across the country during this time of widespread labor organizing. That organizing resulted in more than 300,000 workers from 13,000 businesses across the United States walking off their jobs on Saturday, May 1st, 1886. Remember, there was no weekend at that time, that’s what they were pushing for in the first May Day celebration in history. In Chicago, which was the epicenter for the eight hour day agitators, 40,000 went out on strike. The protests continued into Sunday and Monday when the Chicago police attacked and killed several striking workers at the McCormick Reaper Works. A multi-day protest against the police violence was planned for May 4th through the 10th in Haymarket Square in Chicago, and just as many as had walked out of work were expected to attend, but rain kept many away.

At the end of the first night of speakers, 176 Chicago policemen attacked the remaining crowd of a few hundred. Someone who has never been identified to this day threw a stick of dynamite … maybe at the police, may be into the crowd. No one really knows, but it set off a blind firing melee by the police, not just into the crowd of protestors, but into their own ranks in the rainy darkness of Haymarket Square. The organizers of the protests, Albert Parsons, August spies, Samuel Fielding, Oscar Neebe, Michael Schwab, George Engel, Adolph Fischer and Louis Lingg were arrested and convicted of murder, though only three were even present at Haymarket, and those three were never identified as the person who threw the bomb. On November 11th, 1887 after many failed appeals, Parsons, Spies, Engel, and Fischer were hanged to death. Louis Lingg in his final protest, took his own life the night before his execution with an explosive device in his mouth. The remaining organizers, Fielding, Neebe and Schwab were pardoned six years later by governor Altgeld, who publicly criticized the presiding judge for the travesty of justice committed against the organizers.

Immediately after the Haymarket massacre, Big Business and Government conducted what some say was the very first Red Scare in this country. Spun by mainstream media, anarchism became synonymous with bomb throwing and socialism became un-American. The common image of an anarchist became a bearded Eastern European immigrant with a bomb in one hand and the dagger and the other. But around the world, the story was different. In 1889 the International Socialist Conference declared that in commemoration of the Haymarket massacre, May 1st would be an international holiday for labor known today as International Worker’s Day. But not in the U.S. because between 1921 to 1958, May 1 was also known as Americanization Day, a holiday of forced patriotism conceived after the 1917 Bolshevik Revolution in Russia, which ignited a renewed current of militancy within the American labor movement. And in 1955 at the peak of the anticommunist Red Scare, Wisconsin Senator, Joseph McCarthy, led Congress to pass a resolution deeming May 1st Loyalty Day, which was made an annual holiday three years later.

In fact, President Eisenhower said in his first Loyalty Day address to the nation that it should be a day for “Solemn reevaluation of those priceless gifts of freedom, which are our heritage.” Now you know none of this was about freedom, it was about crushing dissent and destroying labor unions and workers’ rights movements in the U.S. using the rabid anticommunist and anti-socialist sentiment as an excuse. What’s worse? Those holidays have been replaced by an even more insidious eraser of the deep history of labor struggle in this country with a banal beach getaway day, we call Labor Day. It’s supposed to honor workers, but it actually does not honor the real struggle for workers’ rights in this country that the international workers movement honors to this day. Enjoy your extra day off if you get it, but don’t agitate for better pay, better benefits or safety. Nothing like that, just to enjoy that hot dog at the beach, folks.

In the U.S. May 1st, 2020 has been marked as the beginning of a new, protracted nationwide movement and struggle for worker solidarity, workers’ rights, and empowerment against the bloodthirsty capitalist forces that still force us to choose a paycheck over our personal safety. Especially as businesses pushing now to reopen amid the continued spread of COVID-19, workers are actively challenging employers for basic safety measures like providing them PPE and paid sick leave, but the bosses are once again putting their profits over people’s lives. Actions are being planned by a coalition of organizations under several banners to be held on the first day of every month after May until worker’s demands are met. So let us join in and reclaim the rich history of labor struggle and unity in the U.S. as you respect striking workers wherever you encounter them across this country and never cross a picket line. Solidarity forever. Workers of the world, unite. 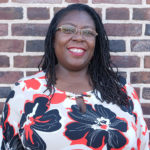