The unraveling of Brazil's social safety net, put in place by the PT, combined with the legislative manipulations and extreme neoliberal austerity, constitutes a right-wing coup, explains Mark Weisbrot of CEPR.

The unraveling of Brazil's social safety net, put in place by the PT, combined with the legislative manipulations and extreme neoliberal austerity, constitutes a right-wing coup, explains Mark Weisbrot of CEPR. 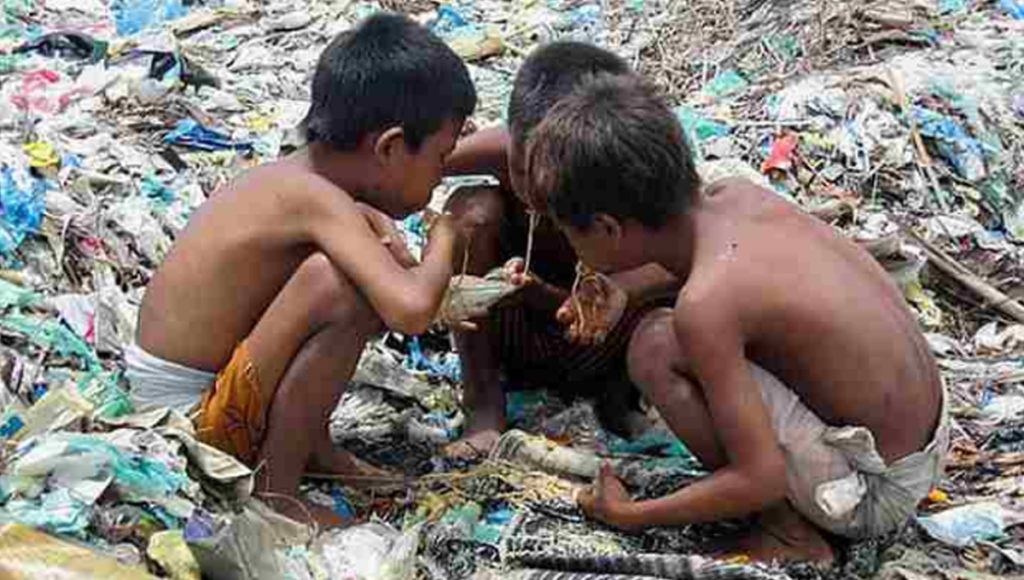 In the New York Times this week, the former president of Brazil Lula da Silva penned an op-ed about the right-wing coup underway in Brazil. He titled it “Justice Will Prevail.” Brazilians are bracing themselves for the upcoming October presidential polls, where President Lula will stand for re-election with 13 other candidates. But he will be running his campaign from prison.

On to talk about this with me is Mark Weisbrot. Mark Weisbrot is codirector of the Center for Economic and Policy Research, and is the author of the book Failed: What Experts Got Wrong About the Global Economy. Mark, good to have you back.

MARK WEISBROT: Thanks for having me, Sharmini.

SHARMINI PERIES: All right, Mark, let’s start off with that op-ed in The New York Times that former President Lula penned. He called this a right-wing coup underway. What does he mean by that?

MARK WEISBROT: Well, that is a really apt characterization, I think. There was a lot of social and economic progress under the Worker’s Party; first Lula’s eight years from 2002=2010, and all the way to 2014. During that period you had a reduction in poverty of 55 percent. Extreme poverty was reduced by 65 percent. You had unemployment, of course, went down to record lows of 4.9 percent. And you had a reduction in inequality. Wages grew. For the first time in years wages grew by- real wages, adjusted for inflation, grew by 35 percent. The minimum wage grew by 76 percent, in real terms. And the traditional elite of Brazil never really accepted that.

So now they’ve been trying to reverse those gains. That is- and you can see that in the legislation they’re trying to get, cutting pensions. They want to privatized the biggest electric utility, the biggest utility in the country, which is the electric utility. They passed a Constitutional amendment that said you couldn’t increase government spending in real terms. And that’s something that, you know, most economists in the world would think is really extreme.

SHARMINI PERIES: Mark, in Lula’s editorial, he maps the history of his party, PT’s progress from 2002 to the time when Dilma Rousseff was removed from office through a legislative coup. Now, it did make progress. You just admitted that. But Lula was also given the opportunity to address a whole bunch of other issues in the time he was in office, which, as you know, are two terms where he had the opportunity to make certain changes and even advance the issues, such as corruption in Brazil. But he didn’t do that. So talk about that.

MARK WEISBROT: Well, it is a very corrupt political system. And he could have, I mean, it would have required, probably, a new Constitution like you saw in some of the Andean countries. You know, in Ecuador, and Bolivia, and Venezuela, where they brought in a new Constitution. And I think even there they didn’t eliminate corruption clearly. But there, I think he could have done that, and aimed for political reform first, rather than the economic and social reforms they did. But I don’t know that that was even politically feasible.

I don’t think they went so badly on that. I don’t think that was the real cause of the PT’s demise and weakness. I mean, the weakness that the right was able to take advantage of in 2016 when they impeached Dilma without having to charge her with a crime, that was a result of the collapse of the economy over the prior two years. They went into recession in 2014. And that’s where I think the PT’s most important mistakes were made. That’s where they did have policies that worsened the recession, and made it difficult or impossible to recover: more traditional austerity policies, high interest rates, budget cuts, cuts in public investment. Those were, I think, mistakes. They didn’t have to do that at that time. And I think they realize that now.

SHARMINI PERIES: But Temer government is only implementing, worsening the situation with their policies, but they’re not remarkably different from what some of what the peaty had done during the latter years that President Lula doesn’t refer to in his editorial.

MARK WEISBROT: I think they’re much, much worse. You know, these cuts they’re doing in the countryside, for example, to the Bolsa Familia program, which was world-renowned for reducing poverty through income support, and the other programs they have, which affect, you know, millions of people; the food distribution, the water. Access to clean water has been reduced. Poverty has, extreme poverty has increased for three years in a row now, a vast difference. And infant mortality even went up. Nothing like this happened under Lula. They didn’t go after the safety net and touch it at all, even in the worst years of austerity that you had, or the worst period, between 2014-2016.

So this is a real right-wing vision, with privatization and cutting pensions, and everything. It’s, as I said, it’s really, it’s really quite extreme.

SHARMINI PERIES: Mark, Jim Mattis, defence secretary of the United States, arrived in Brazil this week; a curious visit, given that there’s a election pending, particularly to have greater ties with the military in Brazil. And we know that the Temer government has been actually using the military to police the population recently. More and more states are using military police, smacking of the dictatorship Brazil had once experienced. Give us a sense of what this trip was about, and what Mattis’ objectives are.

MARK WEISBROT: Well, he’s trying to forge closer ties with the Brazilian military, taking advantage of the fact that there’s a right-wing government. And this is something that, I mean, it would be terrible for Brazil, and it’s already been denounced by Lula from jail. This is somebody that is part of the right-wing rollback that the U.S. is participating in. And of course they, you know, aided the coup in Brazil in various ways that we’ve talked about here. And now they want to kind of recolonize the region after it had become independent in an unprecedented way in the first decade of the 21st century. So they’re doing the same thing in Argentina, and in every country where they can, where they’re getting more friendly and right-wing governments.

And I think this is very important, because this also coincides with the erosion of the rule of law that you see, not only in Brazil but in Ecuador, where they’re trying to go after the president, as you’ve reported on this show as well; on trumped-up charges in Argentina as well. And so this is something that, of course, you don’t see much here because the media here has been very consistently against the left governments when they were there. And so they don’t see necessarily anything wrong with the U.S. taking over again through means that are basically illegal.

SHARMINI PERIES: Mark, finally, former President Lula is running this election from prison. That’s going to be very difficult, given that is he is running against 13 other candidates. Do they have a chance? And are there preferred candidates on the part of the United States?

MARK WEISBROT: Well, the- obviously any candidate other than Lula would be preferred. I think possibly their preferred candidate would be Alckmin, but he’s more of a center-right candidate than Bolsonaro, who is the far-right kind of Trump-on-steroids candidate. Maybe Trump likes him. We don’t know. But I think that the main thing is they don’t they want to keep Lula out of the race. That’s the main thing. And he’s in right now. I mean, he is running from jail. And there will be a ruling sometime before September 17 on whether he can actually run for president. And if the court rules against him, which is expected but not necessarily going to happen, then he would most likely transfer his popularity to another candidate from the Worker’s Party, and they would still have a chance of winning.

SHARMINI PERIES: Mark, the United Nations Human Rights Council took a position on Lula’s candidacy for standing for president, and whether he would be allowed to run while in prison and while these charges against him are still pending. What did they say, and what weight do you think it will have?

MARK WEISBROT: Well, I think that’s important. I’m glad you mentioned that. The United Nations Human Rights Committee, a panel of independent experts, announced today that, that Lula should be able to run for president and they shouldn’t, while his appeals are pending, until he’s actually exhausted those appeals. And they said- and this was, and then that the Brazilian government should not impede that in any way. And that’s very important, and it comes after just recently 29 members of the U.S. Congress put out a very strong statement saying that Lula should be freed. That he didn’t get a fair trial, and he should be free, pending appeal.

And so there is international pressure. It is clear that this is political persecution. And more and more of the world is seeing [inaudible] to the media; even though, again, the media has not been friendly to the Workers’ Party at all.