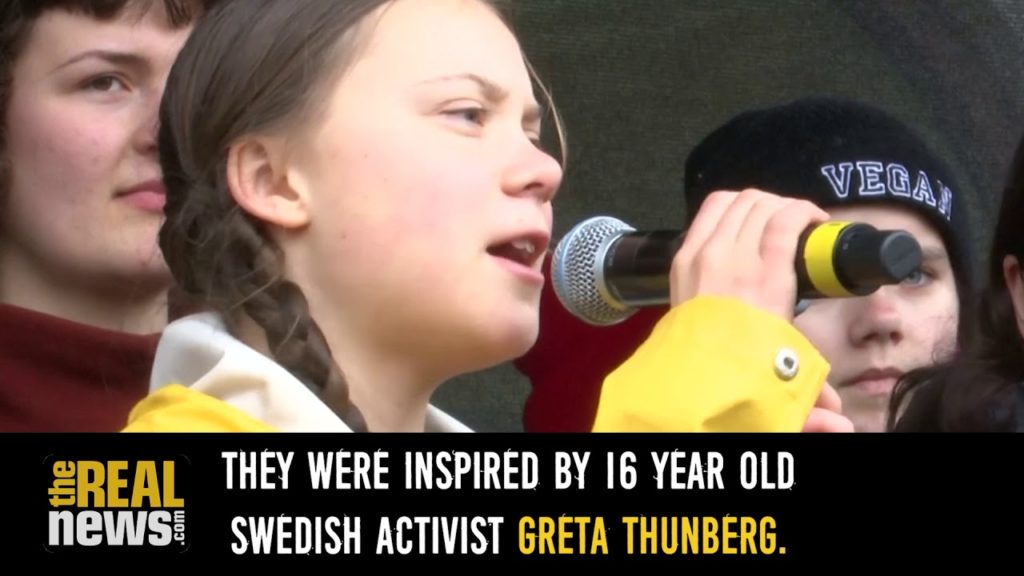 Tens of thousands of kids in over 100 countries skipped school on Friday, March 15 and took to the streets to demand grown ups take real steps to fight climate change, from London, to Cape Town, to New York.

GRETA THUNBERG: The last time I checked, there were over 123 countries where there were going to be strikes today, and 2052 places, cities.

The movement inspired the United Nations Secretary General to call a UN summit in September.

Some, like British Prime Minister Theresa May, condemned the protests. Last month, she said:

THERESA MAY: The disruption increases teachers’ workloads and wastes lesson time that teachers have carefully prepared for.

But the protesters disagree.

PROTESTER: Theresa May, wherever you are, if you are seeing this, our protest is not a waste of time. We are the younger generation, we are the new generation, the new school coming in. We want change!

PROTESTER 2: She’s wasting our time by not acting now.