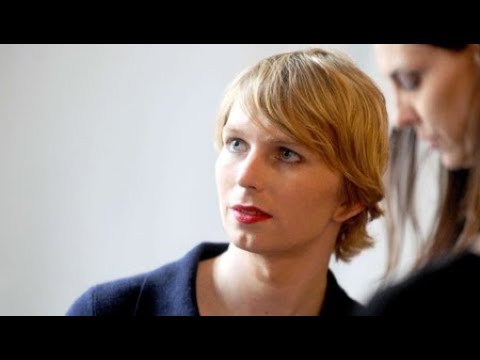 AARON MATE: It’s the Real News. I’m Aaron Mate. Chelsea Manning is celebrated around the world for exposing the secrets of U.S. foreign policy, including war crimes, and going to prison for it, all the while standing up for her rights as a trans woman. One of the most prestigious U.S. schools has taken a different view. The Harvard Kennedy School has rescinded an invitation to Manning as a Visiting Fellow after a backlash led by current and former officials.

Former CIA deputy director Michael Morell resigned as a Harvard Fellow in protest, writing, “I have an obligation to my conscience.” The current CIA director, Mike Pompeo, withdrew from a Harvard forum where he was set to speak. Pompeo said, “It has everything to do with her identity as a traitor to the U.S. and my loyalty to the officers of the CIA.” This prompted Harvard Kennedy School dean Douglas Elmendorf to announce he would still invite Manning to speak on campus, but he’s withdrawing her designation as a Visiting Fellow. Elmendorf wrote, “I see more clearly now that many people view a Visiting Fellow title as an honorific, so we should weigh that consideration when offering invitations.”

Joining me is someone who knows about the consequences of government whistleblowing. John Kiriakou is a former CIA analyst who exposed the agency’s torture program and became the only official jailed in connection with it. John, welcome.

JOHN KIRIAKOU: Thanks for having me. Happy to be with you again.

AARON MATE: Thank you for joining us. Your reaction to Harvard’s decision?

JOHN KIRIAKOU: To tell you the truth, I was disgusted by Harvard and by its decision for a couple of reasons. It was bad enough that the John F. Kennedy School of Government disinvited Chelsea Manning, but then to try to justify its actions, it dug itself deeper in a hole. CIA director Mike Pompeo made a ridiculous, hypocritical statement today, or yesterday I should say, saying that Harvard had traded someone who had served his country with respect and dignity for someone who had committed treason against her country. That is preposterous.

AARON MATE: John, the irony there in looking at Morell’s record, if you look at the letter that he wrote, as I read, explaining why he was resigning in protest of the invitation to Manning, he said, “I have an obligation to my conscience.”

JOHN KIRIAKOU: Sorry, I don’t mean to laugh out loud, but it’s laughable. Where was his conscience when we were murdering people during interrogations at the CIA? Where was his conscience when we were creating these dungeons in foreign countries to torture people in? He had no conscience. Now his conscience tells him that he can’t serve, not even in the same program, but in the same school with a whistleblower, a woman who meets the very definition of whistleblowing, which is bringing to light any evidence of waste, fraud, abuse, or illegality? That’s exactly what Chelsea Manning did.

AARON MATE: Let me also read to you more from Mike Pompeo, the director of the CIA who you mentioned. He wrote in defending Morell’s decision, “It has everything to do with her identity as a traitor to the United States of America and my loyalty to the officers of the CIA.” Accusing Manning of treason, that’s a charge that she was not convicted of.

JOHN KIRIAKOU: No. Mike Pompeo isn’t as smart as he would like to think that he is. There’s of course a legal definition of treason, and Chelsea Manning’s actions bear no resemblance whatsoever to the constitutional definition of treason. Mike Pompeo is a politician, and he’s a politician who is in over his head. He’s out of his element. He simply doesn’t know what he’s talking about.

AARON MATE: John, if you could help me do a little bit of psychoanalysis here, what do you think goes on in the minds of people like Mike Morell, Mike Pompeo, all those who are so outraged, so livid over granting someone like Chelsea Manning, who stood up for her conscience and went to jail for it, granting her a relatively mild honor, a visiting fellowship? It’s not like she got the Nobel Peace Prize, which of course many people think she should get. What do you think goes on in their minds when they see this happen, and why do they react so angrily in response?

JOHN KIRIAKOU: I think that the likes of Morell and Pompeo and Tenet and Phil Mudd and Steve Capus and all these other people, Jose Rodriguez, all these other people who have been implicated in the CIA’s torture program, and other extrajudicial programs, have to double down. They have made decisions over the courses of their CIA careers that are indefensible, but when they die and their obituaries are written, the first thing that’s going to be mentioned is these programs. They have to repeat this lie over and over and over again that things like the torture program, and the rendition program, and the secret prisons were legal, and somehow benefited the American people, and kept the country safe. They have to keep repeating that lie, hoping that if they say it enough times, the American people will finally come to believe it. When someone like Chelsea Manning gets, as you say, this very not that big of a deal honor, to be a Visiting Fellow at Harvard, the torturers have to double down.

AARON MATE: Right. Finally, John, you’re talking about how these people will be remembered, and remembered for the crimes that they oversaw. The reason that they’ll be remembered for that if that happens is because people exposed it, people like Manning and people like yourself. I’m wondering, seeing how Manning is treated now and of course with the prison sentence, you also went to prison. I’m wondering if you could talk about just the difficulty of being a whistleblower, where you face such punishment not only after you’re caught for the act but then society, people in power, still continue to treat you with scorn and disdain.

JOHN KIRIAKOU: Yeah. Unless your name is Scooter Libby, for example, or David Petraeus, unless you’re a friend of the president or you have four shiny stars on your shoulder, you’re pretty well ruined. The goal is not just to give you a year or two or seven in prison. The goal is to ruin you permanently, not just because they don’t like you, but because they want to make an example of you so that other people don’t take your cue and blow the whistle on waste, fraud, abuse, and illegality. It’s whistleblowers that bring down these illegal programs, and the powers that be in places like the CIA or the White House or the Pentagon won’t stand for it.

AARON MATE: John Kiriakou is the former CIA analyst who went to prison for exposing the torture program. Now he’s the co-host of the show Loud and Clear with Brian Becker on Radio Sputnik. John, thanks very much.

JOHN KIRIAKOU: My pleasure. Thanks for having me.

AARON MATE: Thank you for joining us on the Real News.

John Kiriakou is a former CIA counterterrorism officer, a former senior investigator for the Senate Foreign Relations Committee, and a bestselling author. He was recently released from prison after serving 23 months of a 30 month sentence for exposing the CIA’s illegal torture program.

Chelsea Manning Back in Prison After Refusing to Testify