As the Senate looks to pass a bipartisan "reformed" Patriot Act, TRNN's Jessica Desvarieux examines how this bill will continue FBI's mass collection of private information of Americans who are under no suspicion of crime

As the Senate looks to pass a bipartisan "reformed" Patriot Act, TRNN's Jessica Desvarieux examines how this bill will continue FBI's mass collection of private information of Americans who are under no suspicion of crime 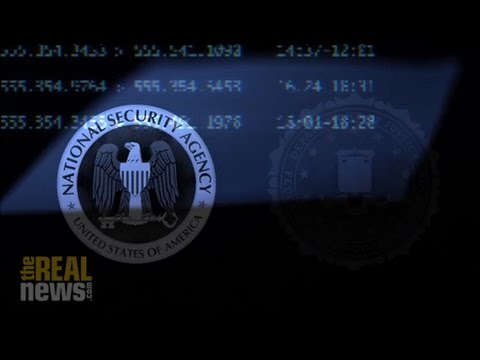 JESSICA DESVARIEUX, PRODUCER, TRNN: If you’ve made a phone call, sent a text or an email, the Federal Bureau of Investigation could be monitoring your online activities without a warrant. Critics of the Patriot Act have pointed out this fact, and now Congress is doing something about it. On Tuesday, the U.S. Senate is likely to pass a bill called the US Freedom Act, which advocates say will reform the Patriot Act of 2001, and some of its surveillance provisions.

The House of Representatives already passed their version of the USA Freedom Act last month, which includes a change that makes sure the government can no longer hold on to phone records but instead it will remain in the hands of phone providers that can be compelled to turn over those records to the government. President Obama said in his weekly address that he’s ready to sign the bill into law.

DESVARIEUX: But critics say it doesn’t go far enough to protect Americans’ 4th Amendment rights, especially against unwarranted seizures, and the right that all warrants be supported by probable cause.

SEN. RAND PAUL (R-KY): Our forefathers would be aghast. One of the things they despised was general warrants. This is a debate that should be had, and the reason I am objecting is because I’ve made a very simple request: to have amendments, to have them voted on, and to have a guarantee that they’re voted on.

DESVARIEUX: But Republican Kentucky Senator Rand Paul’s two amendments were never brought up for a vote. Director of the nonpartisan organization Bill of Rights Defense Committee Sue Udry says without amendments the US Freedom Act comes short of protecting citizens from not just the NSA but the FBI in three major ways.

Number one, under the USA Freedom Act there will be no change to the FBI’s national security letters, or NSL, policy.

SUE UDRY, BILL OF RIGHTS DEFENSE COMMITTEE: NSL letters are a way that the FBI can demand information from telephone companies and internet service providers and banks to get information about people without any court oversight whatsoever.

DESVARIEUX: Number two, the bill fails to challenge Section 215, where the FBI’s expansive use of the term ‘business records’ originates.

UDRY: The Department of Justice general inspector has looked into the way the FBI uses these national security letters and found all sorts of problems with them, and in fact referred to them as kind of like an ATM machine for FBI agents. They were pretty much going through no process whatsoever, and just demanding information from phone companies about people that they were curious about, whether they were suspected of a crime or not.

UDRY: But the FBI has very loose guidelines about who they can investigate and what they can do to investigate them. So my particular concern with the FBI that’s absolutely not addressed by USA Freedom is the FBI’s use of informants. And we know that they’re infiltrating peace groups and environmental groups and animal rights groups on the basis of national security. It was just revealed through a FOIA request that the FBI have been spying on people who are opposed to the [inaud.] pipeline, and they were doing that on the basis that, well, oil is important to the economy and to national security, so therefore these protesters are threats to national security. And the FBI was spying on them.

And there’s absolutely nothing in USA Freedom that prevents the FBI from doing that. And we know they’re doing it, and Congress doesn’t seem to care. And that’s where we come in, and we really need to be holding Congress’s feet to the fire to reform the FBI.