Trump Fires Comey for Actions He Once Praised 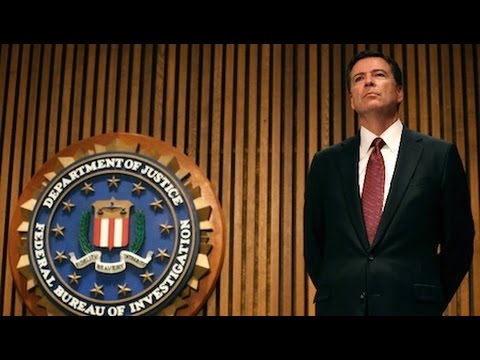 SEN. FEINSTEIN: Why didn’t you just do the investigation as you would normally, with no public announcement?

JAMES COMEY: Look, this was terrible. It makes me mildly nauseous to think that we might have had some impact on the election, but honestly, it wouldn’t change the decision.

AARON MATE: It’s The Real News, I’m Aaron Mate. That was James Comey, recently defending his decision to reopen the FBI probe of Hillary Clinton’s email server, just days before the 2016 U.S. Election. Well, now President Trump says he’s fired Comey over Comey’s handling of that very case. This has raised eyebrows for many reasons, including that on the campaign trail, Trump offered Comey nothing but praise.

DONALD TRUMP: And I have to give the FBI credit, that was so bad what happened originally, and it took guts for Director Comey to make the move that he made in light of the kind of opposition he had where they’re trying to protect her from criminal prosecution. You know that.

AARON MATE: As head of the FBI, Comey was also overseeing the probe into the Trump campaign’s alleged collusion with Russia. Comey had reportedly just asked for additional resources in that investigation. The Comey firing is the latest development in the ongoing fallout from the 2016 campaign.

Well, a new book offers an explosive account of one side of that contest. The book is Shattered: Inside Hillary Clinton’s Doomed Campaign and I’m joined now by one of it’s co-authors, Jonathan Allen, a columnist for Roll Call. Jonathan, welcome.

JONATHAN ALLEN: Good to be here.

AARON MATE: So let’s get into the Comey firing. Explosive development. What are you hearing so far about why Comey was fired now, after months of being on the job and months after Trump praised him for the very thing that he’s no apparently firing him for?

JONATHAN ALLEN: I mean, it’s hard to make heads or tails of in that the reason given by the Deputy Attorney General, Rod Rosenstein, in recommending his firing, is basically the way that he handled himself during the Hillary Clinton investigation and yet, Donald Trump keeps talking about Russia. We find out today from the New York Times as reporting that Comey had just asked for an increase in resources to fulfill that investigation into Trump operation ties to Russians.

It’s really interesting that you’ve got these sort of split reasons. I think most folks think it has more to do with the investigation than Donald Trump suddenly deciding that Hillary Clinton was treated unfairly on the campaign trail.

AARON MATE: Yeah, the thing with the Russia angle that I don’t get is that Democrats are charging that Trump wanted to get rid of Comey potentially because he was close to uncovering some new truth about alleged Trump/Russia collusion. But of course, if that’s the case, it wouldn’t just be Comey who would be close to that. There’s any number of officials, investigators, who also would apparently be up on whatever the investigation has found.

JONATHAN ALLEN: Well, it sends a pretty strong message when you fire the FBI Director while he’s looking into this and trying to increase the investigation. If you’re somebody else at the FBI, you have to see that as an effort to create a chilling effect. In addition to that, you’ve got the Deputy Attorney General and the Attorney General both recommending the firing of the FBI director. Basically they say it’s because of what happened during the campaign, but obviously the President seems to think differently.

AARON MATE: Let’s get into why this is even an issue in the first place. In his recent Senate testimony, Comey said that he was prompted to come forward and discuss the Clinton investigation during the campaign because of the meeting on the tarmac between Bill Clinton and then-Attorney General Loretta Lynch. You talk about this in your book and how it impacted the campaign. Can you tell us what happened?

JONATHAN ALLEN: Sure. I think first of all, you’ve gotta go back and look at anything that Jim Comey as being a result, an outgrowth, of Hillary Clinton setting up this private email server and then basically federal authorities finding out that there was classified information on it. Jim Comey would not be somebody who was involved in the presidential campaign at all were it not for this email server. Then in July of 2016, he comes out and basically says he’s not going to pursue a prosecution against Hillary Clinton, but then reads out what sounds like an indictment of her behavior.

The only reason he really did that, it appears, is that he was given the opportunity because Loretta Lynch, the Attorney General, had to essentially recuse herself. She didn’t technically recuse herself, but she basically said she was going to lean on the professional investigators, the professional prosecutors. So she took herself out of the equation and the reason she did that is that she had had a meeting on a tarmac in Arizona with President Bill Clinton right here at the time that the final decisions are being made on whether to move forward with the prosecution or not on the Clinton email stories.

She and President Clinton meet on an airplane, they say they talked about their families and a little bit of chit chat, but I know that people in the White House and people in the Clinton campaign and certainly people at the Justice Department were slapping their heads trying to figure out why these two couldn’t come to the conclusion that it was bad for them to meet and could color the investigation.

Comey sees an opening there, he seizes it, goes into the spotlight, announces that he’s not going to recommend a prosecution and then starts ripping Hillary Clinton apart for what he called extreme carelessness.