Shir Hever talks about the slow election cycle in Israel, the second in the same year, in which the parties make minimal effort to campaign. Opinion polls predict the same result as the election last April, meaning that no clear winner can be identified

Shir Hever talks about the slow election cycle in Israel, the second in the same year, in which the parties make minimal effort to campaign. Opinion polls predict the same result as the election last April, meaning that no clear winner can be identified 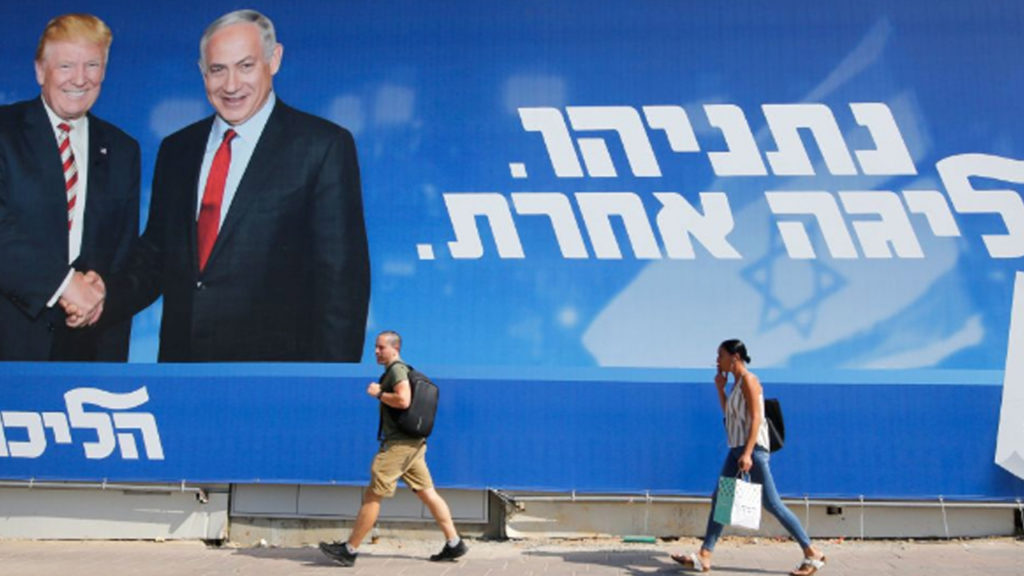 In less than one week, Israel will hold the election for the 22nd Israeli Knesset, it’s parliament. The vote will determine which parties will govern over Israel’s population of over 13 million people, of which only about 9 million are citizens. This election cycle was unexpected because there already was an election earlier this year on April 9th, which we covered here on The Real News Network. However, an old ally of incumbent Prime Minister Benjamin Netanyahu, former Defense Minister Avigdor Lieberman of the far-right Israel Our Home Party, made a surprise shift and refused to support Netanyahu’s coalition. Lieberman thus prevented Netanyahu from forming a viable government. In a desperate attempt to stay in power, Netanyahu then called for a new election to be held on September 17th. Polls indicate that the results of next week’s election may be almost the same as the results of the one 5 months ago, meaning that there’s a good chance that there will still be no clear majority for a coalition government.

In order to deter Arab Palestinian voters from casting their votes during the last election, Netanyahu had ordered cameras to be placed at voting centers in Arab communities. The idea was to create a database of Palestinian voters and to scare them away on election day. However, Israeli courts ruled that this trick is illegal and may not be employed this time around. Netanyahu then tried to promote last minute legislation to legalize the cameras, but wasn’t able to pass the law. At one point, the leader of the Joint List, Ayman Odeh, a Palestinian with Israeli citizenship, pointed his cell phone camera at the prime minister and demonstrated just how offensive and racist Netanyahu’s camera gambit really is.

To discuss the state of Israel’s second election campaign this year, I’m joined now from Jerusalem by Shir Hever. He’s a Real News correspondent based in Heidelberg, Germany and is the author of the book The Privatization of Israeli Security. Thanks for joining us today, Shir.

GREG WILPERT: So, Shir, you’re 40-years-old, and this is the 11th Israeli election campaign that you have been able to observe. You are now in Jerusalem and you’ve also traveled to other cities recently. What is your impression about this campaign? How is it different from previous campaigns that you have observed?

SHIR HEVER: Yeah. Well, Israelis tend to be a very political and public, a very political culture, and I’ve never seen an election campaign which is so lethargic and apathetic. Where people don’t want to talk about politics, don’t argue about politics in the street. Even the parties themselves don’t make an effort to recruit voters. And I think they’re afraid that if they put too many advertisements and reach out to the public too much, then the public will punish them by not voting for them because dealing with the elections right now is considered almost taboo. It’s a topic that that drives people away.

I’ve even seen a commercial for tablets against headaches where they said, “Oh, the elections are giving you headaches, so you need the tablets,” and using the election to promote a headache tablet. And if you just walk around in the streets and look at the billboards, there are very few political billboards. Most billboards are just normal commercial ones. Very few stands are distributing flyers. Actually, I could really barely find any. This is unprecedented in Israeli politics to see such a low level of interest. A lot of people, a lot of journalists believe that this will probably lead to a very low turnout in the elections as well.

SHIR HEVER: So the political camps of the Israeli scene have disintegrated into very close-knit kind of tribal camps, where every political party is very devoted to a very specific group of voters, and they’re not able to maneuver based on ideological decisions. That means that—It used to be a big fight between left and right, and this is a kind of category that is really not relevant anymore in Israeli politics. All the political parties except for the Joint List, which is the joint party for Palestinian-Israeli citizens and Jewish-Israeli citizens, all the other parties support the continued occupation of Palestine, support denying the right of return for Palestinian refugees, and basically the continued colonization of Palestinians. Even the left Zionists are talking about a two-state solution, but they’re not really talking about the sacrifices that this would entail and what it actually means in terms of recognizing the rights of Palestinians.

So when that division is no longer relevant, then we see that the Israeli apartheid system is now spreading into other forms of apartheid. This is actually something that a lot of Israeli politicians on the left and activists on the left have been saying for decades. You cannot take one group and marginalize them and say, “Okay, Palestinians will not have any rights, but Jews will have all the rights.” Because sooner or later, this combination seeps into other parts of society. And now we see that ultra-Orthodox religious Jews are also being marginalized and attacked by the police, and some political parties are spreading hate messages against them. Then we also see that there’s the whole issue of pro-corruption and against corruption when Netanyahu is neck deep in charges that are pressed against him for various corruption cases, and then some parties say, “Well, we’re not going to cooperate. We refuse to sit in the same government with a criminal or an alleged criminal at this point.” And the other parties, which are themselves in some serious trouble in terms of corruption scandals, actually want to give Netanyahu immunity, so this issue of corruption will be taken off the table.

Then you actually see that none of the options that you mentioned of a right-wing coalition or a left-wing or a left-center coalition or a unity government are really possible unless one of the major parties is going to break their promise and actually sit with their political enemies. At the moment, no party wants to make that step, so there’s a possibility that again after this election there will be a lot of maneuvering and a lot of and negotiations, which would delay the establishment of the next coalition. But then, either one of the parties gives in, or the Israeli political system would be in jeopardy and could entirely collapse.

GREG WILPERT: Wow. Almost reminds me of Brexit actually. So how do you explain this very unique situation that you’re describing? On the one hand, it seems that there is no clear politician or party that’s in the lead, so voting can actually make a big difference. On the other hand, voters are more apathetic than ever. And even the political parties that are barely making – they’re hardly even making an effort to campaign and to court voters, so why is that? What’s going on?

SHIR HEVER: Well, I think if you make a kind of rational analysis of the situation, you’d say that the voting rate is probably going down. A lot of people have no interest in participating in a political debate. Then, it actually increases the value of each vote, and it increases the incentive for the parties to increase their efforts for this election because if one of those parties gets their voting base to vote in a high ratio— closer to 100% voting rather than say 40%— they could double their power. They could have twice as many seats in the parliament, and they could really make a very big impact. So rationally thinking, this is the moment for parties to make the most effort to win this election. But I think they’re not doing that because the general feeling among Israelis is that this whole democracy experiment of Israel is now exposed as a sham.

The law of the nation, or the law of the nation state as it’s officially called, but nobody calls it that in Israel. They call it the law of the nation. It has passed in last July in July 2018, and this law basically changes the Israeli political structure officially to remove the word democracy. A lot of Israelis say, “Well, what’s the point of voting? Even if our party become stronger, that’s no guarantee that the government will adopt any kind of policy that will be relevant to our lives.” It seems that all the political parties seem to have the same policy. Some parties say, “We want to expand occupation and annex Palestinian territory.” Some party say, “Under no circumstances should Israel annex Palestinian territory.” But when it comes to the reality, it’s down to the fact of whether the United States is going to allow the Israeli government to annex or not. And because, for example, Trump decided to recognize the annexation of the Syrian Golan, then the Israeli parties are willing to support that idea. But when it comes to areas of the West Bank, for example, their support is only words, but no actions because they were worried that maybe the United States will not support such an action. And if people say, “Well, if these decisions are actually taking place outside, why should we even bother?”

GREG WILPERT: Well, we’ll certainly continue to follow the election campaign and the results as they come in next week. I’m speaking to Shir Hever, Real News correspondent, currently in Jerusalem. Thanks again, Shir, for having joined us today.