The state is headed towards a major showdown between the Republican Governor, Democratic leadership of the legislature, and education advocates over the future of the state's public schools

The state is headed towards a major showdown between the Republican Governor, Democratic leadership of the legislature, and education advocates over the future of the state's public schools 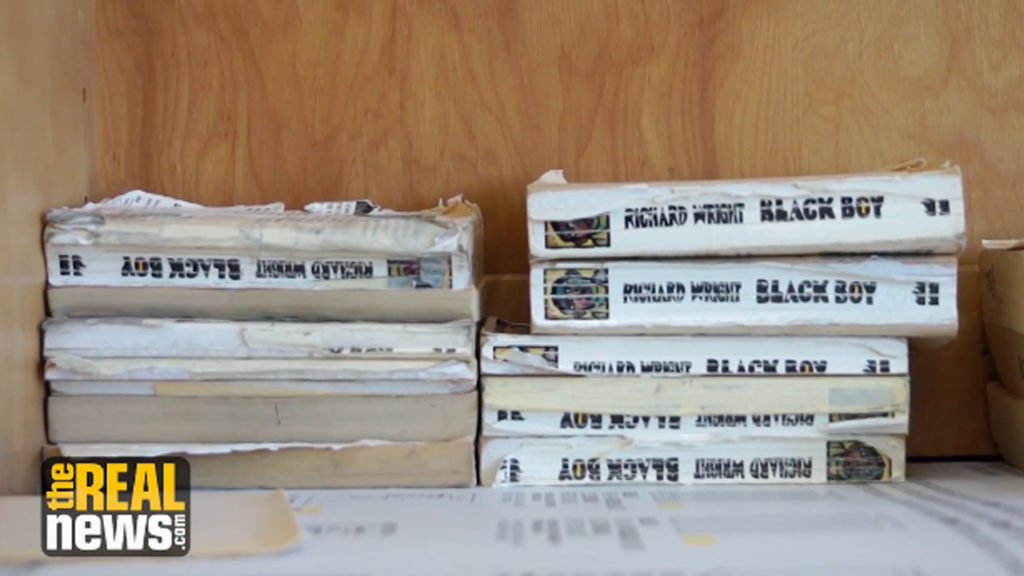 JAISAL NOOR: Democrats in Maryland say while we’ll find money to bolster policing in Baltimore, America’s deadliest city, they will table a key initiative designed to increase educational outcomes and alleviate chronic underfunding of the state’s most neglected schools. This has angered educators, advocates and experts who see well-funded schools as an antidote to high crime rates. The Democratic leaders of the legislature cited these comments of Republican Governor Larry Hogan, who on December 11 called the Kirwan commission’s preliminary price tag too expensive.

LARRY HOGAN: No, we cannot afford that.

JAISAL NOOR: The commission is a bipartisan committee that’s worked for two years to determine how Maryland could foster a world class education system, finding the state spent less money on jurisdictions with low income students of color than wealthier ones. The commission’s final price tag, released December 19, recommended phasing in increases to education, 1.5 billion in 2021 to 3.8 billion in 2030. Hogan says he will work with Democrats on Kirwan and stressed the need for accountability in how this money is spent.

LARRY HOGAN: We’re also leading the fight for more accountability in our local school systems and pushing to raise academic standards and to root out corruption and mismanagement.

JAISAL NOOR: And while he’s increased school spending, studies show schools need billions more to adequately teach all students. Kirwan is the successor to Thornton, a statewide committee established in the wake of a historic lawsuit which found the state had neglected Baltimore’s majority Black school system.

ALVIN THORNTON: And the most important part of the Maryland constitution is Article VIII. Article VIII is the education article, and it says that the first thing that the state does, before it does anything, is to fund and educate the children of Maryland.

LARRY HOGAN: To bring Maryland schools all across our state into the 21st century.

JAISAL NOOR: Funded in part by a referendum passed by voters in November to spend casino revenue on public education. But Democratic leaders have maintained these funds need to be used for Kirwan, and many say while money for construction and repairs is badly needed, it shouldn’t come instead of funding Kirwan’s recommendations.

MATT HORNBECK: We, as a state, voted for that ballot initiative to put casino money in public education, not for construction–and bricks and mortar issues are very important–but not for construction, but for the work that’s needed in schools for adequate pay for teachers and for universal Pre-K programming.

JAISAL NOOR: Kirwan’s backers in the legislature say they hope to start funding it in the upcoming 2019 legislative session, even though new school funding formulas may not be approved until 2020. The Real News spoke to students, parents and educators in Baltimore about the changes they want to see in their schools.

JOHN GRAY: I remember one day it was so cold in the building we had students in bubble coats, like full winter coats.

JOHN GRAY: You can’t even take your coat off. You’re in class in the same stuff you’re outside in. You can’t focus in those conditions. At Bard, I think it’s like one spot in the entire building that has actual … like if you ask the students, there’s a bathroom, and the heat’s always blasting in there.

JAISAL NOOR: Gray says these changes that Kirwan has proposed, like a culturally relevant curriculum, are vital to increasing educational outcomes.

JOHN GRAY: In the school, 83 percent of the population of students are students of color, but we teach vastly European history, like white culture. It doesn’t make sense. We need to teach the students that are in the class about themselves. We don’t have culturally relative education. I doubt there’s a class that teaches on like Baltimore history, that teaches on Black history in Baltimore.

JAISAL NOOR: Hampstead Hill Academy was recently recognized as a top school in the state. It was only one of three schools that received a five star rating in Baltimore City.

MATT HORNBECK: So I think that rating and ranking schools is very complex. We were very excited as the staff when we found out that we would receive the highest five star rating, ranking, and there are only 219 five star schools in the whole state.

MATT HORNBECK: The research shows us it is not the first thing, and certainly not the only thing, needed when you’re talking about school improvement and adequate educational programming.

JAISAL NOOR: Hornbeck says his school’s success underscores the need for the proposals backed by Kirwan.

MATT HORNBECK: But the relationship between the teacher and what they are teaching, the content, and the student, is where the whole game is. You can be in a nice room, teaching going on that is not getting the job done. So a nice room doesn’t mean that therefore, good things are happening.

JAISAL NOOR: Ten-year-old Ruth Schober-Levine is another student who has recently experienced extreme weather inside her classroom.

JAISAL NOOR: While this deeply concerns her mother, Melissa Schober-Levine, she says she’s also concerned about teachers and curriculum.

MELISSA SCHOBER-LEVINE: It is very nice that we want to have great physical plans, but without highly qualified teachers, great curriculum, attention to students with special needs, it doesn’t matter or it doesn’t matter enough. I would love for this building to be refurbished, and it will be under 21st century rebuilding, but if the wonderful people who work inside aren’t in the building, it doesn’t matter, it’s just a building. We need both to make our students successful.

JAISAL NOOR: She says the city can do more to contribute to its school system.

MELISSA SCHOBER-LEVINE: The city needs to spend more money on capital improvements for schools. We spend 19 million dollars now, that’s 100 million dollars or more less than similar jurisdictions. Carroll County and Somerset County spend proportionately a higher portion of their budget. Even tiny, tiny Somerset County, which has I think less than 10,000 kids in school there, spends about seven million dollars on capital improvements. Carroll County spends about 38, we spend 19. That’s a problem for Mayor Pugh, and we really need the citizens of the city to push hard in Annapolis January to April, and we need them to push hard on Mayor Pugh for better spending for capital investments for schools.

JAISAL NOOR: Jamal Jones is a leader of the youth-led Baltimore Algebra Project, who have been demanding educational equity in Baltimore for decades.

JAMAL JONES: What does a building do if the product that’s coming out of the building is still lackluster? Culturally relevant information, having culturally relevant teaching, having and making sure that there are the proper number of people in the school to staff all the different needs, to be able to hit all the needs that individual students across the state of Maryland have.

JAISAL NOOR: He says advocates must keep up the pressure on elected officials if Kirwan is to be adopted, which he sees as a step towards reaching educational equity.

JAMAL JONES: This is where we are now. This is the level of investment that will be required to right size us for now, to then be able to say, well what is needed further and what we’ll be able to do. At the end of the day, we just did a temperature check. We did a post-check, and the post-check came back and said we need 4.4 billion dollars in order to make sure things are right. And what the governor said is, “I don’t care, I’m good, I’ll invest in these buildings.” So rather than getting the type of care that Baltimore and other people in Maryland will need, because so goes Baltimore so goes the state of Maryland, we’ll get some nice shiny buildings and we won’t have people who get to come out of old buildings who can go take jobs that will be able to actually maneuver them into a better space in the economy.

JAISAL NOOR: All agree that the decisions made about the future of the state’s education system will have ramifications felt for decades to come.