The Trump administration's illegal economic sanctions against Iran reduce access to essential medicines, according to UN experts and interview with CEPR's Mark Weisbrot

The Trump administration's illegal economic sanctions against Iran reduce access to essential medicines, according to UN experts and interview with CEPR's Mark Weisbrot 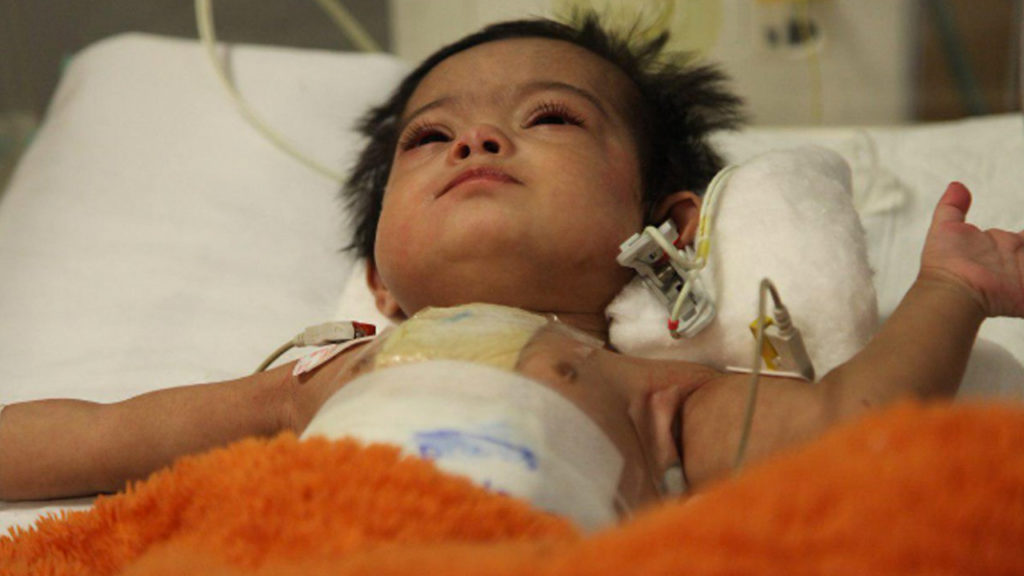 SHARMINI PERIES The current unilateral sanctions imposed by the US on Iran is collective punishment on the Iranian people. It violates not only the Iran nuclear agreement that the US had signed and then unilaterally withdrew from, but it also violates international law, human rights, and, of course, US law as well. We will examine the impact of the US economic sanctions on Iran next on The Real News Network.

Welcome to The Real News Network. I’m Sharmini Peries coming to you from Baltimore. Here is Idriss Jazairy, Special Rapporteur, on the negative impact of the unilateral coercive measures at the United Nations, appointed by the UN Human Rights Council.

IDRISS JAZAIRY These unilateral sanctions have spread like wildfire. The idea was basically, in the context of the charter, that such sanctions should be determined by the Security Council. Because it was sometimes difficult to achieve consensus on sanctions in the Security Council, there was this practice of unilateral coercive measures, was resorted to by a large number of mainly industrialized countries. So it became, you could say today, about a quarter of the world’s population lives in countries that are the target of sanctions, unilateral sanctions.

SHARMINI PERIES To dig into this further with me, I’m joined by Mark Weisbrot. Mark is Co-Director of the Center for Economic and Policy Research and the author of the book Failed: What “Experts” Got Wrong about the Global Economy. Good to have you here, Mark.

SHARMINI PERIES All right, Mark. Let’s start off with the impact the US sanctions on Iran is directly having, economically, in Iran.

Then, what happens when Trump in May of 2018 announced that he’s going to reinstitute sanctions, economic sanctions, and, of course, you can see in the graph when it actually happens in November, but again, there was a lot of drop in anticipation. But, once again, you get a big drop in oil production and you had inflation of 51 percent in 2018. Since the sanctions have been implemented, the currency is down about more than 50 percent on the parallel market and that contributes a lot to the inflation. For 2019, the IMF has lowered their projection for economic growth for Iran from negative 3, to negative 6 percent as a result of the sanctions and can get a lot worse. And so, people are punished by this. This is an attack on the civilian population and there are loss of income, and also, there are loss of access to medicines. So, for example, and there’s more studies of this than there are on the sanctions against Venezuela, but there was a 2016 study done by faculty at the University of California San Diego School of Medicine, and they found 73 drugs that were related to these specific disease burden of Iran, and there were shortages, and 44 percent of these were essential medicines according to the World Health Organization. So, this is a very serious impact. Sanctions really are, these economic sanctions are really a form of warfare and they kill people, just like bombing does and other forms of conventional warfare.

SHARMINI PERIES Mark, it is obviously a form of economic warfare, as you say. What course of action can Iran take in order to overcome these kinds of internationally illegal, unilateral economic warfare intended to have collective punishment?

MARK WEISBROT Well, as I mentioned, the shortages of medicines that’s been documented. It also had in the entire economy. As I mentioned, the relation between the GDP and the oil production is very direct for a number of reasons— inflation and the exchange rate. It really wrecks the economy and that’s its intention. That’s why I say it really is targeted against civilians in so many ways because all of these social indicators are related to the economy and the availability of essential medicines. But the other thing it does is it polarizes the country and makes everything more difficult. And so, it makes politics much more difficult. It increases the chance of repression as well because, you know, it’s just like the polarization, only magnified a thousand-fold that you see in the US as a result of the Russian interference, whatever it amounted to. Even though it probably didn’t affect the election, it had a polarizing effect. Well, here you have a foreign power that’s actively trying to destroy your economy and so, that has a big impact.

You know, the other impact I think is also extremely important is it’s very often these sanctions are a prelude to war, to other kinds of war like conventional warfare, bombing, and shooting. That you can see in the run up to the Iraq War of 2002. The sanctions from 1991 to 1998, which did tremendous damage to human life, but they also were a prelude to the war. Here, you see the same thing happening with Iran right now because what is Iran doing? They’re saying well, they’re telling Europe, you know, if you go along with these sanctions, we’re going to pull out of our, we’re going to abandon our commitments that we made with regard to any kind of nuclear-related activities in the prior agreement that Trump has withdrawn from. And so, that sets up a situation for military confrontation, which, of course, people like Bolton are trying to exploit. It’s very similar with North Korea, as well. This becomes the only bargaining chip that the country has in a situation where the United States has the ability to destroy their economy. They say well, if you do this, we’re going to do more nuclear testing, or we’re going to develop nuclear weapons, or improve our capacity to produce nuclear weapons in the future. It becomes their only way that they can see not just for the survival of a particular government, but for the survival of a sovereign country. This is the other really, terribly destructive impact of these kinds of illegal sanctions.

SHARMINI PERIES Mark, the UN Special Rapporteur really calls out the United States on this and says that the only way forward, according to international law and the United Nations Charter, is diplomacy. Your thoughts on that.

MARK WEISBROT Yes. That’s absolutely right and this is the other really ugly part of these economic sanctions. It’s a form of warfare and it’s, of course, a substitute for diplomacy and respect for international law and norms. It’s violence and it’s violence being used instead of negotiation. That’s what makes it even more of a threat because this is what wars are made of as well, conventional wars.

SHARMINI PERIES All right, Mark. I thank you, as always, for joining us here on The Real News Network.

SHARMINI PERIES And thank you for joining us on The Real News Network.