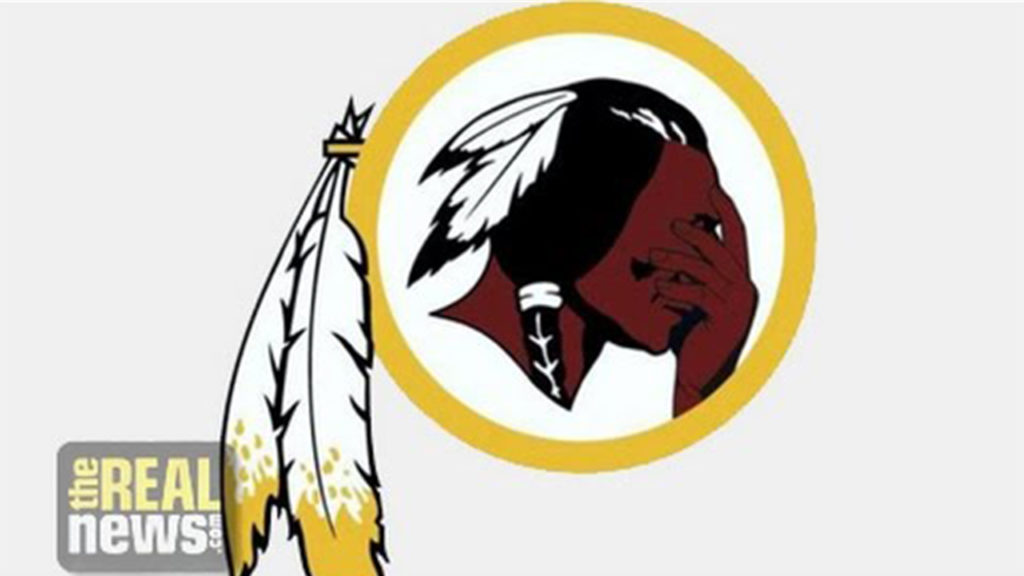 With Thanksgiving coming up this weekend we want to talk about the myths related to this holiday. Although we’re taught at a young age that indigenous people and pilgrims sat together and happily feasted, the violent and colonial origins of this holiday are frequently ignored. And although we also historicize the land theft and the genocide against indigenous communities, let us not forget that this is something that is still happening today.

So here to talk about this with us is Tara Houska. Tara is Ojibwe from the Couchiching First Nation. She is a tribal rights attorney in Washington, DC, a cofounder of NotYourMascots.org, and a contributor to Indian Country Today media network and the Huffington Post. Tara, welcome to the Real News.

TARA HOUSKA: Thank you for having me.

BALL: Can you talk with us a little bit about the actual roots of what we now call Thanksgiving here in the United States?

HOUSKA: Sure. I mean, I think the history of Thanksgiving actually comes from this understanding that the Wampanoag tribe sat down with the pilgrims and gave them gifts of venison, five deer, and they shared this kind of very friendly meal. The actual myth of Thanksgiving didn’t really come into being [inaud.] into the 19th century. But that’s kind of, I think that’s the event that people use as that kind of common storyline.

BALL: How do you think that, you know, a lot of people will obviously say that we gather to see our families, to eat a good meal, to watch football, to enjoy a day off from work. And we’re not actually celebrating the genocide of indigenous populations. How do you think that settlers and other groups of people, and other participants in this holiday, should orient themselves to work for indigenous justice?

HOUSKA: I definitely don’t think that people are celebrating the genocide of indigenous people. There are Native Americans that will celebrate Thanksgiving tomorrow. I mean, I’m certainly going to be with friends and family and have a meal and watch football. It’ll be a great day. But I think that what you can do to actually counteract this negative history is by teaching the real history. And so I know for a fact that today across America, I guarantee there are hundreds of classrooms that are engaging in constructing paper headdresses and perpetuating this myth of happy Indians and happy pilgrims, and kind of overlooking the entire history of what really happened to indigenous people.

BALL: You know, you’re also really involved in a number of current struggles around image and symbolism of Native Americans, of indigenous populations. Around the football team there in Washington and other athletic teams as well. How do you situate that struggle and the struggle around the mythology and symbolism of this holiday season with the actual conditions of the people themselves? I mean, if I have it correct I believe that the average Native American, particularly those still living on reservations, lives on less than $2 a day. But we have this popular mythology around indigenous people with casinos, and other mythologies around, you know, government handouts or payback, or even reparations for those histories. What are the actual conditions of most Native Americans in this country? Or even in the Americas generally?

HOUSKA: I think it’s–you know, that’s a very common thread, to kind of paint Native Americans with this broad picture. There are 567 federally recognized tribes in the United States, and they have a whole range of cultures, practices, beliefs, economic development. It’s not just, you know, all casinos or all destitutely poor. That’s not how it works. And I think that there’s this tendency to paint with a broad brush because that’s what we’ve always done. We’ve always made Native Americans into this monolithic culture. I mean, that’s what mascots do, that’s what this Thanksgiving storyline does. It makes all the Indians the same.

BALL: So Tara, before we leave, are there any current struggles that you’re involved with that you can let our audience know about to perhaps support or join?

HOUSKA: Sure. So right now in Arizona there’s the Apache Stronghold is actually fighting to save their sacred site. It was given by the federal government to a foreign mining operation and is set to be destroyed. Actually it’s called Oak Flat. You can learn about that and help those people. They’re a grassroots–they’re organizing right now to save their homelands. And you can, right now there’s the tar sands issue. We know that Keystone XL just went through, but the tar sands are continuing to be extracted up in Alberta. So that’s happening. There are a number of different issues.

Right now, actually next week, there’s going to be in the Supreme Court, the Supreme Court is trying to remove what little jurisdiction Native Americans have over non-Indians and into the reservation. So basically our right to prosecute and criminally defend and protect our people is being challenged in the Supreme Court, and that’s happening next week. So there are a lot of different things you can do. And the Supreme Court [inaud.] that will be here in Washington, DC. So come down and show your support.

BALL: All right. Well, Tara Houska, thank you again for joining us here at the Real News Network.

BALL: And thank you for joining us here at the Real News. Again, for all involved I’m Jared Ball in Baltimore saying, as Fred Hampton used to say, to you we say peace if you’re willing to fight for it. So peace, everybody, and we’ll catch you in the whirlwind.

Trump and The War Within the American Oligarchy

Trade Unions and the Fate of the American Left