What Can Warren Change? 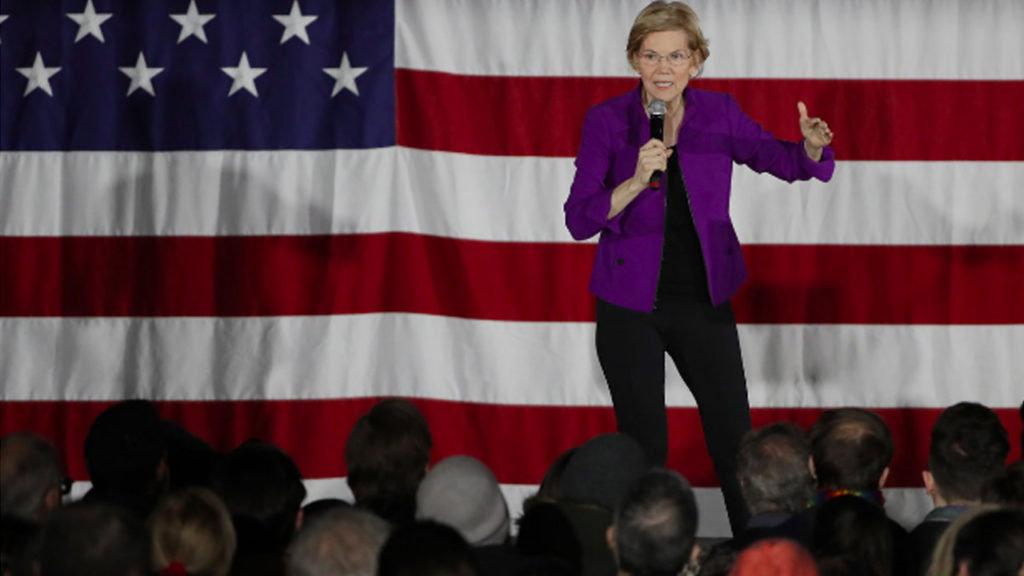 MARC STEINER Welcome to The Real News Network. I’m Mark Steiner. Always good to have you with us. Now if you were watching the previous segment and you saw what Bill Black and I were talking about, you saw that we were kind of diving into the history of this. Why it’s so difficult to prosecute or maybe it’s not, and we’re finding out why. But what we didn’t jump into was about Elizabeth Warren’s proposal. Do they make sense? If they passed, will they actually make a difference. What is it that we do we need, more laws like that or do we need more regulation? What would solve the crisis that we seem to constantly be falling into? And we’re still here with Bill Black as always, which is great. So Bill, let me just jump right into this. Her proposals— do they meet muster? Do they actually make a difference? Some people say she’s piddling around the edges. What do you think?

BILL BLACK So for example, the proposed bill on Too Big to Jail would largely recreate the entities that we had during the great financial crisis, which led to virtually no prosecutions. So yes, we need more resources, but bringing back SIGTARP, the special inspector general for the Treasury, would have next to no effects. The criminal referrals have to come from the banking regulatory agencies. They have essentially been terminated. You need new leadership at those entities that were actually going to make criminal referrals. The second part— would it change things to be able to prosecute simply by showing negligence? Well yes, but it would still be a massive battle to show negligence in those circumstances and at the end of the day, the judge could just give probation. And judges are going to be very hostile to it, particularly after Trump gets all these judicial appointees. You would just see a wave, if you used a simple negligence standard of conservative judges who didn’t think it was fair to make it that easy to prosecute folks. They would give people probation. Prosecutors wouldn’t want to go through a huge fight just to get probation and such. And so, it would be immensely ineffective, and it would break. There’d be maybe some progressive judges that would actually give the maximum term, but that’s only one year under her proposal. So you’re not going to get significant deterrence through those mechanisms. It’s far better to focus on using the existing criminal laws but changing the things in the system that are so criminogenic and changing institutionally the regulators, the F.B.I., and the prosecutors, so that you go back to systems that we’ve always known how to make work. The simple example is task forces. What produced the huge success in the savings and loan, the Commercial Bank, and the Enron era fraud prosecutions? It was these task forces where we brought everyone together to actually bring prosecutions. They killed those criminal task forces, both under the Bush administration and under the Obama administration. So we don’t have to reinvent the bike. We don’t have to design a new vehicle. We have a vehicle that works for successful prosecutions. We actually need to use it and to do that, we need people in charge who have the will to prosecute elite white-collar criminals.

MARC STEINER So you do agree with a critique of these bills, saying what we need is just to have greater regulation and enforce regulations we have? We don’t need new prosecutorial tools? Is that what you’re saying?

BILL BLACK No I completely reject that view in Slate that is by two folks who have really extreme views. One thinks that we prosecute and sentence elite white-collar criminals way too much and much too heavily. And the other, for example, has written an article saying, we shouldn’t make wage theft which is theft, a crime. Even though it’s Walmart’s dominant strategy and it makes it impossible for more honest merchants to compete against Walmart, that is an insane view. And of course, it will never happen because you’re going to put the same people in charge who don’t believe. If they don’t believe in prosecuting, you think seriously they believe in regulating the big banks?

MARC STEINER What I’m asking you though Bill, to critique that, what do you think? Are the bills that Elizabeth Warren is suggesting unnecessary, other than maybe putting more money into regulatory agencies to oversee all of this? Are you saying that we have enough prosecutorial tools?

BILL BLACK They’re unnecessary. The specifics in the bills are unnecessary. But that doesn’t mean that regulation is the answer to it, although it’s part of the issue.

MARC STEINER I got you. Right.

BILL BLACK What you need is leaders who will use the tools we know work, to do the prosecutions. And they made absolutely sure— that’s Lanny Breuer who you talked about in the first episode of this thing, that actually said to a nationwide audience on video that he was kept awake and fearing not what the bank criminals were doing but fearing that somebody might lose their job in banks because of it. You know he doesn’t represent the American people at that point. If you put Lanny Breuer in, you could put 10,000 F.B.I. agents and you would still get no prosecutions, because Lanny Breuer simply isn’t going to prosecute just like Eric Holder simply wasn’t going to prosecute.

MARC STEINER Well this has been really edifying for me and I think all of our viewers. Bill Black, it always is. I deeply appreciate your thinking, and the work you’ve done, and what you bring to us. Thank you so much for all of this.

MARC STEINER And I’m Mark Steiner here for The Real News Network. Thank you all for joining us. Take care.