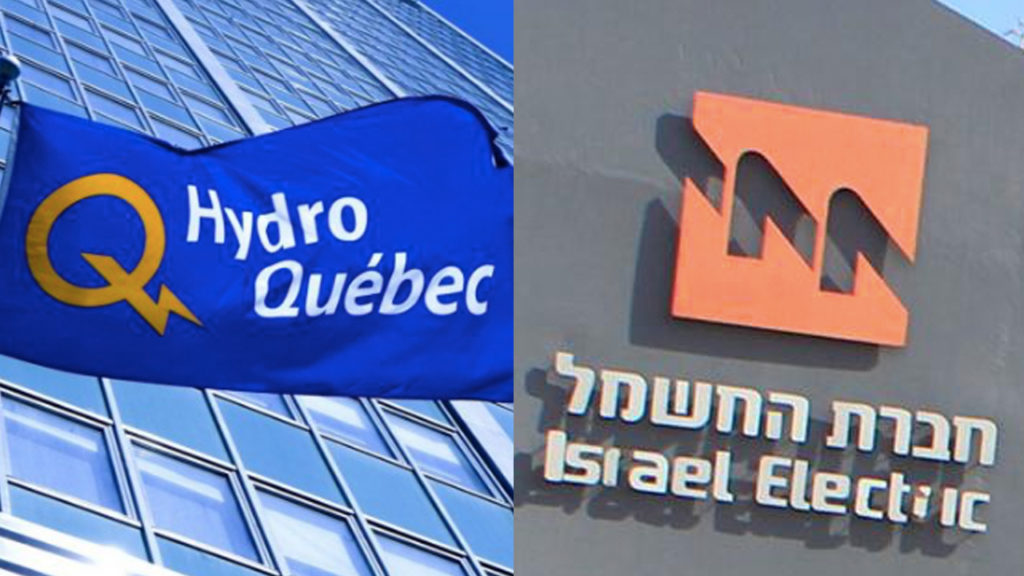 DIMITRI LASCARIS: This is Dimitri Lascaris reporting for The Real News Network from Montreal, Quebec.

Now here to discuss all of this with us is Quebec lawyer John Philpot, a member of Coalition BDS Quebec. And he joins us today from Cairo, Egypt. John, thanks for coming onto The Real News.

JOHN PHILPOT: Thank you. I am honored to be with you.

DIMITRI LASCARIS: So John, why should Canadians be concerned about a cybersecurity agreement between Hydro-Quebec and the Israel Electric Corporation?

JOHN PHILPOT: Israel Electric Corporation cuts the electricity to Gaza, makes punitive cuts to the West Bank, provides electricity to the illegal colonies, supports the Israeli Army in electricity, electrifies the wall. Israel Electric Corporation appears to commit crimes in Israel. And a partnership with a company which commits crimes, creates criminal and civil liability potentially for, for example, Hydro-Quebec, which is part of the Quebec government and a corporation which many of us think is a very important corporation–we’re kind of proud to have nationalized electricity–we don’t want our reputation to be sullied by this kind of criminal liability for an apartheid state, which Israel is.

DIMITRI LASCARIS: Now as part of the campaign to bring an end to this relationship, I understand that you filed an Access to Information request and had to go through quite a bit of legal maneuvering to obtain a copy of this contract between the two electrical utilities. Ultimately, you were successful in obtaining it. Can you tell us briefly about the hurdles you had to overcome to obtain the contract?

JOHN PHILPOT: Well, you file to a government or para-governmental organization. You ask for the copy… quite quickly they would not give it to me. I talked to somebody in the administration. And yes, there’s an exchange in both ways. In other words, Hydro-Quebec helps Israel Electric and Israel Electric helps Hydro-Quebec. So they refused. I went on a revision–it’s the term you use–and I didn’t hear from them. They refused to give me even a redacted copy. So I heard nothing about them.

And for about almost two years, we led a campaign. By the way, it was a very good campaign involving much more than just pure legal types of work. We had gotten unions involved. Maybe you want me to get into that later in the interview, but unions, community organizations, BDS partner organizations, the Quebec Solidaire from the Assemblee Nationale asked questions at the Commission on Energy Commission. And we did a lot of work. A group of Palestinian activists called PAJU demonstrated; handed out, I think, 10,000 leaflets about the Hydro-Quebec issue. And so it was a really quite a large movement, and I think that’s the key to our success.

Also, as I’m sure you know John, many governments, international institutions, and human rights organizations including Amnesty International have condemned Israel for a range of other human rights abuses, including collective punishment, torture, and extra-judicial killings. Now, it’s hard to believe that Hydro-Quebec wasn’t aware of at least some of this at the time it entered into this contract. So does the contract, now that you’ve obtained a copy of it, have anything to say at all about the protection of human rights?

JOHN PHILPOT: Nothing. Nothing about that. It’s a framework for exchange. And apparently, they had a lot of exchange and they did help each other. It’s ostensibly on cybersecurity, but cybersecurity goes very far. Anyone who reads now knows that cybersecurity–and it’s very broad terms of cybersecurity–means potentially military strategy, military action. This is where Hydro-Quebec made a major mistake. We can all talk about why; there’s all kinds of speculation why. But it was a liberal government in power, a very pro-Canadian government in power at the time. Denis Coderre, the mayor of Montreal, had gone to Israel six months earlier. So there was a big push to align Canadian administration with Israel. And hopefully, we’ve pushed back on this.

Obviously, the lesson which companies have to realize: If you do business with Israel, you’re putting yourself in danger because the law is evolving. International criminal law doesn’t quite work yet for charging potentially Hydro-Quebec or another company, but you and I know that these types of criminal liability and civil liabilities are arising and becoming more important. Any company which does that is putting itself at risk; both its shareholders, its employees, the community which works in those companies. And this is why this success with Hydro-Quebec should be a warning to any other company in Canada, and let’s hope maybe in the U.S. We’ll see.

DIMITRI LASCARIS: Well, we’ve been speaking to Quebec lawyer John Philpot about a recent announcement by Hydro-Quebec that it has allowed its cybersecurity agreement with the Israel Electric Corporation to lapse. Thank you very much for joining us today, John.

URUJ SHEIKH: Hey everyone. My name is Uruj Sheikh, and I’m the development campaign manager at The Real News Network. If we’re going to stand up to the corporate elites, then we need your help to make people-powered media. That’s why I’m asking you to please donate to The Real News Network. And while you’re at it, hit the subscribe button. Thanks so much.

February 25, 2020
Sign Up for Our Newsletter
Help Us Make Real News!