Germany's Social-Democratic Party voted to lease Israeli attack drones, even though the German military does not need them and the deal is incredibly overpriced. TRNN's Shir Hever explains what lies behind this deal

Germany's Social-Democratic Party voted to lease Israeli attack drones, even though the German military does not need them and the deal is incredibly overpriced. TRNN's Shir Hever explains what lies behind this deal 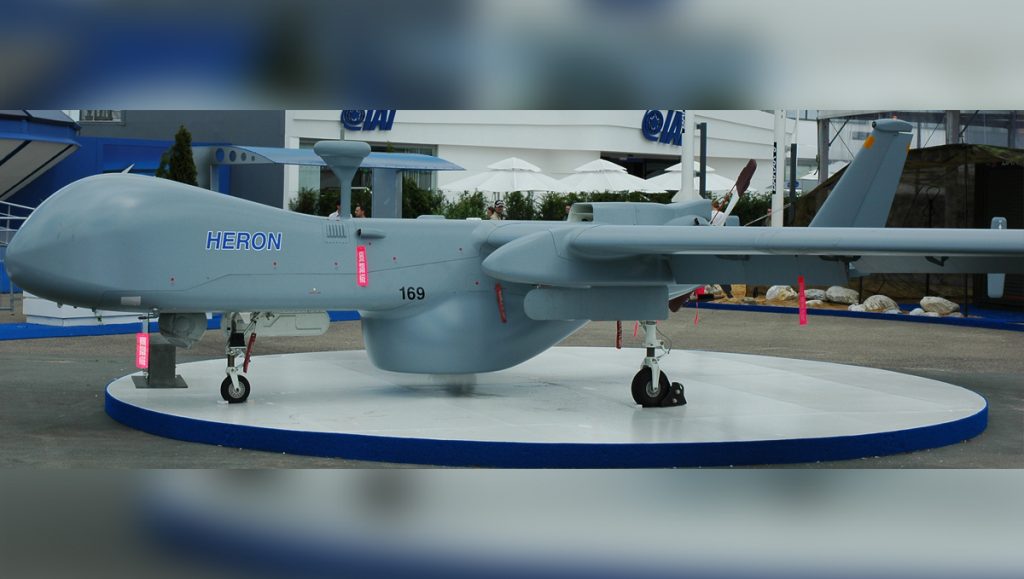 GREG WILPERT: It’s The Real News Network. I’m Greg Wilpert coming to you from Quito, Ecuador. The ruling coalition in Germany has been debating for about two years whether to lease Heron attack drones. The Israeli company Aerospace Industries manufactures these drones, and would lease 16 of them to Germany for the cost of about one billion euros. The deal hinges on a decision of the German Social Democratic Party, the SPD. Until recently the SPD objected to the deal, arguing that the German military does not need offensive drones capable of carrying heavy ordnance. However, merely a week after the massacre of Palestinians in Gaza on March 30th, the SPD changed its mind and decided to go ahead with leasing the Israeli drones.

Joining me to discuss this issue this issue is Shir Hever. Shir is a Real News correspondent in Heidelberg, Germany. His book, “The Privatization of Israeli Security,” was published by Pluto Press in 2017. Thanks for being here, Shir.

GREG WILPERT: So the cost of a Heron drone is estimated to be about $10 million each. So why is Germany willing to list 16 drones from Israel for a billion euros when it could have bought 100 drones for that much money?

SHIR HEVER: Well, first of all, the German military doesn’t actually need these drones. If anything, the German military expressed a desire to buy surveillance drones, and surveillance drones should be small and light. These Heron drones are massive, and they’re designed to carry heavy missiles into battle, and to shoot them at targets, capable of causing a lot of destruction. Something that the German government is not currently considering, as it’s not engaged in, in any kind of military activity that requires this sort of equipment.

And in fact, not only will the German military not buy these drones, 100 drones but only 16, they’re not even buying them. They’re just leasing them. And the drones are actually going to stay in Israel. They’re not going to be delivered to Germany, so that they will be in air bases in Israel, and German soldiers can visit them and train with them in Israel.

So this is something that really boggles the mind until you realize that the actual reason is economic, not military. And the truth is that the German government is trying to protect a German company Thyssenkrupp, which is an arms company. And among among other things, Thyssenkrupp has been selling submarines to the Israeli military for nearly four billion euros. And normally the arms industry deals are reciprocal. So Israel is expected to buy from Thyssenkrupp. If Israel is buying from Thyssenkrupp for 4 billion euros, Thyssenkrupp should buy something from Israel for a like amount of money. Thyssenkrupp already said there’s nothing that we want to buy or need to buy from an Israeli company. So the German government is trying to save Thyssenkrupp from being blacklisted by the Israeli minister of finance by spending way too much money on these drones that they don’t really need. But if it is a billion euros, then that might convince the Israeli ministry of finance not to blacklist them.

GREG WILPERT: Sounds like a subsidy, basically, for Thyssenkrupp, and maybe for the Israelis at the same time, no?

SHIR HEVER: Yes, absolutely. And this is actually very important for the Israeli company Israel Aerospace Industries, which is a failing company at the moment. Their sales are not so great, especially not in their civilian department. And in order to try to cover their losses on the civilian department they’re trying to sell as many weapons as possible, including to very suspicious governments, which violates international law and human rights. And this deal with Germany is a very big proportion of the overall sales. So if the deal doesn’t go through it’s a very big blow for Israeli Aerospace Industries, and they’re very concerned about that.

GREG WILPERT: So the deal was supposed to go through last year, and at the last moment the SPD stopped the deal just before the elections in Germany. Then in the negotiations for the coalition government between the Christian Democratic Union, the CDU, and the SPD, the SPD resisted including the drone deal in the coalition agreement, but now they’ve changed their minds. What made them change their minds just now?

SHIR HEVER: I think it’s very interesting, because if you listen to the rhetoric of several members of the German parliament, the Bundestag, about how they talk about this deal, the SPD members usually use the language of rights and the language of international law, and they say we, we want a drone that is not used for attack. So even if they are supporting the deal to buy, to lease the Heron drone, they want to lease a version of the Heron drone that doesn’t carry missiles. Which is, which is odd, because the Heron drone was designed to carry heavy ordnance.

But as soon as the Israeli military started killing Palestinian civilians in Gaza when the Great March of Return started on March 30, and they of course use a lot of the footage of, that the military is collecting, from using various Israeli weapons, including drones, in attacking Palestinians, they’re using that to promote their deals. And it’s very interesting how the logic of the effectiveness of weapons, this kind of science fiction feel that the weapons give , or like a computer game feel, that soldiers can use with remote control of weapons to kill civilians who have absolutely no way of defending themselves. It’s something that has actually defeated the logic of international law, and convinced members of the SPD that the weapon is too cool and too nice to give up, and that, and so they did change their mind.

GREG WILPERT: OK. Well, we’ll leave it there for now. I was speaking to Shir Hever, a Real News correspondent in Heidelberg, Germany. Thanks again for talking to us about this today, Shir.