How Puerto Rico’s Death Toll Was Ignored, and Could Have Been Avoided (Pt. 2/2)

A Harvard study has found that at least 4,645 people have died as a result of Hurricane Maria in Puerto Rico, 70 times more than Puerto Rico officials claim. We speak to Omaya Sosa, co-founder of Puerto Rico’s Center for Investigative Journalism, who first reported  the government's official death toll was underreported

A Harvard study has found that at least 4,645 people have died as a result of Hurricane Maria in Puerto Rico, 70 times more than Puerto Rico officials claim. We speak to Omaya Sosa, co-founder of Puerto Rico’s Center for Investigative Journalism, who first reported  the government's official death toll was underreported 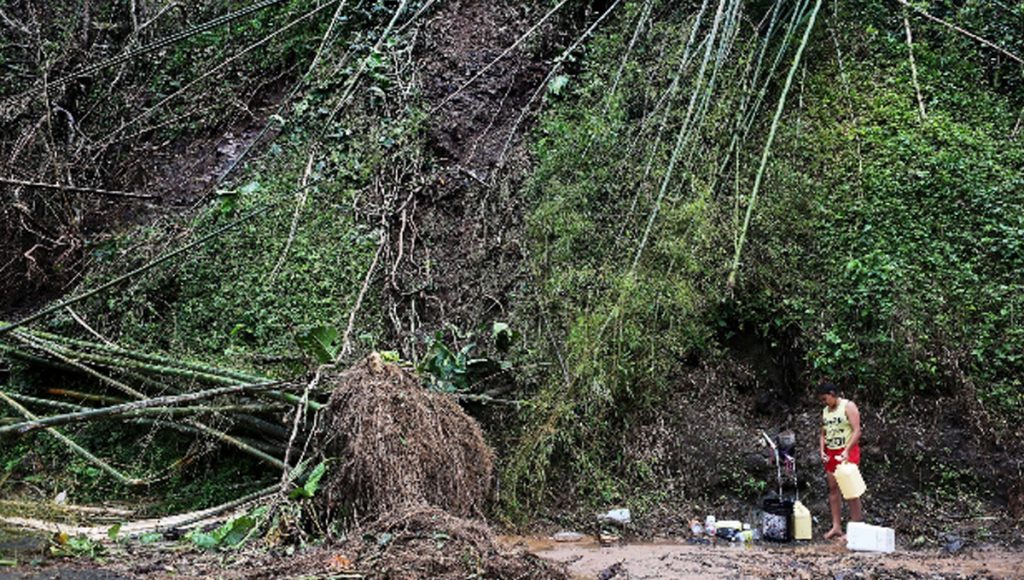 AARON MATÉ: It’s The Real News, I’m Aaron Maté, continuing with Omaya Sosa. She is co-founder of Puerto Rico’s Center for Investigative Journalism. And we’re talking about a new study that has just come out, saying that at least 4,645 people have died as a result of Hurricane Maria. This tracks with reporting that Omaya has done, beginning in the days after Hurricane Maria, when she said that the official government death toll was being vastly undercounted. So, Omaya, let me ask you to talk more about what you found in the hospitals, because you visited Medicare facilities from the beginning, and reported some really dire scenes. What did you witness when you went on the ground inside Puerto Rico’s hospitals?

OMAYA SOSA: I must say, it was me and another colleague, Jeniffer Wiscovitch, who has been also underground visiting the hospitals and working on this story, that the situation we both saw at several facilities was very- it was dire. They were, as you said, they were not ready to serve patients or to really give critical care to patients. They had no electricity. You had, literally, people in the hallways with fans, with some low intensity generators, and many of them were performing surgery under these conditions. As you probably know, when you don’t have the proper temperature, for example, at an operating room, that’s a cause for infection. Many of the cases that were afterwards seen in the data were cases of infections, for example.

So, in general terms, they were not ready to provide the critical services that patients needed, because they themselves had problems with the electrical service. They are not prepared to run on generators for two months. Generators are there for, maybe, support for two days or three days or four days, but not for two months in a row. So, even the areas that were energized, they would sometimes- all of a sudden, they would have a total blackout in the middle of a surgery, for example. So, some were worse, some were a little better. But in general, all the hospitals were having the same problems with lack of electricity, with lack of critical medical supplies, medication, oxygen, and even personnel, professionals that couldn’t get there. So, they didn’t have the staffing they needed.

AARON MATÉ: And your recent reporting points out that the government of Puerto Rico has not had a comprehensive plan to deal with emergencies such as Maria for the health system. Going back many, many years, and in light of the fact that also, back in the 1990s, there were many privatizations inside the Puerto Rican health care system- I’m wondering if you could talk about the extent to which this high death toll, of over 4,600 people, is systemic, it relates to issues and problems that long predate Hurricane Maria?

OMAYA SOSA: Yeah, that’s the whole point of our last piece, published last week. It’s totally systemic. The problems with the health care system date from decades ago and they have become worse with the economic crisis. So, Puerto Rico used to have a public system, which had many problems too, but at least had an organized, level system of care, right? And you had regional centers that were all government controlled. When that was there, you had a way to canalize or organize the flow of patients in an emergency, for example, or other kinds of situations.

But in the 90s, everything was privatized, and we were left basically with one major hospital in San Juan, that’s Centro Médico, or the Medical Center. So, when this happens, you have nowhere to send the patients in the South, for example, in the center, in the West. In that case you have private institutions, but it depends on the will of that private cooperation and all the resources they have. The government has no control of these institutions. So, I think the whole situation caught them very off guard, with a broken system and a disorganized system where you didn’t have the resources even to take control of these hospitals and see how you could canalize all these people, all these patients.

AARON MATÉ: Let me ask you about efforts to shun accountability in the months since Hurricane Maria. The website Latino Rebels had a report last year in October, shortly after the hurricane. It’s called, Sources: Democratic Lobbyists with Ties to Puerto Rico Gov’t Urged Senators to Not Focus on Maria Death Count. And it talks about a lobbyist named Manuel Ortiz, who was described as a prominent Democratic strategist with ties to Puerto Rico’s government, writing thirteen Democratic senators and urging them not to support an investigation of the death count related to Hurricane Maria.

OMAYA SOSA: You know, I haven’t investigated that case in particular. I have heard about it and it’s really, it’s very sad, and it’s just terrible. I cannot understand how the government can concentrate on politics instead of concentrating on saving lives. It’s just, it’s unacceptable. Totally unacceptable. The situation is such that, for us to even do our work, instead of cooperating with the investigations we have been conducting, the government has done everything in their power to obstruct them and not allow us to move forward with our work, that has the only purpose of informing citizens of what’s going on and trying to help save lives.

AARON MATÉ: How so?

OMAYA SOSA: We haven’t had- just to get the basic mortality data that’s public information was very hard. When we finally got some data from them, that was about around November, it was only for October and a week of September. After that, the information kind of stopped. We got some more data, but it was very difficult getting pieces of data. It would take a month, two months. After December, they just stopped altogether, because they wouldn’t- we were really asking for the full set of the mortality data of Puerto Rico, not just bits and pieces, that was what they were giving us.

AARON MATÉ: Finally, in your reporting, as you speak to family members of people who have died inside hospitals, inside facilities, people dying as a result of being unable to obtain medical care or being denied the essential care that they need, what do these people tell you?

OMAYA SOSA: All kinds of desperate stories. I mean, I couldn’t sum them up in a couple of minutes. And we’ve literally interviewed dozens of people that have had family members die under all kinds of circumstances, you may imagine. You have people trying to desperately get an ambulance to get to their house to pick up their loved ones because the person is having some kind of heart attack, or whatever situation, because many members sometimes don’t even know what was going on. They just see their family member get really sick and they don’t have an alternative.

911 wouldn’t pick up the call. They would drive people to hospitals and when they get to the hospitals, the hospital would then say, the staff would say, “We cannot take care of them, of this person here, right now. We don’t have the conditions, we don’t have the staff.” Or maybe they would take them in and they see all kinds of scenes taken out from horror movies, the scripts of, really. You know, people throwing up, blood in the hallways, stuff going crazy. We even got a person that left her father at a hospital here in Carolina, and when she came back the next morning to visit him, she pulled the curtain and there was nobody there. He had died. Nobody had told her anything.

AARON MATÉ: We’ll leave it there. Omaya Sosa, co-founder of Puerto Rico’s Center for Investigative Journalism. She broke the story in the days after Hurricane Maria hit that the government death count was vastly underreported. Omaya, thank you.

OMAYA SOSA: Thank you for having me.