Presidential Campaign in Mexico Gets Dirty

Anonymous phone calls are going out with messages warning that the leading candidate is a danger to the country. At the same time, political violence has claimed more than a hundred lives. Laura Carlsen reports from Mexico

Anonymous phone calls are going out with messages warning that the leading candidate is a danger to the country. At the same time, political violence has claimed more than a hundred lives. Laura Carlsen reports from Mexico 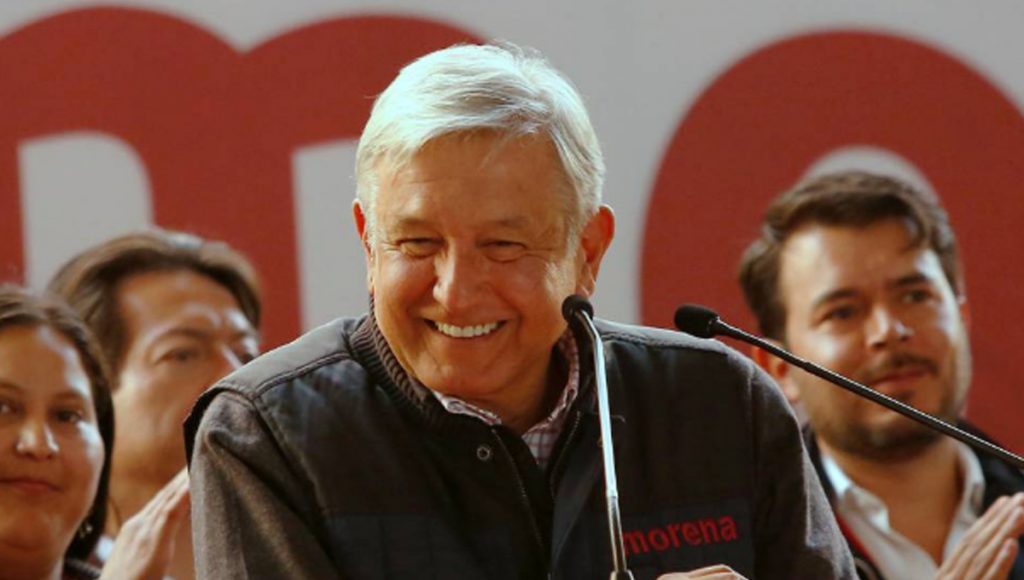 LAURA CARLSEN: This week the gloves came off in the Mexican elections. What appears to be hundreds of thousands of phone calls are being made to cell phones throughout the country, Claiming that Andres Manuel Lopez Obrador poses a danger to society. At the end of the recording, which consists of incendiary and often false statements against the candidate, there is a loaded question, and the voice asks the person to mark one to determine whether it’s a Lopez Obrador sympathizer or not.

My call came in the other afternoon. A woman’s voice began: “As you know, Andres Manuel Lopez Obrador is criticizing major businessmen, which threatens private investment, and the jobs it creates. If you agree that Lopez Obrador picking fights with businessmen even though it risks losing national and foreign investment and job creation, mark one on your phone.”

It sounds like that. It’s not a bad translation. That’s literally how absurd the call was. Other people got calls on different hot button issues in the campaign. Here’s one that warns that Lopez Obrador would release criminals from prison.

It’s clear the big data is being employed here. I got the call on foreign investment. Others got calls on education, security, and other issues. Experts have noted that the call can also generate a database by registering whether voters are for or against the candidate. They seemed to be aimed at changing votes. Given the margin AMLO has, the opposition, whoever it is is behind this, would have to flip at least some voters because it can’t even win with undecideds. On Twitter the hashtag #GuerraSucioElectoral is trending: Electoral dirty war. The special prosecutor on electoral crimes has agreed to take complaints and look into the calls.

Calumnious phone calls from anonymous sources are an ominous sign for the days to come, but it gets worse. There have been over 110 political assassinations since the campaign period began on September 8. Most have been candidates, especially on the local level. These elections are already among the bloodiest in Mexican history. On June 2, for example, four women politicians who were assassinated, including Juana Maldonado, a candidate in Puebla, and Pamela Teran, a candidate in Oaxaca who was murdered with the young photographer assigned to cover her campaign, Maria Del Sol Cruz.

The National Electoral Institute decried the violence, but according to CNN declared that it does not have sufficient evidence to prove that the violence is linked to the elections. It’s a coincidence that candidates are being assassinated at a rate of several a day, just weeks before the elections?

Kofi Annan, former secretary general of the United Nations, stated without control, criminal violence is a serious threat to the democratic institutions, and undoubtedly, to democracy itself. On May 10th the Inter-American Commission on Human Rights declared it observes a situation of special risk to political actors in the country, including PRI candidates and candidates of different movements and political affiliations, and demanded that the authorities carry out investigations and respect due process.

The situation is critical. Citizen groups are pressuring the electoral authorities to take a more active role in denouncing and investigating the violence before a cloud of fear settles over the nation on election day, which could threaten lives, keep people home on voting day, and restrict their choices. Low turnout favors the institutional party, which can fall back on its core voter base, forged in large part on vote buying and voter coercion, which is also rampant at this stage of the elections.

Meanwhile, the center-left candidate Andres Manuel Lopez Obrador is maintaining his lead, and the assumption that he will take the presidency is growing even among reluctant actors, such as the financial sector. The hard core that rejects this outcome is becoming more aggressive in its tactics and actions. But with every affront, the citizenry invents new ways to call out the dirty tricks on social media, organize for poll watching, and create endless memes and parodies to relieve the tension that surrounds these elections.