Guaidó Calls for US Military Cooperation, but few Venezuelans Support the Move

Parallel president and opposition leader Juan Guaidó says he would like to coordinate with the U.S. military, but following his failed April 30 coup attempt, few Venezuelans show interest. Mike Fox reports from Caracas

Parallel president and opposition leader Juan Guaidó says he would like to coordinate with the U.S. military, but following his failed April 30 coup attempt, few Venezuelans show interest. Mike Fox reports from Caracas 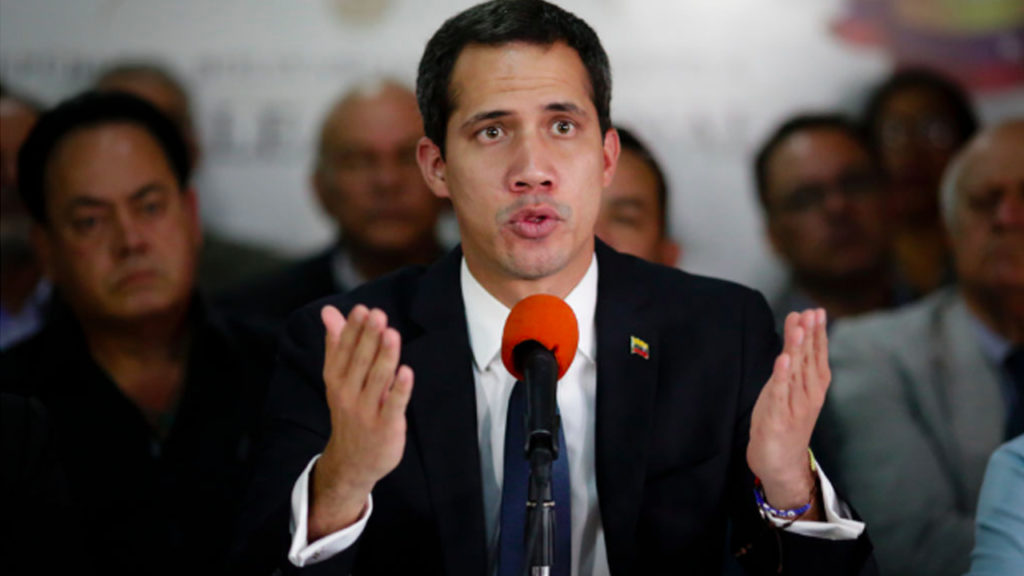 NARRATOR: Washington’s man in Venezuela, self-declared president Juan Guaido, is looking to increase ties to the U.S. military in yet another attempt to force president Nicolas Maduro from power.
Over the weekend, he ordered his representative in Washington, Carlos Vecchio, to reach out to U.S. Southern Command. Guaido said he wants to open “direct communications” toward possible military “coordination” with the U.S. He told supporters at a rally in Caracas that they had reached a “point of no return.”
International press would have you believe that Maduro’s government is crumbling and Guaido is the hope of the country, alongside Venezuelans who are clamoring for the arrival of U.S. soldiers.
It could not be further from the truth.
Guaido spent a great deal of his political capital on the failed military uprising of April 30, in which he showed that he was only the latest in a long line of opposition leaders set not on democracy, but on violence to overthrow the country.
The following day, hundreds of thousands marched for President Maduro in one of the strongest mobilizations of his presidency.
CARMEN MEJIA, HAIRDRESSER: Us Venezuelans have only one president, and that is Nicolas Maduro. There is no one else, and we need to support him with our lives.
NARRATOR: Ironically, Maduro’s support has been consolidated by the U.S. government and Guaido’s failed attempts at overthrowing him in recent months.
During the demonstration, thousands marched from the country’s nearly 2 million member-strong grassroots Bolivarian militias, which say they are ready to defend Venezuela at any cost.
Across town, some middle-upper class Guaido supporters said they would like to see the arrival of the U.S. military.
ANDRI TRIAS, MECHANICAL ENGINEER: I want them to invade us. It’s that simple. I would rather us be a colony of the United States than continue to live in this precarious existence.
NARRATOR: But Andri’s position is not representative of the majority of Venezuelans, despite the fact that voices like hers have been omnipresent in international reporting.
What has been intentionally ignored, however, are the people who live here — residents of Venezuela’s working class and poor barrios, many of whom, despite hard times and criticisms, still largely support the Bolivarian project and the Maduro government, and are staunchly opposed to any U.S. intervention.
DEYSI PENA, RESIDENT ANTIMANO: The U.S. that is insisting on trying to push for a coup in Venezuela. And they are afraid, because they know that here you have the children of Bolivar and Chavez. When the U.S. is ready, we are here waiting for them.
NARRATOR: The people in these communities feel the impact of the U.S. sanctions first hand. Sanctions that have blocked the import of essential medicines and parts to fix machinery, such as the pumps that carry water up to the neighborhood of Altos de Lidice.
BETSY FANQUIZ, RESIDENT ALTOS DE LIDICE: What Guaido is proposing is an intervention, which isn’t good for anyone. It’s not good for anyone on any side, because interventions always end in massacres, carried out in order to get what [the U.S.] wants. They are not going to bring us flowers, they are going to bring bullets.
NARRATOR: The response is the same from one poor Caracas barrio to the next.
MARIA MARRUGO, RESIDENT PETARE: For those of you from the United States, Look at your president. He doesn’t like the poor. He doesn’t like Black people. He has no concern for human life. Trump, enough is enough. We want to continue to live in freedom.