A new study shows that a global temperature increase of more than 1.5 degrees celsius will mean that dry air will increase significantly, which can intensify desertification and crop failures. We speak with Prof. Manoj Joshi, one of the study's authors

A new study shows that a global temperature increase of more than 1.5 degrees celsius will mean that dry air will increase significantly, which can intensify desertification and crop failures. We speak with Prof. Manoj Joshi, one of the study's authors 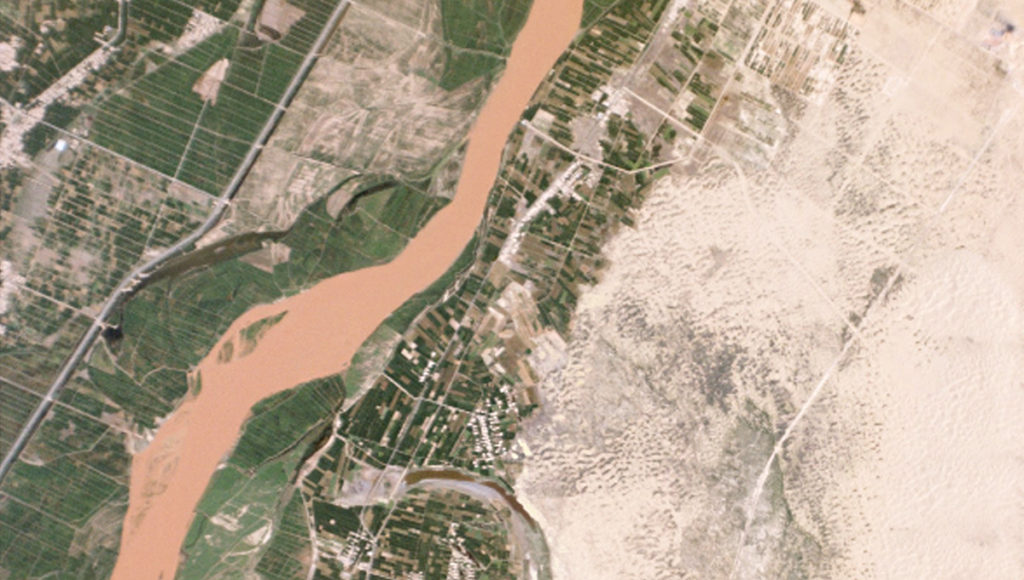 24 to 32 percent of the world will become arid deserts if we fail to curb runaway human-caused climate change, according to a recent study. The study, “Keeping global warming within 1.5 degrees Celsius constrains emergence of aridification,” was published in the peer-reviewed science magazine Nature. Who would be most affected? And is this potentially devastating scenario preventable?

With us to discuss the study is one of its authors. Joining us from Norwich, England is Dr. Manoj Joshi, who is a professor in climate dynamics at the University of East Anglia. Welcome to The Real News, Professor Joshi.

GREGORY WILPERT: The study consisted of projections of 27 global climate models. What were the biggest takeaways from your study?

MANOJ JOSHI: The biggest takeaways, the main thing to point out is that we focused on how certain regions of the world might encounter aridification, or get drier, compared to the year-to-year variability of the 20th century. We didn’t say that these regions would become desert. It’s a very clear thing we have to say. We were saying that these regions would simply get drier compared to the year-to-year variability or variations that they presently get, which could have some significant impacts in terms of, for instance, potential droughts or water supply, forest fires, things like that.

GREGORY WILPERT: A lot of the media said that your study found that 25 percent of the world could become arid deserts, so, I guess, perhaps distorting a bit of what you were saying. But I understand there were also scenarios you modeled that were as high as 32 percent, referring that is to increased aridification. Was that the case, and what accounts for this variability?

MANOJ JOSHI: The reason we get, we say between 10 and 20 percent, these numbers tend to come in the variation of response in climate models. Different climate models warm up by slightly different amounts to a given level of carbon dioxide increase. It’s something called the transient climate response. This uncertainty is part of trying to put together the sort of the climate projection jigsaw, as it were. It’s an uncertainty that policymakers, scientists know all about, and it’s unfortunately one of the things we have to deal with when trying to make projections of the 21st century in terms of climate.

GREGORY WILPERT: What is the difference in terms of aridity between a 1.5 and 2 percent warming scenario?

MANOJ JOSHI: The difference between, well, 1.5 degree and 2 degree warming scenario is that slightly more regions of the world will encounter what we call the significant or substantial aridification compared to present day or late 20th century values. So the more you can restrain global warming, the greater fraction of these areas can be prevented from reaching this new significant aridification.

GREGORY WILPERT: What parts of the world would be most affected? Are we already seeing the effects of climate change in terms of usable agricultural land?

MANOJ JOSHI: The areas we looked at mostly were the Central America and sort of North and South America, the Mediterranean, Southeast China, and Southern Africa. We are starting to see differences in circulation patterns, obviously temperature. But it’s important to note that when we look at individual events or individual drought events, we can’t say, “Was climate change responsible for this individual event?” The question is likelihoods. What climate scientists tend to ask is how likely was such an event without human interference in the climate system, emissions of greenhouse gases? And how likely is it now? How likely may it become in the future? Those are the sorts of questions we are trying to understand.

GREGORY WILPERT: How do we know that this desertification is due to human-caused climate change as opposed to naturally-occurring cycles? I realize this might go beyond the scope of your study, but perhaps you have some ideas about this.

MANOJ JOSHI: Well, what we do is we do a combination of things. We look at climate observations to see if the sorts of things we see are maybe more common or rarer than they were in the past. And a very important part of understanding this puzzle, because correlation doesn’t necessarily imply causation, is to look at climate models, which sort of embody our knowledge of the physics, chemistry, biology of the climate system. And what we can do with these climate models is we can answer “what ifs.” We can simulate the world as it is with emissions of greenhouse gases increasing as they are in the 21st century, but we can also run these climate models without human interference in the climate systems. Say, “Well, what might the climate be like if you only had natural variations?” The differences between these two types of model runs can tell us what the effect of human activity is.

GREGORY WILPERT: I see. A very recent draft UN report warns that we are set to breach Paris Accords’ two-degree Celsius limit by mid-century. And the Climate Action Tracker, a very reputable MIT-affiliated, non-profit think tank, sets the current global warming trajectory at “warming to about 3.16 degrees Celsius above pre-industrial levels by 2100,” and this is based on pledges that have been made so far as part of the Paris Agreement. So would you say we are locked into this warming? Or, with political will, could this trajectory be still reversed?

MANOJ JOSHI: We’re certainly not locked into the sorts of warming you just quoted up to the year 2100. Whilst there is inertia in the climate system, it certainly possible that actions we start to take now will start to limit warming from the mid-century or indeed before. So there are things that can be done by limiting carbon emissions into the atmosphere. We can certainly prevent a scenario of, say, three degrees from happening by the 21st century if action is taken very soon.

GREGORY WILPERT: When we report on potentially catastrophic climate change, there’s always the concern that an audience will think that things are hopeless, and you’ve just countered that. But would you say that we are at a crossroads and that we have a choice to make, a responsibility to put our political representatives to act now before it is too late?

MANOJ JOSHI: I think the more that carbon emissions are reduced, the lower the temperature trajectory. As a climate scientist, we make projections that people then look at to then judge how to basically look at policy, how to change policy. What individual people need to do in terms of talking to policy makers and so on is something for individual people. We can present the evidence, and then it’s up to individual people, companies, communities to make their own decisions on that. As for saying people should be doing certain things, I myself am uncomfortable about getting into that. All I can do is present the information, and then people have to make decisions about what to do, etc.

GREGORY WILPERT: Okay. We’ll continue to follow this very closely. I was speaking to Dr. Manoj Joshi, professor of climate dynamics at the University of East Anglia. Thanks again for having joined us today, Professor Joshi.

MANOJ JOSHI: Thanks for having me.

Manoj Joshi is a senior lecturer in climate dynamics in the school of environmental sciences at the University of East Anglia, Norwich, UK. His area is climate science, climate models – and occasionally understanding climates of other planets.

The Case for Carbon Dividends