Germany's parliament adopted the first part of a new legislation packet to restrict the rights of asylum-seekers and refugees in Germany, denying them the right to work, sending them to prison once room in the deportation centers runs out, and even allowing apartment raids in search of “illegal” immigrants

Germany's parliament adopted the first part of a new legislation packet to restrict the rights of asylum-seekers and refugees in Germany, denying them the right to work, sending them to prison once room in the deportation centers runs out, and even allowing apartment raids in search of “illegal” immigrants 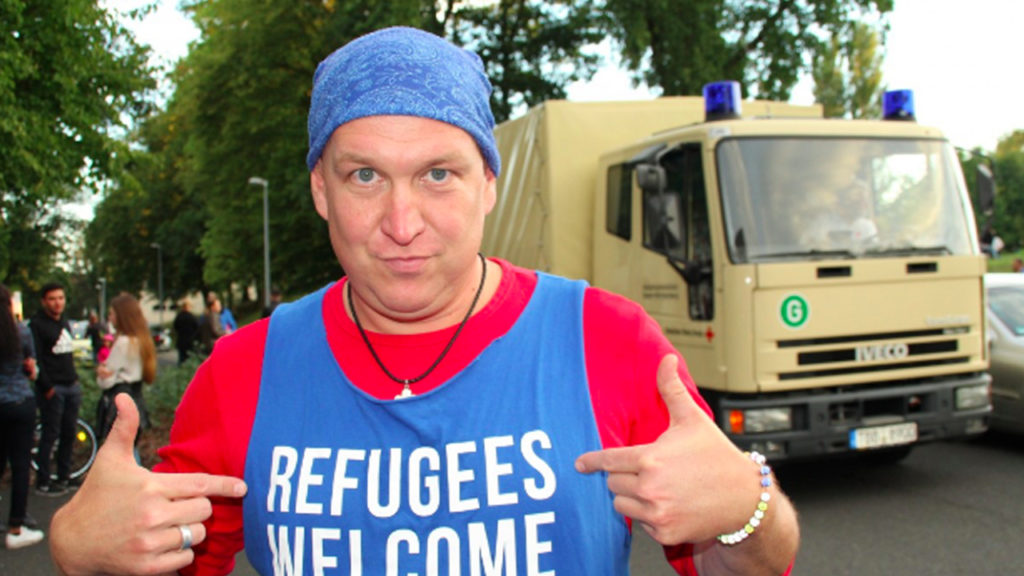 SHIR HEVER: Germany’s parliament passed a new law last week that will dramatically restrict the rights of asylum seekers. It would deny them the right to work, send them to prison once room in the deportation centers runs out, and even break into apartments in search of undocumented immigrants.

With nearly a million refugees who entered Germany since 2015, the country has a reputation in the world and among the refugees themselves as a welcoming place, where people fleeing wars and famine in the Middle East and Africa can find a safe haven.

But the reality in Germany is more complex, with the government denying asylum seekers the right to work. Nearly 100,000 people were deported from Germany since 2015 into what the government calls “safe returnable countries.” This is without counting the tens of thousands who left willingly.

This is not enough for the center-right German ruling coalition, which is now pushing a package of laws on the matter. The German Minister of the Interior Horst Seehofer explained his approach to legislation.

HORST SEEHOFER: I have learned from my experience in the last 15 months that one should make laws complicated. Then an outcry doesn’t happen. We are not doing anything illegal, we are doing something necessary. But also what is necessary is often improperly questioned.

SHIR HEVER: But in the German parliament, the Bundestag, Seehofer spoke more clearly about his intentions.

HORST SEEHOFER: No country in this world can take in refugees without limit. Only by restricting immigration can a successful integration succeed.

SHIR HEVER: The coalition used the tactic of pushing the legislation quickly in order to avoid a debate with experts on the ramifications of the law. The first part of the legislation packet known as the “Return Law” has already passed with a large majority.

Over 400,000 asylum seekers in Germany have already found part-time or full-time jobs and have boosted the German economy, which is suffering from an aging population. However, this new legislation shows that the xenophobic wave washing over Europe did not pass by Germany. Hatred of refugees is not based on economic reasoning.