TRNN caught cops on camera making arrests for a questionable charge, hauling a man off to jail that officials say is already infected with COVID-19.

TRNN caught cops on camera making arrests for a questionable charge, hauling a man off to jail that officials say is already infected with COVID-19. 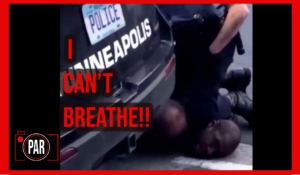 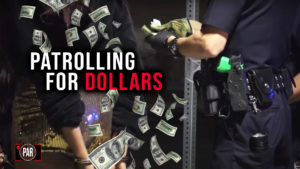 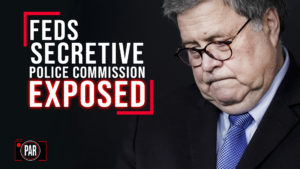 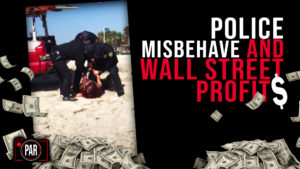 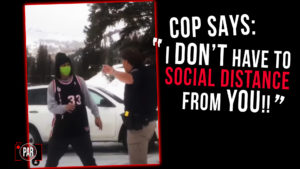 Taya Graham: Hello. My name is Taya Graham. I’m the host of the Police Accountability Report. I’m here with my reporting partner Stephen Janis with breaking news. Police officers are still making minor arrests despite the risk to public safety that this poses. Six police officers arrested one man for running a red light to avoid the police officers that were harassing an Amazon employee. Steven, can you give us some of the details on what happened?

Stephen Janis: Yeah. Our photographer, Cameron, Granadino caught this on video. What happened was that a Amazon delivery person was double parked in Charles village, in Baltimore city. She was delivering a package. Police decided for some reason to engage her. Multiple police pulled up behind her and started to talk to her, what the crowd was saying, harassed her and then another man, ran a red light and police pulled him over and let’s listen to… Cameron got someone interviewed to describe the story. Let’s listen to what they had to say.

Speaker 3: Before that man was pulled over, there was another incident going on where a black woman was delivering packages on this block. And so she was in the right hand lane with her hazards on, to drop off the packages, and a cop for some reason must’ve come up behind her to harass her. And that’s when I came down because I was in my apartment and I saw cop lights and so I came out just to make sure everything was okay. And that cop, real worked up about the whole situation, when the woman was just like, “I’m literally just doing my job. Can you let me do my job?” And then she brought in another four cop cars.

So there were four cop cars around this one non-incident. And that’s when the man who was just arrested,… he had supposedly run a red light up a block, or on… Right around the corner. And so he then was on this block where there were four cop cars and another car pulled over, so he couldn’t pull over. And so the cop was claiming that he was evading the order of the police by not pulling over, but he literally couldn’t pull over until the end of the block.

So that’s when that white officer… and started yelling things like, “Put your hands out the window. Get out of the car.” And when I saw him get out of his vehicle, he did have his hand on his holster and the poor guy in the car was just like, “Man, calm down. Calm down. What did I do? I just ran a red light. Just give me my ticket and let me go.” He gave the guy a ticket. The guy was ready to go. The guy was just, he asked him like, “Why did you want to be a cop? Why are you doing this?” And that’s when the cop decided to pull him out of his vehicle again.

Speaker 4: Did I ever deny a test?

Speaker 4: I never denied no test. I’ll take a test right now. I asked him why his hand was shaking.

Speaker 7: Okay. On the sidewalk.

Cameron: With the news.

Speaker 7: Okay. You can do that from the sidewalk.

Speaker 5: We are not finished.

Cameron: This is public property.

Taya Graham: So Stephen, what are we seeing on camera right now?

Stephen Janis: Well, what you’re seeing here, we’re showing you and that we’re going to show you without me talking about it, is actually the culmination of the arrest where the man is pleading with them not to throw him in jail. Because as we know, jail is about as dangerous as it gets right now. So he was pleading with him at the same time and even though he was, the cops refused to listen to him and they were accusing him of being drunk. And so it was a really significant and I think scary situation.

Speaker 5: He did not fail a test. Don’t tow his car, he doesn’t need that. You don’t have to-

Speaker 5: Give him a test.

Speaker 8: Come on. He hasn’t done anything.

Speaker 5: Think of the potential harm.

Speaker 5: Think of the potential harm.

Speaker 5: This is so absurd. No one-

Speaker 5: Give him a breathalyzer.

Speaker 8: Come on folks, be reasonable.

Speaker 5: Everyone is watching.

Taya Graham: Now, didn’t the person offer to take a breathalyzer test? One of the people that was interviewed was saying that this man was about to be given a breathalyzer test, but the officer’s hand was shaking and he stopped delivering it. What do you think was the breakdown of communication here? Why were there six cops to put one man in a paddy wagon?

Stephen Janis: Well, we have asked the mayor’s office for comment. We sent them a clip of this video because we want to know. We want to answer the question you have, is what was the idea about this? And nevertheless, we hadn’t heard from them yet, but it does raise great questions because it just really seems to make no sense with the panic of the coronavirus, and also the fact that prisons in… Maryland’s prison system just had 17 people test positive, including corrections officers, that putting him in jail is risking his life and it doesn’t make any sense.

Taya Graham: So Steven, we’re seeing this man being put in the back of a paddy wagon. We have no idea how clean or sterile the wagon is. The man is getting his car towed away, which is going to cost him money. Getting out of jail is going to cost him money. Why are police officers still continuing to arrest people, when I think obvious that this is a risk to public safety and to the safety of the people who work and live behind bars?

Stephen Janis: The only thing I can think of is what we’ve talked about thematically in the show before, which is the business of policing. Part of the business of policing is capturing people, putting them in jail, having bodies in jail, having arrests, stats for your record and continuing the ongoing machinery of American policing. But what we can see starkly here in this example, is how destructive it is. Because you have a life and death situation where you’re taking this young person in to jail where they could contract the coronavirus, probably much easier to contract it, much easier, for no reason, for no public safety reason. So I think in this case, we have an example of how perverse American policing has become.

Taya Graham: It is obvious that policing for minor arrests during a time of a pandemic is not useful to public safety. As a matter of fact, there’s 900,000 hospital beds in America, but over two million prison beds, which begs the question, which beds are we trying to fill? Because minor arrests will end up filling both. My name is Taya Graham. This is Stephen Janis. We’re reporters for the Police Accountability Report. Please be safe out there.