Ex-Obama Official: We Fueled the Syria War Rather Than Stopping It

Syrian President Bashar al-Assad bears criminal responsibility for the Syrian crisis, says Robert Malley, a former top White House official and now the CEO of the International Crisis Group. But once the US became part of the proxy war against Assad, Malley argues, "we were part of what fueled the conflict rather than stopped it." [This is the third part of an extended interview on US policy in Iran, Yemen, Saudi Arabia, and Syria with Robert Malley, a senior Obama administration official on Middle East affairs].

Syrian President Bashar al-Assad bears criminal responsibility for the Syrian crisis, says Robert Malley, a former top White House official and now the CEO of the International Crisis Group. But once the US became part of the proxy war against Assad, Malley argues, "we were part of what fueled the conflict rather than stopped it." [This is the third part of an extended interview on US policy in Iran, Yemen, Saudi Arabia, and Syria with Robert Malley, a senior Obama administration official on Middle East affairs]. 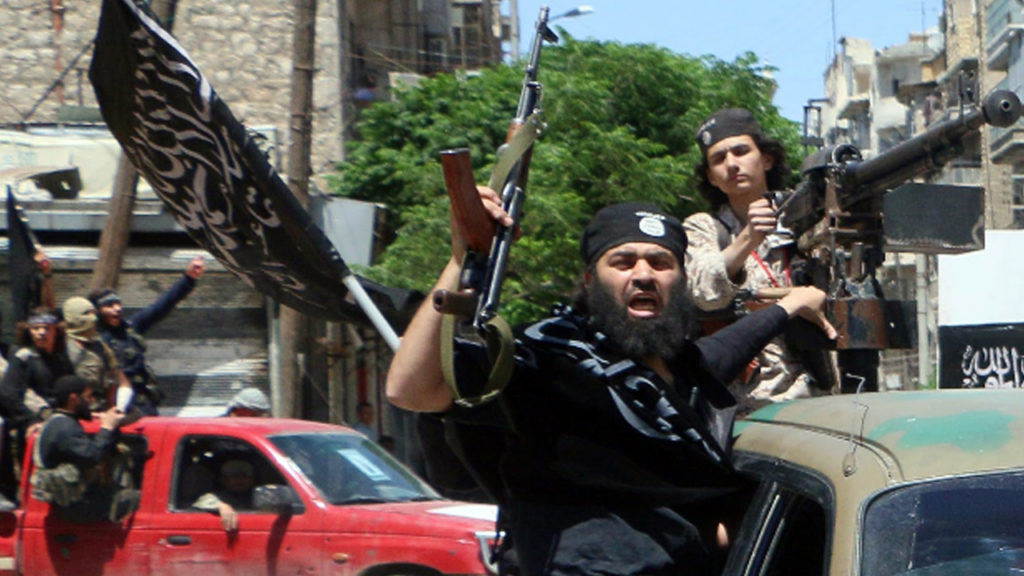 AARON MATE: It’s The Real News. I’m Aaron Mate. We are continuing with Robert Malley. He is president and CEO of the International Crisis Group. He served in the Obama Administration as Special Assistant to President Obama, and as the White House coordinator on the Middle East, North Africa, and Gulf region.

So you mentioned earlier that- Syria being different than Yemen because the U.S. was not actively involved, and the responsibility for the violence falls on our foes. Well, I want to present-.

ROBERT MALLEY: I’m sorry, I just- what I said was the ones who are directly prosecuting the war were our allies in one case, and were enemies in the other. Which does, again-. Let’s talk about Syria. But I mean, in Yemen, these were allies who were doing things that we disagreed with. So we should have a much better, a better claim and much more purchase on them than we did on the Syrian regime, or on Iran, or Hezbollah, or Russia. That doesn’t answer your other question, but go ahead, because I think I know where you’re going.

AARON MATE: Well, my contention is that it wasn’t just our foes who were prosecuting the war in Syria. It was us as well, via our support for the so-called ‘moderate rebels’; the weapons we provided, a lot of that ended up in the hands of jihadists. And it was our Gulf allies pouring hundreds of millions of dollars into arming them and fueling a terrible proxy war in which atrocities are committed on all sides. And so on this front, I want to play you a clip of Joe Biden speaking in 2014, where he seemed to acknowledge this.

JOE BIDEN: Our biggest problem is our allies; our allies in the region were our largest problem in Syria. The Turks were great friends, and I have a great relationship with Erdogan, which I’ve just spent a lot of time with, the Saudis, the Emiratis, et cetera. What were they doing? They were so determined to take down Assad and essentially have a proxy Sunni-Shia war, what did they do? They poured hundreds of millions of dollars and tens, thousands of tons of weapons into anyone who would fight against Assad. Except that the people who were being, who were being supplied were al Nusra and al Qaeda, and the extremist elements of jihadi is coming from other parts of the world.

AARON MATE: So that is Joe Biden speaking in 2014. So Rob, I think you know where I’m going with that. I mean, what about the role of our allies and ourselves in fueling that terrible war? And why didn’t we simply just stop our own actions and use the leverage we had with our allies there to bring a resolution to this conflict much earlier? Something that I know you personally advocated in your time in government.

ROBERT MALLEY: So let me say two things about first. And again, I’m agreeing with a lot of what you’re saying. But I do think there’s another side. We have to be careful not to try to jump from one extreme- I’m not saying it’s an extreme- but from one side to the other without acknowledging one thing. The main responsibility for the horror that has befallen Syria lies with the regime. I mean, and, and as you said, I’ve been- I was an advocate inside and outside the administration of a different policy, and which has echoes of what you just said, but not because I think that Bashar al-Assad did nothing wrong, and it’s all the fault-. And I’m not saying you said that. But it’s not all the fault of the countries that then intervene on behalf of the opposition. I think-.

AARON MATE: Certainly not saying that.

ROBERT MALLEY: I know, I know you’re not. But the regime early on chose an extraordinarily repressive way of dealing with this. I think our mistake was throwing our lot-. I think we needed to just try to do something to put pressure on the Assad regime not to use chemical weapons, not to use barrel bombs, not to do the, some of the things that we were just talking about in Yemen, only they did it even more, to go after hospitals and schools and kids. We needed to find ways to pressure that.

Once we threw in our lot and we became part of the regime change- by definition, even if we denied it- once we’re supplying the armed opposition which had only one goal, which was to topple- had one goal, which was to topple the regime. And once we were in bed with the Saudis, the Qataris, the Turks who also had that goal. And their goal was not just- their goal was not, and I don’t want to, I don’t want to simplify too much, but their role was not only to protect the Syrian people. In fact, as you said, a lot of their actions exacerbated the situation and led to more deaths. Their goal was to break the regime in order to break Iran’s role in the, in Syria.

Once we became part of that, then you’re right. Then we were part of what fueled the conflict rather than stopped it. And I think this is a longer discussion we should have. But I think the real challenge, looking back at the Obama administration’s policy in Syria, was was there a way to cabin off the humanitarian imperative of trying to stop the worst, the most egregious forms of warfare that were being used by the regime without becoming part of the regime change, anti-Iran, let’s change issues orientation? Because once that became the goal, number one, the humanitarian considerations were no longer number one. And number two, we were making it all the more likely that Iran and Hezbollah and Russia would pour in even more support to the regime, because they didn’t want to lose it. So it just- we were giving enough support for the opposition to keep the war going and to, and to aggravate it, but not enough to end it. And I’m not arguing that we should have given more.

But I was not in favor of the support the opposition crowd for a lot of those reasons. But again, I’m just saying that in terms of historic responsibility, when the objective history will be written, if such a thing exists, the primary fault will, will lie with the regime that decided to respond in the way it did. Then others obviously became contributing factors and saw in this an opportunity- again I say this, the opportunity not to save the Syrian people, but to topple the regime and to weaken Iran. Those should not have been our objectives.

AARON MATE: Fair enough. My only point is the regime is responsible for its brutal internal repression and atrocities. But it’s not- it’s not solely responsible for the choice of others to launch a proxy war. And that is something that the U.S.-

ROBERT MALLEY: I agree with you on that. I fully agree.

AARON MATE: OK. Well, Rob, we’d love to have you back, and we’ve kept you away over time. So next time, I promise-.

AARON MATE: It was, and we really appreciate it. Rob Malley, president and CEO of International Crisis Group; served in the Obama administration as Special Assistant to President Obama and White House coordinator on the Middle East and North Africa and the Gulf region. Rob, thank you so much.

ROBERT MALLEY: My pleasure. Thank you.

AARON MATE: Thank you. And thank you for joining us on The Real News.