Europeans Bowing to Trump on Iran Sanctions, Despite Their Opposition

Trita Parsi, founder of the National Iranian American Council, says that military confrontation between the US and Iran becomes more likely, especially since Europeans who oppose US sanctions are not really pushing back against Trump

Trita Parsi, founder of the National Iranian American Council, says that military confrontation between the US and Iran becomes more likely, especially since Europeans who oppose US sanctions are not really pushing back against Trump 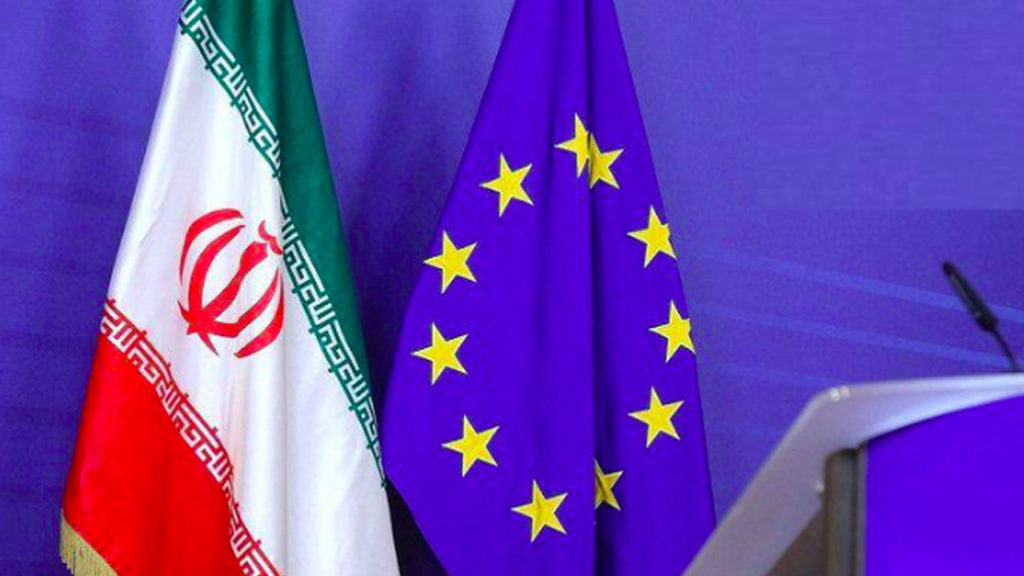 GREG WILPERT It’s The Real News Network and I’m Greg Wilpert in Baltimore. A trilateral meeting took place in Jerusalem between the US, Russia and Israel, and it concluded on Thursday. The meeting’s aim was to persuade Russia to pressure Iran to remove its military bases from Syria. Russia however refused to do so, and defended Iran’s role in Syria and the region. Here’s what National Security Adviser John Bolton had to say after the meeting.

NATIONAL SECURITY ADVISOR JOHN BOLTON All of this means that the threat of a nuclear Iran is very real— as are the threats of Iran’s support for terrorism, its ballistic missile program, and its other malign activities in the Middle East. So from that perspective, we talk to the Russians each time we meet about Iran as an issue, and we’re going to continue to do it as long as the Iranian threat remains.

GREG WILPERT This is after US President Donald Trump announced further sanctions on Iran earlier this week. Just before that, Trump had called off a military strike against Iran that was intended in retaliation to Iran shooting down a US drone over the Strait of Hormuz. Meanwhile, Iran is meeting with the remaining signatories of its nuclear agreement formally known as the Joint Comprehensive Plan of Action, or JCPOA, whose members are China, Russia, France, Germany, and the European Union. The purpose of that meeting is to hammer out a plan for a barter trade system that would circumvent US economic sanctions against Iran. The hope is that Iran will therefore refrain from breaking its side of the nuclear agreement once the barter system, known as Instex, is in place. Iran had already announced last week that it will begin to violate the terms of the agreement in reaction to us having pulled out of the JCPOA and reimposing sanctions. Joining me now to discuss these latest developments with Iran is Trita Parsi. Trita is founder and former President of the National Iranian American Council and author of the book, Losing an Enemy: Obama, Iran, and the Triumph of Diplomacy. Thanks for joining us again, Trita.

GREG WILPERT So what is the status of the JCPOA now? The European Union and Russia are trying to keep the agreement in place, as I mentioned, even without the US and with this new barter system called Instex, but if the US sanctions European companies for trading with Iran, this might not help very much. Can the JCPOA be maintained under these circumstances?

TRITA PARSI The JCPOA has been on life support ever since Donald Trump came into office. And I think the assessment that the Europeans are trying to save the deal is in some ways accurate, but it is also very charitable because at the end of the day, the Europeans have been much more careful about abiding by Donald Trump’s illegal sanctions that they oppose, than they have been when it comes to living up to their commitments under the nuclear deal. Even the conversations about Instex right now is only about facilitating payments, or trade that Trump has not yet sanctioned. It is not about actually facilitating trade or the type of transactions and the type of trade that the Europeans are permitted to do according to the UN Security Council resolution, and according to the JCPOA. So there’s a degree of skepticism, I think, about whether the Europeans really are willing to do something that concretely would save the deal, rather than some of these symbolic measures and some of these political signals. Political signals have been sent for two years. At this point, the Iranians clearly are not looking for any more political signals. They’re looking for concrete measures that ensures that the Western obligations under the deal are upheld. So for instance, the Chinese are buying Iranian oil and they’re defying Trump’s illegal sanctions. The Europeans, however, are abiding by those sanctions.

GREG WILPERT So. Now, given the situation of the JCPOA and if pressure from the US increases, do you think that an actual military confrontation is imminent? And also, do you think that the Iranian government believes that war is imminent, and is preparing for it by training and arming allied groups in the Middle East— the very activity which is frequently cited by Bolton as a reason to go to war against Iran?

TRITA PARSI I think the Iranians know very well that Trump’s pressure-policy has put the United States on the verge of war. Last week, apparently, the United States was only 10 minutes away from starting that war. It seems to me that the Iranians are ready for it, and they have concluded that capitulating to Trump’s demands are actually a worse strategy than what they have done so far, which is that they have shown themselves to be ready to go to war in the hope that that may actually deter Trump from doing something that every analyst in Washington who has followed this for enough time knows would be an extremely, extremely foolish and unhelpful war in the region that would cost the United States a tremendous amount. And, of course, would cost Iranians far, far more than that.

GREG WILPERT Now, the US Senate is discussing an urgent measure to block President Trump from launching any military strikes against Iran without explicit congressional approval. Trump has, though, piled threats against Iran in the last few days and Senator Tim Kaine said that war with Iran would be a “colossal mistake.” Do you think that this might be, kind of, a similar lead up to war that preceded the invasion of Iraq in 2003?

TRITA PARSI On the one hand, yes, you have congressional opposition in the manner that we see now with what Senator Kaine and others are doing, and they’re trying to reinforce the role of the Constitution in this— only the Congress can declare war, not the president. And any notion that military strikes are not an act of war is preposterous, of course. But it is worse in other ways because the Trump administration seems to really enjoy violating rules and working outside of all kinds of norms and practices. The Bush administration clearly lied to the American people, but they nevertheless went to the UN and realized that they needed to operate within those channels and those frameworks in order to be able to reach their goal of having a war with Iraq. In this case, Trump seems to completely ignore public opinion, completely ignore the Constitution, completely ignore all of these different things. And the efforts by Congress to reinforce the Constitution so far, have been less than fully successful.

GREG WILPERT Well I think that’s a very good point, but we’re going to have to leave it there for now. I was speaking to Trita Parsi, former President of the National Iranian American Council. Thanks again, Trita, for having joined us today.