The bills, lobbied for by oil and gas trade groups, have common parents: the right-wing American Legislative Exchange Council (ALEC) and Council of State Governments (CSG)

The bills, lobbied for by oil and gas trade groups, have common parents: the right-wing American Legislative Exchange Council (ALEC) and Council of State Governments (CSG) 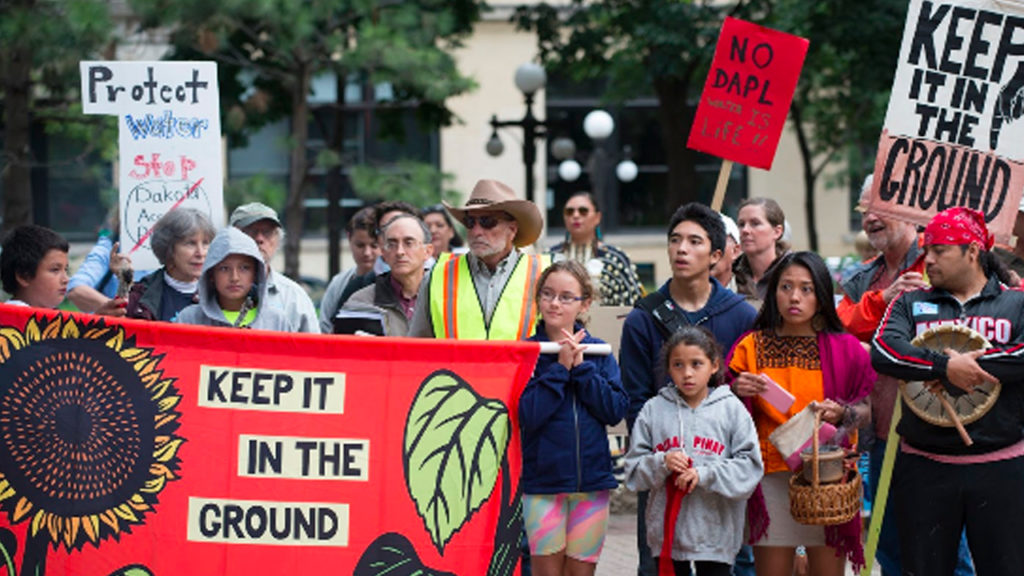 Eight different statehouses have seen bills move across the desks of their legislators which, if signed into law, would dole out heavy criminal penalties to protesters who participate in direct actions on private property owned by the oil and gas industry. The Real News published an investigation on these bills and their common origins: the American Legislative Exchange Council and Council of State Governments.

Eight states are considering bills that would hypercriminalize protests on property owned by the fossil fuel industry.

The Real News traced these bills to two industry-funded organizations: the American Legislative Exchange Council and the Council of State Governments.

The bills were modeled after legislation proposed in Oklahoma in reaction to 2016’s mass protests at the Standing Rock reservation over Energy Transfer Partners’ Dakota Access Pipeline in North Dakota—protests that threatened to spread into Oklahoma.

Under the Oklahoma legislation, participants could face up to 10 years in prison and fines of up to $100,000 for holding demonstrations on critical infrastructure sites.

The company whose oil flows through the Dakota Access Pipeline, Continental Resources, has its headquarters in Oklahoma City.

Its CEO, Harold Hamm, is a major donor to President Trump and served as his energy advisor during the 2016 election.

Co-conspirators, too, can see fines of up to $1 million.

Industry-funded trade associations like the American Petroleum Institute, American Fuel and Petrochemical Manufacturers and the American Chemistry Council have lobbied and advocated for all eight state bills in statehouses.

And it’s not just Republicans backing them. In Illinois and Indiana, the bills have bipartisan support. In Wyoming, the legislation received Republican pushback, effectively killing the bill.

Civil liberties advocates have decried the bills as an attack on the First Amendment.

Environmental advocates call the bills wrongheaded in the age of the climate crisis, when scientists say we must phase out of fossil fuels to avoid irreversible damage.

Can Baltimore Take on Big Oil?