Days after rejecting the proposal to sanction debate focused on the climate crisis, the DNC voted 222-137 against allowing candidates to participate in even a non-sanctioned one

Days after rejecting the proposal to sanction debate focused on the climate crisis, the DNC voted 222-137 against allowing candidates to participate in even a non-sanctioned one 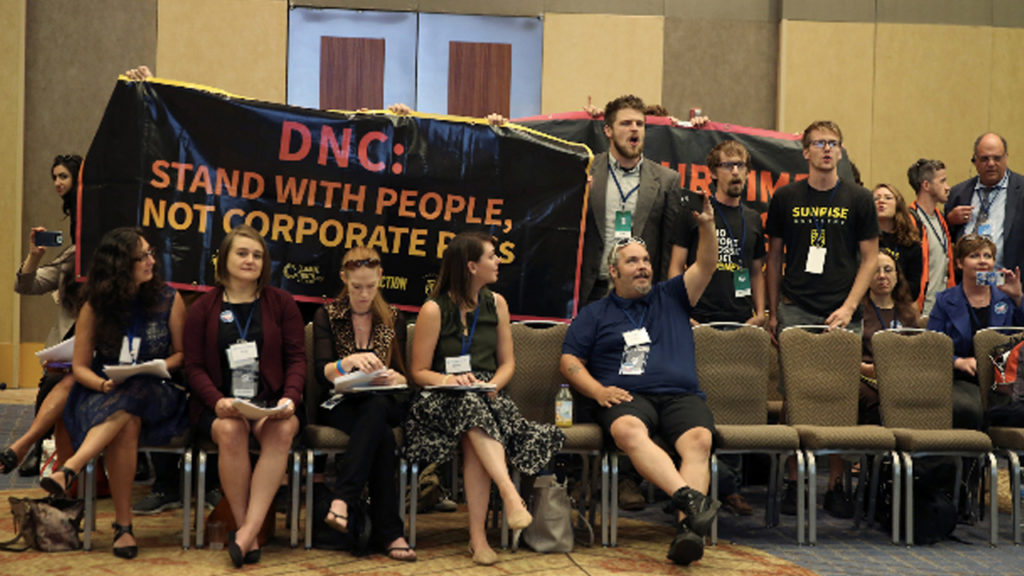 At a meeting in San Francisco this past Saturday, the Democratic National Committee voted against a resolution that would have allowed presidential candidates to participate in a debate focused on the climate crisis. A few days before that, the DNC had a preliminary meeting where they voted that they wouldn’t sanction a climate specific debate, and that outraged the climate debate advocates in the room, obviously.

I spoke with one of them after that vote. Her name is Carmen Volkwyn. She’s a young California-based organizer with the Sunrise Movement, and you can check that out on TRNN.com now.

Anyway, at that meeting on Thursday, they had at least reversed the ban on candidates participating in non-sanctioned single-issue debates. Just a reminder that the proposal for a climate debate was extremely popular. Every major Democratic candidate voted for it. Climate was the top issue that voters wanted to hear about in the first two DNC-sanctioned debates, the ones that only featured 15 minutes on the climate crisis. And despite that, the DNC just killed this very popular demand.

A coalition of groups who’ve been pushing the DNC to sanction a climate debate for months issued a statement. They wrote, “Our entire future is at stake, but Tom Perez just swept aside the climate crisis for someone else to solve. That isn’t leadership. That isn’t normal order.” We’ll keep following this movement. For more climate coverage, please continue watching at therealnews.com. Thanks so much for being with us.