Dem. Rep. of Congo Postpones Election While US Props up President Kabila

After 58 years of repression, the battle for democracy picks up in the DRC, while PResident Joseph Kabila continues to enjoy unquestioned support from the US and has an Israeli security company working for him. We speak to Maurice Carney

After 58 years of repression, the battle for democracy picks up in the DRC, while PResident Joseph Kabila continues to enjoy unquestioned support from the US and has an Israeli security company working for him. We speak to Maurice Carney 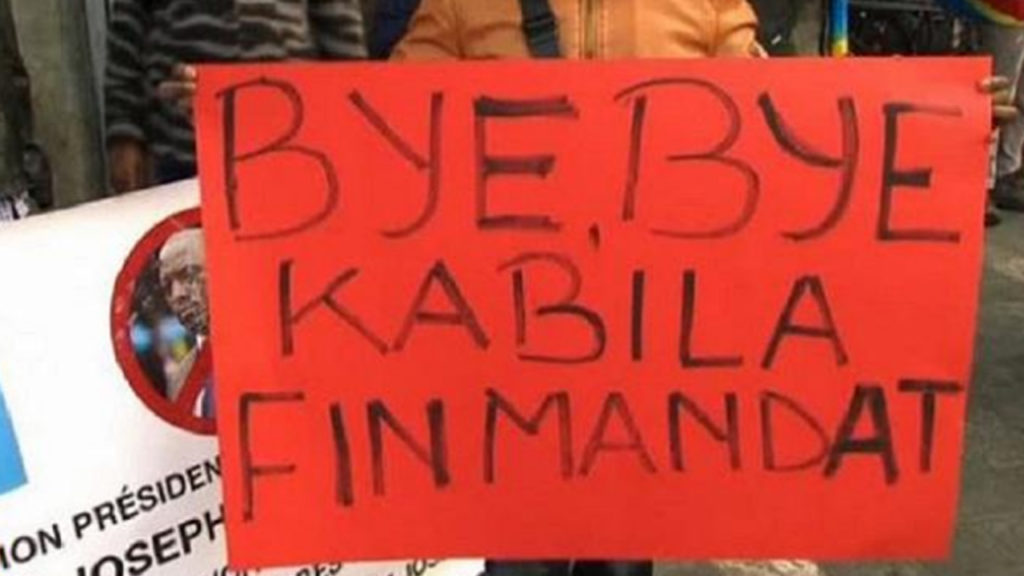 MARC STEINER: Welcome to The Real News Network. I’m Marc Steiner. Great to have you with us.

This Sunday, December 23 was to be the first election held in the Democratic Republic of the Congo. The DRC, as it’s known since 1960, when Patrice Lumumba was elected president of that country. Lumumba was very popular, was murdered in collusion with the United States and former colonial powers. This election, that was supposed to be held in 2016, was canceled because the president, Joseph Kabila, wanted to hold onto power and wasn’t prepared for this election. It’s now scheduled for December the 30th, if it’s held at all. And with his handpicked successor Emmanuel Ramazani Shadary, who is the former interior minister, which means he controlled the police and more, a Kabila loyalist, many people think will become the next president. We will see.

The Kabila regime, as those of his father and those before, have ruled as dictators in their country, torturing and killing opposition figures, and working with international corporations to continue to rape the country of its resources as they’ve been doing since the Belgians seized the Congo in the 19th century.

Joining us to talk about the state of affairs in the DRC this upcoming election and all of its complexity is Maurice Carney, who is executive director of Friends of the Congo, an organization that raises global consciousness about the situation in the Congo, and provides support to local institutions in that country. And Maurice, welcome. Good to have you with us here on The Real News.

MAURICE CARNEY: Thank you. It’s a pleasure to be with you.

MARC STEINER: So let’s talk about this election coming up. This election was originally supposed to happen in 2016. Joseph Kabila, who took over from his father when his father died, was killed, and then he became president, said he wasn’t going to continue in power but did, and was willing to give it up to an extent. So what exactly is the history between 2016 and now? And why is this election being canceled, and what does that mean?

MAURICE CARNEY: Sure. Joseph Kabila, as you stated, took over from his father in 2001. He was elected in 2006 for a five-year term, and then elected again in 2011 for a second five-year term. According to Congo’s constitution, a president is only allowed to run or serve two five-year terms. And those two five-year terms for Joseph Kabila expired in 2016. Now, he was supposed to organize elections. However, he wanted to hold onto power. Since 2014 he had tried a number of measures in order to extend his staying power. He tried to push through a constitutional amendment in the Congolese parliament, but that failed. In 2015 he tried to push through an electoral law that would ultimately–an electoral law that would require a census to be organized before elections are held. That failed. The youth rose up and resisted that effort. And as a result of the youth rising up in January 2015–they call it the Telema uprisings–they had to, Kabila had to pull back his efforts.

But that didn’t stop him. He continued to try different maneuvers to delay in order to hold onto power, and he was able to delay for two years. However, due to the increased pressure on the part of the Congolese people, in August of this year he had to concede and name a successor, which he did: Emmanuel Ramazani Shadary. And elections are scheduled for December 23, not so much because Kabila wanted to schedule them or wanted to give up power, but because he came under a tremendous amount of pressure, first and foremost from the Congolese people, then regional players such as Angola and South Africa, and then to some extent the international community, as well. It’s sanctioned a number of the individuals in the Kabila regime.

MARC STEINER: So there are couple of questions I really want to get to here with this. Let’s talk a minute about the relationship that Kabila and his regime have with the United States, and the right-wing organizations in the US that are pushing some things here that could affect this election, and also affect Trump’s policies towards him with the DRC.

MAURICE CARNEY: Sure, sure. First and foremost, Kabila couldn’t have gotten into power and stayed in power without the backing of the United States. So without a doubt, he’s an ally of the United States, irrespective of the US government, from Bush, to Obama, now Trump. So that’s first. And the reason being is that Kabila has given unfettered access to Congo’s minerals to Western multinational corporations. He hasn’t had a problem in providing that access.

And one of the … now that the administration, the Trump administration’s pretty much ready to move on and have somebody else in place in the Congo, Kabila’s launched a diplomatic and public relations offensive. And he’s done so by hiring an Israeli security firm–the firm is called Mer, Mer Security and Communications. Kabila’s hired them for about $8 million or so. And Mer has reached out to people who are close to the Obama administration.

MAURICE CARNEY: I’m sorry, to the Trump administration, not the Obama administration. The Mer Security and Communications firm has engaged lobbying firms in Washington who have reached out to the Trump administration. They’ve engaged figures such as Bob Dole, former congressperson from Louisiana Bob Livingston. There was one party that was held on Capitol Hill by the lobby firms where Rudy Giuliani was present, and he had indicated that he had an interest in supporting the efforts of of Kabila. He qualified it by saying that he would be engaged in security work, not necessarily lobbying on behalf of the Kabila government. But according to Congo’s ambassador to the United States said that Rudy Giuliani has gotten the message that Kabila is trying to seek support from the Trump administration, and that he was going to deliver that message to Donald Trump.

So we’ve seen the Kabila administration put out millions of dollars to engage those on the right, those who are close to Donald Trump, in order to make its case to the United States.

MARC STEINER: So, Maurice, I really want to explore what the conditions are inside the DRC at this moment. I mean, what we’ve seen in the news recently has to do with the new growing Ebola crisis, where aid has not been able to get through. A continued massacre of people. War is going on inside the DRC internally. And we’re looking at this election where they’re saying that there are ballots that were no good, so they have to, they have to put the election after the 30th, and all that controversy around whether people are going to get a chance to vote. So what do you see as the future here? I mean, does–do the two opposition candidates have any chance of actually beating Shadaray in this election? And what are you–where do you see the future of the DRC?

MAURICE CARNEY: Well, looking at the Kabila regime, they control the security forces. Kabila does. Both the police and military. Control the purse strings, control the constitutional court, control the so-called independent electoral commission. What Kabila’s regime lacks is legitimacy. And they’re hoping to secure that legitimacy not from the Congolese people, but from the international community, through these elections. So what is predictable is that they will announce that Shadary is the winner, should elections actually happen.

Now, as far as the climate in the country is concerned, the climate is a repressive one. Probably the best way to describe it is the head of the Catholic Church in the country, his name is Laurent Monsengwo, he says we’re in an open air prison. So we have a situation where there been arbitrary arrests. People have been killed. People have been exiled. The Congolese people are living in abject poverty. The people are living in an insecure environment.

You mentioned the question of Ebola, which we’ve seen the second largest outbreak of Ebola in the world has been ongoing for the past number of months, since the late summer. Even in the area in the east of the Congo, an area called Beni, while the Ebola is unfolding and devastating the population, there’s also a conflict going on.

So there’s tremendous challenges that are unfolding in the country. And they’re occurring in large part because there isn’t a state. There isn’t a competent state to address the challenges of the people. So as you can imagine, the Congolese people have had enough. They’ve had 17 years of this. So they want change, and they’re the ones who are going to make the difference. It was the Congolese people who organized to put pressure on Kabila so elections could be held. So Congolese people are going to have to continue that organizing, that mobilizing, in order to get rid of the Kabila regime. Without the Congolese people standing up, without their mobilizing, we’re going to see pretty much what we’ve seen for the past 17 years. But I am confident that they will stand up, particularly the youth. The youth have been at the forefront in leading the social justice struggle in the country, and they are willing to put their lives on the line because they want a different future. They do not want their future to be mortgaged by this regime.

So we see a lot of hope in the youth, the youth movement that is unfolding in the Congo itself looking to bring about change, not only to get rid of Kabila but actually to create a new society. A society where they control and determine the affairs of the Congo; a society where they’re the primary beneficiaries–the Congolese, that is–of Congo’s wealth.

MARC STEINER: Well, Maurice Carney, this has been a fascinating conversation, and I really do truly, truly hope that the people of the DRC can come back to a light they haven’t had in 58 years, since Patrice Lumumba was assassinated. And I appreciate the work you all are doing on behalf of the DRC. Maurice Carney, thank you so much. Look forward to talking to you again.