De-Regulation, De-Supervision, and De-Criminalization Set the Stage for the 2008 Financial Crisis (Pt. 3/3)

White collar criminologist Bill Black analyzes how the U.S. got into the 2008 financial crisis and what it means that we have not learnt the lessons from that crisis 10 years later, on the anniversary of the Lehman Brothers collapse

White collar criminologist Bill Black analyzes how the U.S. got into the 2008 financial crisis and what it means that we have not learnt the lessons from that crisis 10 years later, on the anniversary of the Lehman Brothers collapse 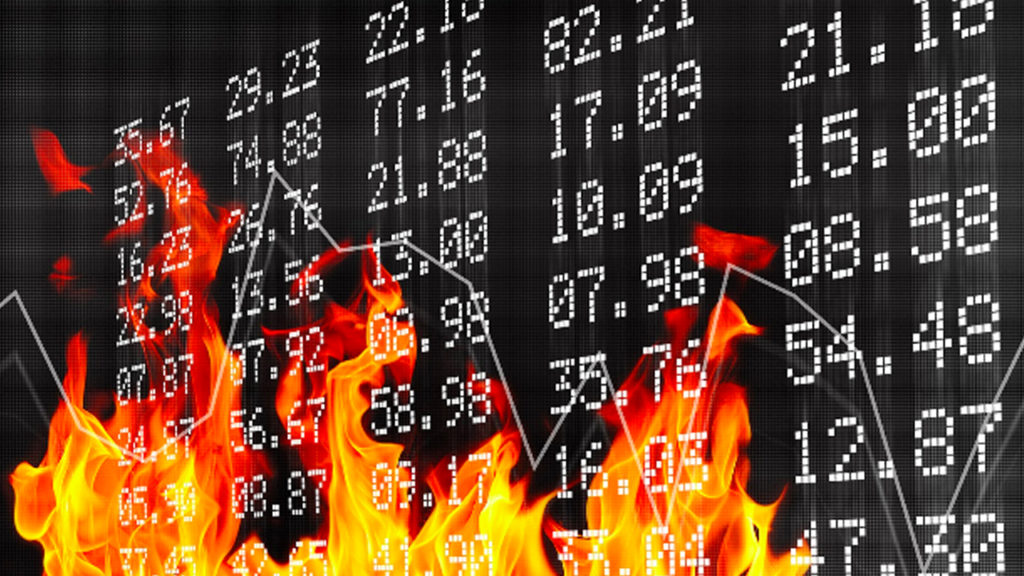 MARC STEINER: I’m Marc Steiner here on The Real News Network, and we’re continuing our conversation with Bill Black. Bill, I want to play this short piece. This is a piece that you’re going to hear a woman speaking about what her life was like 10 years after the fall of Lehman and what happened in 2008. And just listen to what she has to say. Watch what she has to say. And I want to talk about where we are now and where we should be going, and where we were you think we are going.

SPEAKER: Can you imagine, like, every day waking up and all you’re getting is these men saying, well, at the end you got to go for foreclosure. You’re not understanding the legal terminology. You’ve got kids. You have no money. You know, you know, it’s overwhelming. You don’t know what to do. You could have a nervous breakdown. I was emotionally shattered.

MARC STEINER: So there’s a lot more to that. But Bill, I really- you know, the people have still not recovered. Many people are still, you know, working two or three jobs to make it. Mortgages are, home values are coming up slightly in some places, and more in welfare areas. So where are we now 10 years later, and what do we have to be watching for? What are we not talking about.

BILL BLACK: Well, obviously the economy is enormously stronger than in the depths of a great recession in terms of things like unemployment. But a couple of things. First, the estimated loss of GDP over the course of not just the Great Recession, but the very, very long recovery- this is economists- is $41 trillion. Now, a trillion is a thousand billion. So $41,000 billions. Right? That is the kind of assault, as an overall economy, we took. In other words, we cannot afford these kinds of crises. We can avoid them. We need to avoid them. When we don’t put in an effective response, that’s just so unbelievably insane, economically, that words fail.

Second thing. It wasn’t just a general assault. It was concentrated. So the Federal Reserve Bank of St. Louis, which is a super conservative place, its economists have done a study of how people lost. You know, what groups lost. And the answer is the enormous losses, the biggest wealth losses, are actually in college-educated households that are Hispanic and black. College-educated households that are Hispanic suffered a loss of 72 percent of their wealth. 72 percent. Black with college degree households suffered a 60 percent loss. And those losses are greater than Hispanic and black family households that do not have college degrees.

So these are the folks that did everything right, in terms of the middle class myths of America. They studied really hard. They got college degrees. They bought homes. They formed families. They have kids. And they were absolutely wiped out by this fraud, because liar’s loans, the fraud, was overwhelmingly put in them not by the borrower, but by the lender. And that’s according to the attorney general who led most of these investigations in Iowa.

MARC STEINER: I really want to jump in here just for a minute just to talk about this. Because I remember when this, when this was all happening 10 years ago, I even confronted Al Sharpton on the air here, because he was one of those people who went into the basements of churches convincing people to take these loans. Something I’ll never forget. And I’m saying that to say, so- my question, though, is what is it we do to prevent that from happening? What is it we do for the people who find themselves in this position? What is it that government has to do to regulate this industry so that it grows our world and doesn’t destroy it?

BILL BLACK: So the rule that we had on underwriting, which I know nobody has ever heard of, and they want to focus on things like Glass-Steagall and such, I’m telling you, 80 percent of the action was in this rule. This would have prevented liar’s loans. It did prevent it, it’s what we used to prevent all liar’s loans in the savings and loan industry. It’s why Ameriquest fled our jurisdiction. The rule is really simple. It says basically you need to verify that the borrower has enough income to repay the loan, and that the appraised value is adequate to repay the loan, and that the person has a history of repaying loans. Right? And you have to keep a record of that for five years. That’s all it said.

But that meant that you couldn’t make liar’s loans. Right? And liar’s loans are overwhelmingly how these people were put in this desperate position. They didn’t have the income to be able to repay the loan, and the home was, didn’t have remotely the value to make it sensible to make a $60,000 loan. You’re quite right, sadly, there was a pattern of black pastors in this, and also in the black communities in particular it was the repairmen, right. So these repair guys would come around and say, hey, you’re a responsible person. You own your home already. You want to keep it in good shape. You can see that the stairs are deteriorating. Hire us. And then they would run a scam on you in terms of the home repairs, and they would create a huge debt and not do the repairs properly, and such. So these are people who were doubly and triply victims.

And then Gary Cohn turns around and says it’s these people, right? These are the perpetrators of the crisis. And that famous, or infamous, Rick Santelli rant that creates the Tea Party. It’s all about the borrowers are the evil people, as opposed to the bankers. None of that could happen if either Bush or Obama, or both, had prosecuted the elite bank frauds who ran these crises. As I said, that’s what transformed the Savings and Loan debacle, when we finally got those prosecutions and we got the record in the public, and people understood, yes, the frauds are coming from the bankers. And they’re not coming from the little bankers. They’re coming from the C suite, where the CEO and the CFO are. They’re the ones who hatch these fraud schemes and create the perverse incentives in the compensation systems to do that. And then they stand back, and they say, I don’t see my fingerprints anywhere. I just gave you this financial incentive to cheat and made sure that nobody stopped you from cheating. But it’s not me. Or you know, just, oh, by the way, I got $50 million more compensation because of this.

MARC STEINER: Bill Black, it’s always a pleasure to talk with you. I mean, we always learn so much. And I appreciate through diligence and your thinking-.

BILL BLACK: Can I give 30 seconds?

MARC STEINER: You got 30 seconds.

BILL BLACK: If the Democrats get control of the House, they can change how they do investigations. They can do Pecora-style investigations with professional questioning. They don’t want to do that because of the advertising. You know, people see you asking these tough questions and that’s good for your re-election. But they could actually choose to do the right thing for the country, and it would actually help their re-election if they got those things done.

MARC STEINER: Maybe with some of these new Democrats. But what they did in 2008, they controlled the House, they didn’t do it then.

BILL BLACK: They absolutely refused to do that then.

MARC STEINER: Bill Black, always great to talk to you. Thank you so much for joining us once again here on The Real News Network.

MARC STEINER: And I’m Marc Steiner here for The Real News Network. Thank you all for joining us. We’ll be talking together soon.