The bill, which now heads to Trump for his signature, rolls back major provisions of the Dodd-Frank financial regulations of 2010, allowing banks to engage in riskier investment strategies and to hide discriminatory practices, says CEPR's Dean Baker

The bill, which now heads to Trump for his signature, rolls back major provisions of the Dodd-Frank financial regulations of 2010, allowing banks to engage in riskier investment strategies and to hide discriminatory practices, says CEPR's Dean Baker 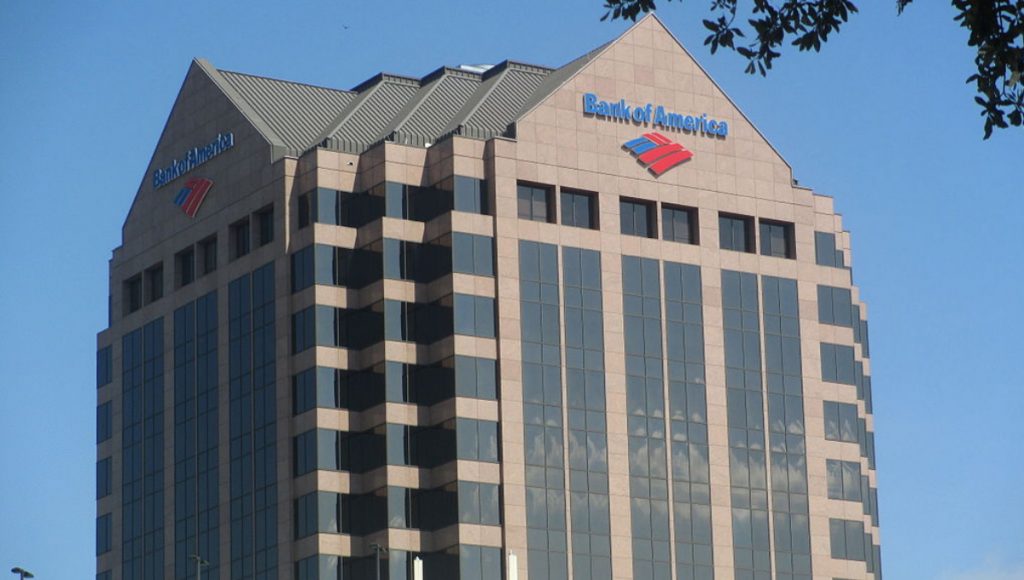 On Tuesday, the U.S. House of Representatives approved a major overhaul of bank regulations. The Economic Growth, Regulatory Relief, and Consumer Protection Act passed with a 258-159 vote, meaning that 33 Democrats voted with all Republican representatives to pass the bill. It rolls back key regulations on financial institutions that were put in place with the Dodd Frank financial regulation bill of 2010, which was passed in order to prevent another financial crisis similar to the one of 2008. Critics of the bill have called it the bank lobbyist bill, because as was largely written by them. However, defenders of the bill argue that it is badly needed in order to support community banks which are being hampered by too much regulation.

Rep. Scott Tipton, a Republican from the 3rd District of Colorado, defended the House decision as follows.

SCOTT TIPTON: For too long there’s been a culture of disregard for our community financial institutions out of Washington D.C. Regulations that were intended to bring discipline to the nation’s largest institutions have instead suffocated Main Street and prevented communities across the country from finding their footing on the path to prosperity.

GREG WILPERT: The same bill already passed the Senate last March, which means it now goes to President Trump, who will in all likelihood sign it into law very soon. Joining me to analyze the bill’s dismantling of financial regulations is Dean Baker. Dean is a senior economist at the Center for Economic and Policy Research in Washington D.C., which he cofounded. He’s also the author of “Rigged: How Globalization and the Rules of the Modern Economy are Structured to Make the Rich Richer.” Welcome back, Dean.

GREG WILPERT: Let’s deal with the bill’s main deregulatory aspect. First of all, the bill raises the cutoff point for bank sizes that are considered to be systemically important. It raises them from $50 billion in assets to $250 billion. That’s a five-fold increase in the bank’s size, that in order for it to be considered systemically important. What will be the practical consequence of this? As we saw in the clip, the main argument for doing this was that it would help community banks. Will it do this? Or what else will it do?

DEAN BAKER: Well, a couple of points in that. First off, the idea of calling a bank with $50 billion in assets a community bank is kind of a joke. I mean, this is a very large bank. It’s not the largest, it’s not a JP Morgan. But these are very large banks, $50-250 billion. So PNC here, and you know, the East Coast. American Express falls into this category. There’s a lot of very large banks or financial institutions that fell into this category. They are not at all community banks. So that’s just silly.

The other part of it, the idea that they were subject to some huge burden. The main part, I mean, there’s a lot of aspects of it. The main part of the law that they changed was that they had to undergo stress tests, I believe was every year. I won’t swear by the period, time period, but I believe it was every year. What that means is they just put their assets on a spreadsheet. So they say how many mortgage loans they have, how many car loans, business loans. And then they’re told, they say, assume, you know, they’re given a number by the Federal Reserve Board. Assume 10 percent of those go bad. And then they’ll have an extreme case, assume 15 percent. I’m taking those numbers out of the air. But they’re given numbers, and then they go, OK, how would our books look if that were the case.

That’s a very simple exercise, or at least it should be for any institution that size. So the idea this is some huge regulatory burden is basically utter nonsense. And then you say, why did the banks fight so hard to get that? Well, presumably because they want more risky, to hold more risky assets that might not look very good if they put them up on the spreadsheet. So yes, we should be worried about that, because there is no good reason for them to be fighting against this sort of regulation. It’s not an onerous burden.

GREG WILPERT: So the website the Intercept ran an interesting story last week in which they pointed out that deregulating banks of this size, in this size range, will actually contribute to mergers and banking consolidation. That is, the threshold for being considered systemically important is being raised, and thereby regulatory burdens are lowered. And this increases, actually, the incentives for banks to buy up smaller ones, as long as they’re still below the new $250 billion limit. Does this seem likely to you? And what, if this does happen, that is, if there is consolidation, what would that mean for the consumer?

GREG WILPERT: And what other, what other regulations would you consider to be important that are being rolled back with this bill?

DEAN BAKER: Well, the other really big one, and this did affect community banks, was disclosure on mortgage issuance. This dates back, I believe, to the ’70s, with the Community Reinvestment Act, where banks had to disclose in fairly short order who was applying for mortgages, who was issuing them, I don’t mean their names, but they had to give information like how many African-Americans, how many Hispanics applied for mortgages. What were their characteristics. You know, in other words, what were their incomes, what were their assets, and did they get a mortgage or not? And this was a way to detect discrimination in lending.

And it’s very disturbing to see that they’re no longer going to have to do this reporting, because again, it should not have been a big burden to have this data. So it’s not as though we’re asking them to dig up data. Someone puts in an application. They know what their income is. They all, you know, we’re all working on computers these days. So they have the data. So we’re just asking them to disclose that. And given that there’s growing evidence, I shouldn’t say growing evidence like it’s the disputable point. There’s ample evidence of ongoing discrimination based on race, based on ethnicity. And it’s a very, very serious matter. Where there is growing evidence is that we know this has a very big impact on outcomes. When we look at how kids do in school, if they’re, say, going into an all-black school, they’re in a very poor neighborhood, kids do not do as well. We know that, we know that for certain.

So the idea that we want more integrated neighborhoods, we want more integrated, socioeconomically, schools, this should be a priority. And one of our, one of our ways to bring that about is to combat discrimination. It’s pretty simple. You tell the banks, you know, we want to, we’re going to check you. We’re looking over your shoulder, and if it turns out you’re not giving any mortgages to African Americans, you’re going to pay a price for that. So this radically reduces our ability to police discrimination in the mortgage market. And that’s a really big deal.

GREG WILPERT: And do you think that this deregulation also would help contribute to a repeat of something like 2008? A repeat of, basically, some sort of major financial crisis? Does it make it more likely, in other words. .

DEAN BAKER: Frankly, no. I mean, we had-. I think people underestimate how incompetent our financial regulatory systems, you know, up through the Fed, were in 2008 to get to that situation. I mean, it was, the bad signs were all over the place. It was though we had flashing red lights everywhere you looked, and all the people in positions of responsibility were saying, looks good to me.

So I don’t anticipate another 2008. I mean, that really-. This was not, this was not something that was hard to see coming. It was hard to miss, at least if you’re an economist whose job it is to look at the macro economy, to look at the financial system, it was hard to miss. So I’m really not that worried about 2008. It’s more a question of having a good working financial system, and that means, on the one hand, not having discrimination against large segments of the population, and on the other hand not having banks that are more engaged in speculation than doing things like making loans.

GREG WILPERT: Finally, I just want to turn quickly to the issue of the 33 House Democrats and 17 Senate Democrats that voted in favor of this bill. It’s no surprise that the Republicans would vote in favor, since they generally argue always in favor of deregulation of the financial sector. But it does seem a little bit surprising that so many Democrats supported a bill that Senator Elizabeth Warren called a gift to bank lobbyists. Why do you think they voted in favor, what’s going on here?

DEAN BAKER: Well, you’d have to look at each one individually, but it’s hardly a secret that those bank lobbyists are making very generous campaign contributions to lots of members of Congress. And my guess is if you look at the contributions that those people are getting for their re-election campaign, they will get a lot from the banking industry. So that’s speculation on my part, but I think people who look will find that.

GREG WILPERT: OK. Well, we’ll probably come back to you with similar issues very soon. I’m speaking to Dean Baker, senior economist at the Center for Economic and Policy Research. Thanks again, Dean, for having joined us today.

Is There Another Financial Crisis in the Works?