Col. Larry Wilkerson on Mueller and Courage to Impeach Trump 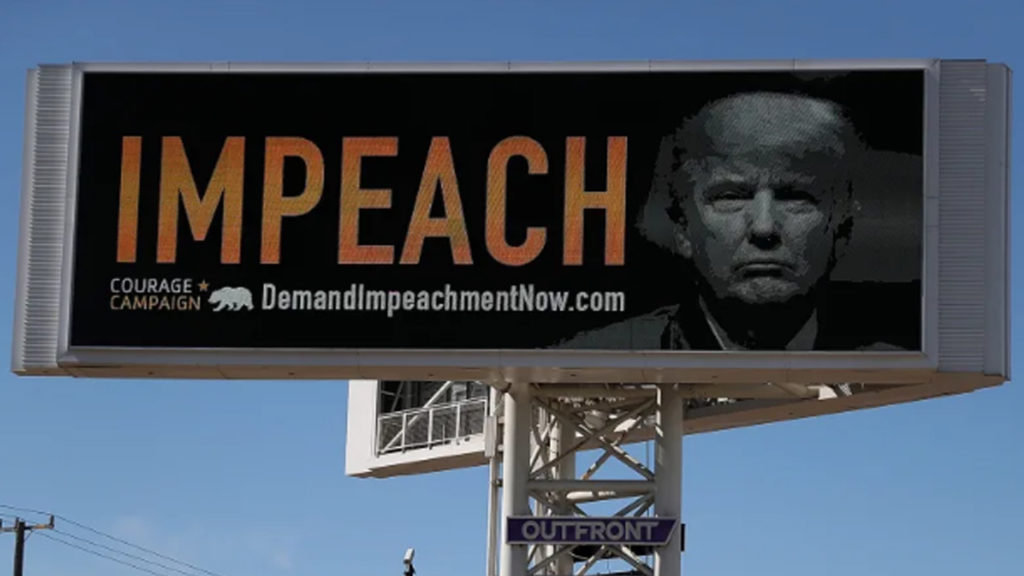 SPECIAL COUNSEL ROBERT MUELLER But under long-standing department policy, a present president cannot be charged with a federal crime while he is in office. The Constitution requires a process other than the criminal justice system to formally accuse a sitting president of wrongdoing.

SHARMINI PERIES It’s The Real News Network. I’m Sharmini Peries coming to you from Baltimore and that was [Special] Counsel Robert Mueller on Wednesday. He basically said that his probe into the Russian interference in the 2016 election was never going to end with criminal charges against President Donald Trump, but he did not clear him and indicated it was up to Congress to decide whether he should be impeached. Joining me now to discuss all of this is the Distinguished Adjunct Professor of Government and Public Policy, Larry Wilkerson. Larry was a former Chief of staff to the Secretary of State Colin Powell, who was in the Bush administration. Larry, I thank you so much for joining me today.

COL. LAWRENCE WILKERSON Good to be with you, Sharmini.

SHARMINI PERIES Larry, this DOJ policy that Mueller actually refers to, essentially tied his hands because he was not able to indict or charge a sitting president of any crimes. Now, what is that policy, and why is it in the books now for 40 years, and can it be not undone?

COL. LAWRENCE WILKERSON I don’t think we want to undo it. I think it evolves from what I was referring to earlier about the US Constitution, that political reasons would normally be what would generate opposition to a president. Therefore, terminating those political reasons in a process of being able to remove the chief executive from office other than Section 4, Article 2, the impeachment process would be wrong and very dangerous. So, I think the justice policy emanates from that. When I was in government, particularly when I was working in the place of Secretary Powell because he was busy and he didn’t have time to do it, in the continuation of government—We called it [the] COG process, which you might remember really got going post-9/11 because we actually contemplated having to continue the government with a lot of the Congress dead, a lot of the cabinet dead, the president dead, the vice president dead, and so forth.

So, we all had to participate not only in exercises to see how we would implement continuation of government, but also, we had to learn the law, and how this functioned, and who would be the president under what circumstances, and so forth. I came up against this policy as a layman, as it was explained to me. As a layman, I interpreted it as an extension of the constitutional prohibition, or attempt to prohibit, presidents being removed for political reasons. And so, you have to have a process, and that process, of course, is political itself but it involves the entire political apparatus. It involves the Supreme Court. It involves the Senate. It involves the House. And so, it has to proceed in accordance with political ramifications, rules, and procedures. But it is not as political as it would be if you suddenly decided that you could remove the president by indicting him while he’s sitting in office. This would be a misuse of the courts, I think, and it would be an abuse of the courts. I think Bob Mueller and the justice policy recognizes that and just gave a little more oomph, if you will, a little more concrete to what the Constitution had already suggested.

SHARMINI PERIES All right. And Muller, I think, was pointing in that direction yesterday when he said that the Constitution requires a process other than the criminal justice system to formally accuse a sitting president of wrongdoing. Now, Larry, if you were given such instructions, and you were sitting in the legislature there, what would you be pushing for?

COL. LAWRENCE WILKERSON I’d be doing what that one, lone courageous Republican, Justin Amash, is doing. I’d be demanding the commencement of a process of impeachment against President Donald J. Trump.

SHARMINI PERIES [laughs] All right. So now that Nancy Pelosi has actually come out and said, “all options are on the table,” do you think the Democrats will actually lead this process of an impeachment?

COL. LAWRENCE WILKERSON That’s a difficult question to answer because if I have any disdain for a particular political party in the Congress of the United States other than the Republicans, it is for the Democrats. I have never seen such a feckless, cowardly, incompetent, inept group of people— from Charles Schumer to Nancy Pelosi— across the board in the Congress. They have no guts whatsoever, no courage whatsoever. That’s one reason my party, which I don’t fault for courage and I don’t fault for ruthlessness, even disgusting ruthlessness, beats them all the time. Mitch McConnell has no qualms about sticking daggers in people’s back and twisting them while he smiles, but the Democrats seem to have no courage, no ruthlessness, no “I’m going to get you” about them. And you can say, well that’s a positive. In American politics, that’s not a positive.

SHARMINI PERIES All right, Larry. So we will leave it there for now and look forward to having you on Monday.

SHARMINI PERIES All right. Thank you for joining us here on The Real News Network.