Chile's President Piñera says foreign intervention and a conspiracy are behind the recent protests. But protesters say what's happening is an explosion of long-contained rage against poverty, inequality, and oppression.

Chile's President Piñera says foreign intervention and a conspiracy are behind the recent protests. But protesters say what's happening is an explosion of long-contained rage against poverty, inequality, and oppression. 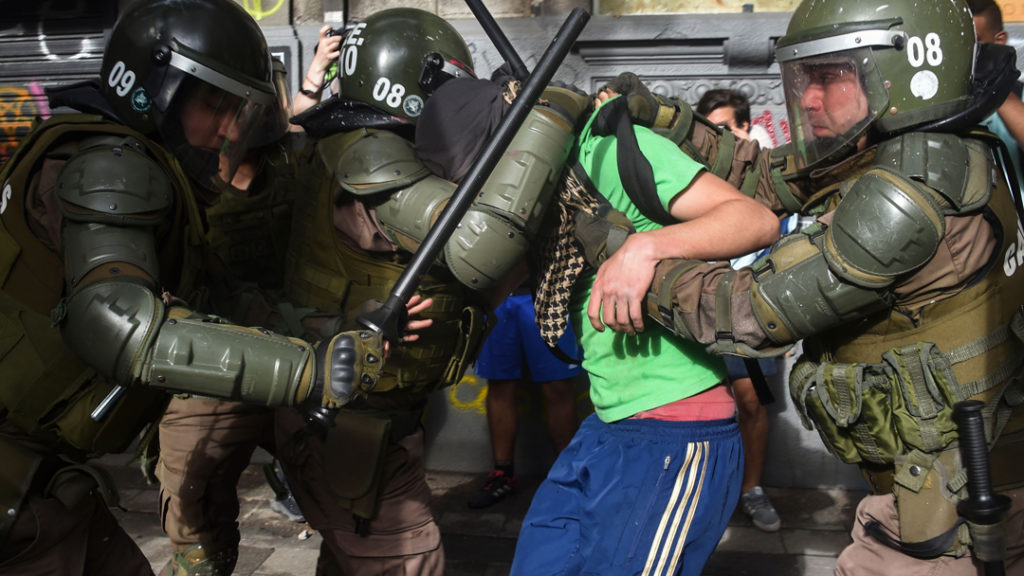 NARRATOR: Anti-government protests continued in Chile this week, even though president Sebastian Piñera reversed his public transportation price increase and sacked one third of his cabinet on Monday.

Over one million Chileans protested in the streets of Chile’s capital Santiago last week. Police repression has been relentless throughout the protests.

Initially the protests were about a ($1.47 USD) public transportation fare increase, but since they began on October 18th, protesters have listed many more demands, including a call for a Constitutional assembly to rewrite the constitution.

On October 20th, President Piñera called the protests “a war against a powerful enemy.” and decreed martial law.

Francisca Padilla is the president of the student association of Playa Ancha University in the port of Valparaiso.

“There was violent repression and human rights violations, including military and cops raping girls that they had detained at the rallies.

Authorities report 2.000 detentions, but according to our count, today there are more than 5.000 people detained. These are unlawful detentions. We have a state that even admits that now we have 19 deaths, 19 deaths according to official numbers.

But, according to human rights observer groups working on the ground, there are far more deaths, arrests, and human rights violations. We have now unlawful detentions, torture and disappearances.”

NARRATOR: Veronica Brito is a human rights observer, who tracks police brutality and arrests. We spoke to her over the phone as she was observing the protest outside the presidential palace La Moneda, on Monday October 28.

“At the moment we have hundreds of injuries, like dozens of students who lost their eyes due to the small metallic pellets used by the Chilean Army, firing on demonstrators.

We also have cases of rape, young women who have been sexually asaulted and also raped by the police and the army. Repression is really strong. They have thrown so much gas that people are feeling their skin burn.

We could even speak of crimes against humanity, for which the state, the President, and his ministers are responsible, despite the recent cabinet reshuffling conducted by Piñera.”

NARRATOR: Piñeira’s firing of his ministers did little to quell public unrest. People have described the week of state violence as reminiscent of the Augusto Pinochet dictatorship.

“History just repeated itself. In 1973 it was General Pinochet, the dictator, who disappeared people and now in 2019 Sebastian Piñera, a right-wing president, is having people disappeared.

NARRATOR: Richard Curinao Pallaleo is a journalist of the Chilean indigenous people known as the Mapuche, who publishes a Mapuche newspaper, and who has been covering the protests.

There are people who have been taken from their homes, tortured, brutalized, and there are some who have simply disappeared. Last week we had the military in the streets, shooting live rounds at civilians, running them over with trucks and generally repressing people who were exercising their constitutional right to protest.”

Witness: “Rodrigo Alejandro Martinez, they are taking him, here at the corner of Amunategui and Perez.

The place is full of cops, they are taking him, he is a student leader.”

NARRATOR: Just like in Ecuador a few weeks earlier, the Chilean president invoked national security and activated counter-insurgency measures against what he said was a plot by Venezuela’s President Maduro to destabilize the government.

“It is being repeated, that Venezuelan and Cuban agents are the ones plotting a state of chaos, but this is not true. What’s really happening is a popular uprising. The people are tired of the low retirement benefits, high levels of debt, really expensive education, and a really expensive, inefficient healthcare system.”

NARRATOR: Padilla points out the extraordinary number of people gathered at the demonstrations in support of the students.

VO: In social media, many videos of suspected agents provocateurs have circulated, showing vandalism, which the government later blamed on the protesters.

“It is important to know that there has been manipulation by the state, military and police, there are videos of agent provocateurs and also of police agents authorizing the looting of certain stores, while they watch. They let some people plunder stores.

In fact recently, burned bodies have been found in such stores, and the forensic reports for those bodies reveal that they were shot and killed, before being burned along with the looted stores. So we believe the looted and burned stores can be a cover up to hide the real number of people shot and killed on the streets.”

NARRATOR: Meanwhile, as the protests continue, the demands are not only the reversal of neoliberal policies, but the President Piñera’s resignation, and the convocation of a constitutional assembly, to overhaul Chile’s Pinochet-era constitution.

“People don’t want to support the neoliberal system any more. A system that after the end of Pinochet’s dictatorship has been supported by many governments of all kinds.

Despite the fact that we have a full-blown police state, dedicated to repress, people are organizing again. We see the social fabric reorganize, we are talking about neighborhood groups, sports clubs, social organizations, cultural organizations, they are demanding for a constitutional assembly.

Why? Because our constitution is the same we had in times of military dictatorship. A neoliberal system and people don’t want that system no more.

And the government does not like that because in Chile the business elite runs the country, and they are not about to surrender their privileges, in a system that favors the top 1% of the population.” 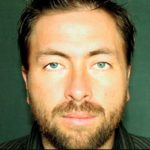