Critics of the Transportation & Climate Initiative say real transportation justice must include a plan for mass transit, and respect leadership from environmental justice communities

Critics of the Transportation & Climate Initiative say real transportation justice must include a plan for mass transit, and respect leadership from environmental justice communities 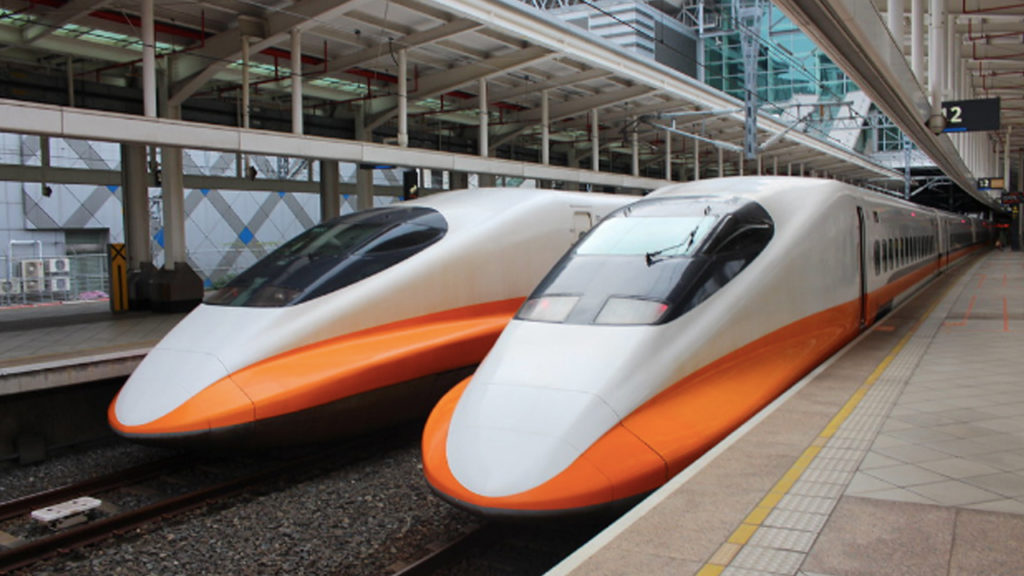 DHARNA NOOR Welcome back to The Real News Network. I’m continuing my conversation about the Transportation and Climate Initiative, or TCI, a multi-jurisdictional climate change initiative to lower emissions that’s being overseen by Georgetown Law’s Climate Center. And I’m joined again by Samuel Jordan and Melissa Miles. Thanks for being here.

DHARNA NOOR There were some bigger green groups— the Sierra Club, Union of Concerned Scientists— who did back this initiative. And eight of them actually asked state legislators in a policy design principles letter late last week to consider equity in their modeling. They included things like asking legislators to not let polluters off the hook, a.k.a. don’t give pollution credits out for free. They also said that there should be no community left behind. Would it be possible for TCI to be carried out in a way that’s environmentally equitable, or is it so inherently flawed that it would be essentially impossible to really do this in a way that’s just?

MELISSA MILES Just to speak to something Samuel said, the first time that I really sat in a meeting about a carbon trading scheme, it really became clear to me. This is 100% about the market. This is not about climate science. This is not about the reality that people are living, so no. Could this work and really get us where we need to go? Absolutely not. Will some states enter it? Perhaps. And to that point, I say in those states where—We’re in New Jersey doing our best to hold the line and not even go down this path of what we consider a false solution. At the same time, we feel that we really need to stay at the table until real gains are made.

DHARNA NOOR Samuel, TCI also backs things like the Northeast Electric Vehicle Network in partnership with major auto manufacturers to lower transit emissions. It also seeks a broader technological upgrade of the transportation grid to expand transit choices, it says. And those things sound, at least on paper pretty, decent especially when Georgetown is saying that this could reduce carbon emissions by 29-40% by 2030 and create tens of thousands of jobs. Do you think that the plan could really live up to those numbers?

SAMUEL JORDAN We have no way of testing it at the moment. We want to verify. I mean, even— I won’t call his name in this setting— said, “trust but verify.” A president, very conservative, who actually tried to ruin the union movement. But what we see is that the electric vehicle miracle, the autonomous vehicle miracle is not a miracle for the mass of people. In fact, it’s not a practical solution. It simply puts more cars on the road. We already now have reports from cities where Uber and Lyft have already contributed 10-15% to weekday rush hour congestion, the idea of autonomous vehicles floating around the cities. It’s cheaper to keep them rolling than to park them. So instead of paying $12 an hour to keep them parked or more, keep them rolling. If they’re autonomous, don’t need drivers, why stop? That’s cars on the road.

What we are finding though, and is also a greater problem, and that is, one, there is a footprint with manufacturing of any type. There’s a carbon footprint even with, of course, electric vehicles or autonomous vehicles. We advocate for replacing the fleet with non-emitting vehicles, for example. Nevertheless, what’s more important and what the society actually is capable of doing, is including mass transit in all of our planning. We insist, our coalition insists that transportation planning, for example, and land use planning never be separated. That’s because we should organize the society— the built environment where we actually live as people— in order to manage our daily needs with the lowest cost to our environment, as well as to the society. The lowest cost is achieved through mass transit. The lowest cost per person is achieved through mass transit.

What we have seen in Maryland instead is the governor canceled the Red Line Light Rail project, which would bring a long-needed east-west crossing of Baltimore from Bayview in the east to Woodlawn CMS in the west. Fifty-thousand riders per day, okay? There are that many people in the area who want to get out of their cars almost at any cost. The cost of the inconvenience— whether it’s parking, insurance, repair, purchase, and debt for a car— is no longer an attractive way of a family’s upward mobility.

As you know, great numbers of the so-called millennial generation, I’m not sure if that’s always complimentary in its use, but they’re not even getting driver’s licenses. They don’t want to have anything to do with the ownership of a vehicle. They’ve had the suburban experience when you spend all day and gain 20 pounds riding everywhere you go. Whether it’s to the market, to Boy Scouts, or to a community meeting, to the movies, it always requires at least a 20-minute trip, okay? And that’s not a good life. We know that a modern city needs an equitable, reliable, multimodal, modern transportation system.

DHARNA NOOR Something that you mentioned, Melissa, is that it’s often frontline groups— those hit first and worst by the climate crisis and by climate injustice— who have the solutions that could really be scaled up, out, that could be replicated. Could you talk a little bit about, just to wrap up, some of the solutions that you’d like to see wrapped up in a plan like this sort of multi-regional plan? And talk a little bit about what kind of leadership you think should really be at the table to push something like that forward.

MELISSA MILES Right. What’s interesting is the idea of the regional plan, I think from conversations I’ve gathered, that one of the things, one of the learnings was that it would be difficult actually to get at those local-level emissions reductions with a regional plan.

MELISSA MILES So where does that leave us with this regional plan? Because all the states have to agree to it. There are different conditions in each state, even at the neighborhood level. I think Samuel was speaking to this. Newark, for example, has so little tree cover and so much concrete, that we are always hotter than other areas in New Jersey. We have a heat island effect. We don’t have enough porous surface. Driving in a densely-populated urban area is different than driving in a rural area. The transportation concerns are different. It would be really difficult to sincerely and truly address communities’ needs from a level that high. What we would rather see is states engaging with their populations to find real, legislative measures that are guaranteed to bring emissions down.

I know that there’s always the question of the source, the economic source. Where are we getting the money from, if we don’t have a cap and trade system? I think that right now as we see, many states, their governments are putting a lot more emphasis on building roads. We’re looking at 80% of what’s allocated for transportation is dealing with roads and vehicles. Even in this whole green market, and even through TCI, what we’re seeing is models that are very heavy on rebates for electric vehicle owners. And so, we already know that in low-income communities, owning electric vehicles is like a moot point. Who is that really benefiting?

Then you have in the same models, so little emphasis put on mass transit. And you have in these states where they’re using just crumbs of their budget to be able to get newer fleets or repair roads or make decent bus stops for people. You know, just decent quality-of-life measures. It’s hard to get at things like that from a thousand feet. And again, speaking to communities is where you find out this is what we need to be able to get from Point A to Point B. We don’t actually need a plug-in station here. I know you’ve all been talking about putting them here, but we don’t really need that.

What we need is a bus stop. What we need is a clean fleet so that we’re not choking on fumes. What we need is help with not just the municipal bus fleets, but of course school buses that are carrying children. Children of color are more likely to be bused to school in this nation that still has a very highly-segregated school system. So the solutions are there. I will not sit here and say that front line groups that are under-resourced, staffed thinly, that we’re going to sit and we have the capacity to come up with the policy measures that will save us now, right? But what we do have is localized solutions and measures that can really change a variety of things at a time because we’re thinking intersectionality. We’re not just thinking about carbon.

SAMUEL JORDAN Transportation is experienced and lived at the regional level. Now, understanding clearly what Melissa has mentioned, it’s important I think for us to make it clear to the audience that we have over this past four years since Hogan cancelled the Red Line, we found no reason to trust this administration. We found no reason to believe that the administration pursues any agenda that calls for fairness to us. To us, I mean black people, brown people, low-income, transit dependent. What we have proposed is a ballot initiative to create a regional transportation authority. Not because that’s necessarily the best altitude from which to see and solve the issues, but because we can’t trust this administration and perhaps any other.

SAMUEL JORDAN And what this leads to is that artificially manipulated fear of black people. You know, you might rub up against them. Who knows? You might even talk to a black person on the subway or train or something. Well, what that has done is that’s suppressed investments in public transportation. Baltimore will never have a modern, equitable public transportation system until that issue is addressed.

DHARNA NOOR Okay. We have to leave it there, but as you both continue to work on these issues, both in your localities and at the national level, we’d love to hear from you again. Samuel Jordan and Melissa Miles, thank you both so much for being here today.

SAMUEL JORDAN Thank you very much.

DHARNA NOOR And thank you for joining us on The Real News Network.

February 14, 2020
Sign Up for Our Newsletter
Help Us Make Real News!