“These are broken people, in a broken city, in a broken system.” Baltimore Ceasefire’s Youth Ambassadors remember those who have been killed, and are pushing leaders to address the inequality and trauma that leads to violence.

“These are broken people, in a broken city, in a broken system.” Baltimore Ceasefire’s Youth Ambassadors remember those who have been killed, and are pushing leaders to address the inequality and trauma that leads to violence. 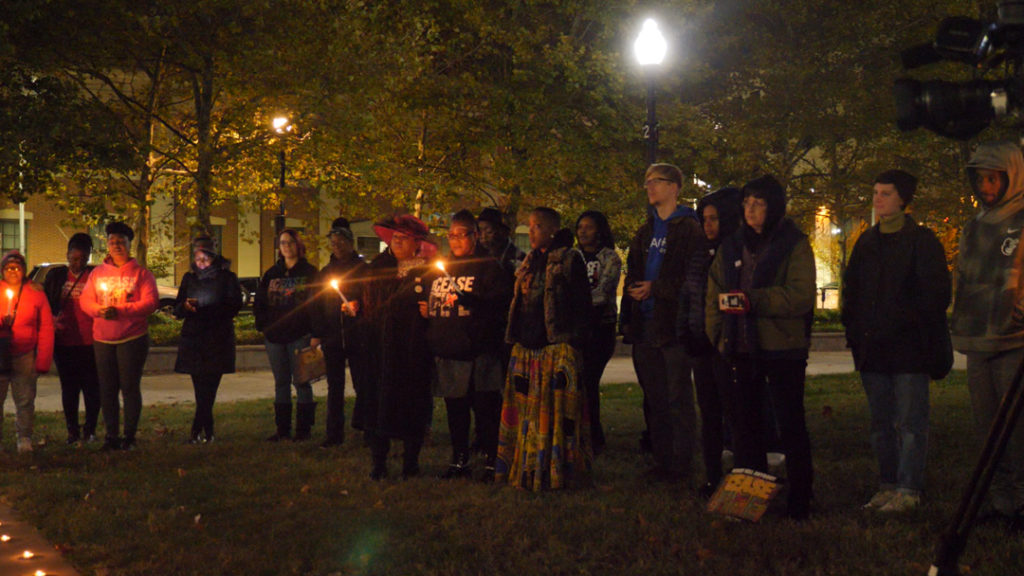 JAISAL NOOR: Remembering those lost to murder and a plea for no more shootings. A call led by those most directly impacted, youth ambassadors from Baltimore Ceasefire. Part of a movement asking people to not kill each other for one weekend, four times a year, and they’re making a real difference.

OLIVIA KOULISH: I mean, we just want to make the statement that murder does not have dominion over us as a city, and that we can come together and have a loving and peaceful environment, and just create that energy for the entire city.

JAISAL NOOR: Baltimore spends half a billion dollars on aggressive policing every year, yet the murder rate remains among the nation’s highest. Meanwhile, according to a recent analysis, there’s 50% fewer shootings during ceasefire weekends, a movement that brings people together for life affirming events

DESTINI PHILPOT: Ceasefire is the people. It’s the citizens of Baltimore that makes the Ceasefire successful, and so when I see that those numbers increased and that the murder rate is going down every Ceasefire weekend, you have to be able to applaud the people of Baltimore for taking the peace challenge and pledging to choose life over murder.

JAISAL NOOR: Every quarter, the all-volunteer Baltimore Ceasefire holds cookouts, basketball tournaments, does job trainings, record expungement, voter registration, and much more. In a city seemingly hell bent on taking so much from its residents, simple acts of love and compassion are making a huge difference.

Even though one life was lost on Saturday, 24-year-old Daquan Chambers became Baltimore’s 286th homicide victim of 2019, data analyst, Peter Fallon, found the city sees anywhere from 30 to 66% fewer shootings during Ceasefire weekends, even while accounting for seasonal trends. His research also found that the impact can extend well after those three days are over, sometimes lowering the rate of gun violence for as long as 12 days.

JAISAL NOOR: For the youth leaders, this means that change is possible in a city often defined by hopelessness and violence, and for the city’s leaders and potential 2020 candidates, they have a simple demand: step up and address the root causes of violence.

OLIVIA KOULISH: Well, candidates need to focus on attacking the roots of violence, especially in urban communities because we’re the communities that are often forgot about in the gun violence conversation in general, and-

DESTINI PHILPOT: Yeah. It’s like, how do you combat the root causes of violence like poverty and trauma and hyper-segregation?

OLIVIA KOULISH: Yeah, and putting money into our education system?

DESTINI PHILPOT: How do you combat the school to prison pipeline? What are you doing to put the future and the hope back into black and brown youth and urban communities?

JAISAL NOOR: For The Real News, this is Jaisal Noor in Baltimore.