California held one of the most important primaries leading up to the 2018 midterm elections. The unique top-two primary saw record high spending. And while a few progressives made it through, it mostly pits establishment Democrats against Republicans

California held one of the most important primaries leading up to the 2018 midterm elections. The unique top-two primary saw record high spending. And while a few progressives made it through, it mostly pits establishment Democrats against Republicans 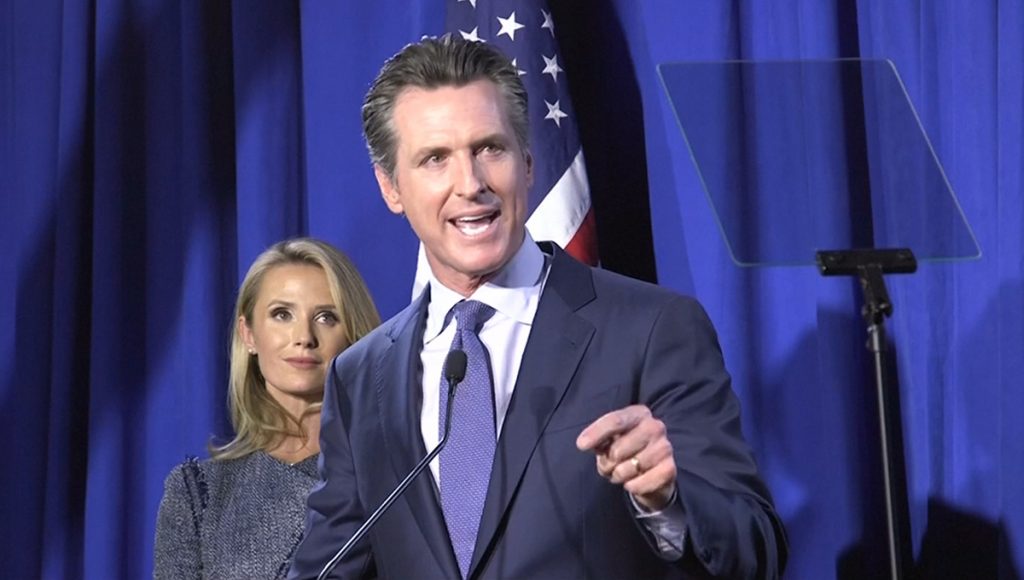 Californian voters took to the polls on Tuesday, June 5 for one of the most closely watched primaries leading up to the 2018 midterm elections.

This primary saw a record number of spending, and tested the unique electoral system adopted by California. It also highlighted the wave of new progressives who have been inspired by Bernie Sanders to run for office.

California adopted a top-two primary system in 2010, which is also popularly referred to as the “jungle primary.” Under this distinctive system, the two candidates who win the most votes, regardless of party, are the ones who face off against each other in the November election.

Because of this model, analysts had warned the large number of Democrats running could split the vote. Fox News even salivated over the possibility of two Republicans running against each other in California.

FOX NEWS HOST: It allows the top two vote-getters, regardless of party, to advance. And so the problem may be that Democrats have so many people running this time around, that it could split the vote and Republicans could end up benefiting. Right?

FOX NEWS GUEST: Yeah, while it’s funny. Democrats loved this idea when they adopted in 2009, but they may not be loving it so much tonight. Because the issue is, is that they have so many Democrats running in these individual races, and Republicans are really solidified between one, two, or three candidates, and so if two republicans are the top two vote-getters, then no Democrats make it to the November election.

BEN NORTON: With the results in, however, it appears those fears were exaggerated, and it looks like many of the key races pit a Democratic against a Republican.

Partially because of this unique system, outside spenders flooded the state with money in an attempt to manipulate the primary. More than $108 million were spent just on candidates for the House of Representatives. That is over double the $58 million spent in the 2016 election cycle.

Huge sums of money were also poured into the closely followed race for governor. Liberal Democrat Gavin Newsom, California’s current lieutenant governor, will be facing off against Republican businessman John Cox, who has repeatedly been endorsed by Donald Trump.

Newsom says he supports universal healthcare, LGBT equality, and marijuana legalization, and is sometimes characterized as a progressive, although he has centrist leanings.

Newsom defeated his more right-wing Democratic rival Antonio Villaraigosa. Wealthy backers of charter schools spent $14 million in less than a month to try to boost Villaraigosa over Newsom. In the week before the primary, rich charter school supporters spent at least $2.3 million on ads attacking Newsom, portraying him as lazy.

In the primary races for the House of Representatives, several incumbent progressive representatives, including Ro Khanna and Ted Lieu easily came in first, and will likely be holding on to their seats. Yet so too will neoliberal corporate Democrats, like Nancy Pelosi, who barely faced a challenge.

At the same time, several progressive candidates who were endorsed by the groups Our Revolution and Justice Democrats and who refused to take corporate PAC money also made the cut.

Critics have spoken out against this top-two primary system, noting it isolates third-party candidates and makes it even more difficult for lesser-known candidates to get elected. This model incentivizes both major corporate parties to unite behind moderate, centrist candidates, and reduces the chances of grassroots progressives defeating Democrats who have more corporate funding.

Yet at the same time, analysts’ dire warnings did not materialize. Women made important electoral gain, and Republicans did not monopolize races that had many Democratic candidates. For the most part, it looks like November will see another conventional midterm election, featuring establishment candidates from both corporate parties.