The state of California released a climate assessment that points to "apocalyptic" conditions if climate change is not halted or mitigated in the next 30 years. We discuss the report with one of the co-authors and a California EPA deputy director

The state of California released a climate assessment that points to "apocalyptic" conditions if climate change is not halted or mitigated in the next 30 years. We discuss the report with one of the co-authors and a California EPA deputy director 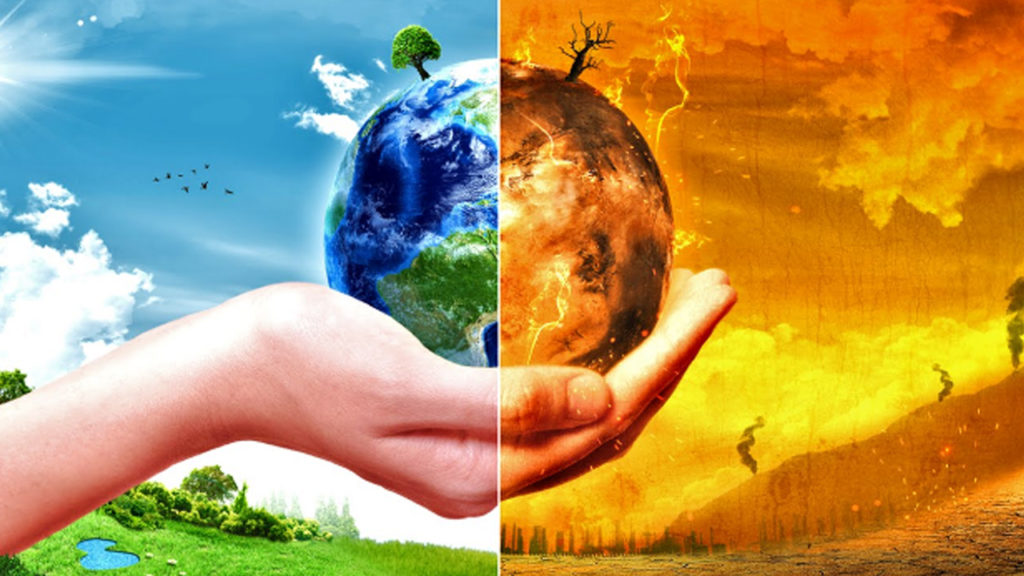 This week, the state of California issued a gloomy assessment of the effects of climate change on California. Gov. Jerry Brown even tweeted out that the report details an apocalyptic threat for the state if nothing is done to prevent or manage the dangers. For example, according to the report, if nothing is done to rein in emissions and climate change, there would be a 77 percent increase in forest fires, over 11,000 more heat-related deaths- which would be two or three times as many as currently happen- and erosion would threaten two thirds of California’s coastline due to rising sea levels. All of this in the next 30 years or so.

Joining me now to discuss California’s Fourth Annual Climate Assessment are Rupa Basu and Sam Delson. Rupa Basu is one of the contributing authors of the report, and is the chief of the Air and Climate Epidemiology Section of the at the California Environmental Protection Agency. And Sam Delson is a deputy director of the California Environmental Protection Agency. Thanks for joining us today, Rupa and Sam.

RUPA BASU: Thank you for having us.

GREG WILPERT: So let’s start with you, Rupa. What would you say are the most important conclusions that we need to pay attention to in this report?

RUPA BASU: OK. Well, that’s a really good question. That part of the Fourth Assessment that I contributed to was mainly that heat exposure and health impacts, and then also some of the air pollution impacts. And so I can really comment on that. What we’ve found is that heat events are happening much more frequently, longer duration, and with more intensity in California already. But what we’re seeing is that in the future this is projected to increase much more. We’re already seeing this, like I said, because I know a lot of people think of climate change as polar bears, or you know, something in the future. But no, we’re seeing this right now. And this is something that will continue into the future. And thinking about deaths, illnesses, all related to heat, as well as other outcomes as well.

GREG WILPERT: So if temperatures increase as much as is predicted at the moment, as I mentioned in the introduction, there was an estimate that there would be something like 11,000 heat-related deaths. How many are currently happening, and how much of that can we attribute to the climate change that’s happened so far?

RUPA BASU: Well, that’s a really good question. So far heat-related deaths and illnesses are severely underreported, and that’s because we don’t really have a clear definition for a heat wave. It’s very, kind of, subjective to different areas. So often we hear 95 percentile for two or more days. But again, that, that kind of varies, depending on the area. And then a bigger issue, almost, is that there is no definition for a heat-related death. OK, so it’s really kind of, OK, we couldn’t find any other cause of death for this individual. There was a heat wave. So now we’re going to say heat-related death.

So we’re doing our studies it’s really important to look at not just heat-related death, but also deaths and illnesses from other causes such as cardiovascular diseases to really get the true picture.

SAM DELSON: Not certain it’s every year, but I can tell you that our office also put out a report a few months ago on indicators of climate change in California. It looks at not projections for what’s coming ahead, in the decades ahead, but measures the changes that have already been occurring in California. And it did find that a lot of the changes have been accelerating in recent years. The surface water temperatures in La Jolla are rising at a much faster rate than they were a few years ago. The water temperatures at Lake Tahoe are rising, I believe, ten times faster than they were a few years ago. And we’ve had the most severe wildfire years ever recorded in the last few years, including this year.

GREG WILPERT: And Rupa, it seems that it would be very difficult, extremely difficult, for an individual state, even one as large as California, to combat climate change on its own and the effects that it will have. So what can California actually do to confront these kinds of threats, or apocalyptic threats, as even Governor Brown called it?

RUPA BASU: Well, I think, for one, we could make the heat advisories a little more current, and really focus on specific regions of California instead of, you know- and focus on vulnerable populations. Because many times what happens is it’s so large, and not really capturing the true population at risk. And so I think that’s something that we could start with.

Another big thing is education. And I don’t just mean public health education for researchers like myself, but also for clinicians to really be aware of some of the symptoms that could be relevant to heat-related illnesses. For example, pregnant women often come in and exhibit dehydration, or other kinds of symptoms that are often not connected to the heat. And so I think also working with clinicians would be very helpful, and local health departments.

GREG WILPERT: So, Sam, this report, that as I mentioned has been done on a regular basis, but what’s the background? I mean, what, what are you hoping that it will do in terms of policy changes?

SAM DELSON: Well, California has tried to be a national and international leader in terms of responding to climate change. We’ve been developing strategies that combine mitigation with adaptation to the changes that can’t be mitigated. And our Gov. Jerry Brown has taken a number of actions along those lines. This report is leading up to in mid-September, on September 12, we will be hosting a Global Climate Action Summit in San Francisco, and hopefully we can share ideas and develop better strategies for meeting the challenges ahead.

GREG WILPERT: And finally, Sam, how has this report been received so far? Are politicians and those in positions of responsibility actually pledging to act on it?

SAM DELSON: Well, I’m not aware of pledges, but it’s certainly getting attention. I think the reaction here in California has been supportive. I can’t speak for the reaction in Washington, D.C. and other areas. But certainly we’re trying to spread the word about what lies ahead, and to provide science-based information that people can use to make effective public policies moving forward.

GREG WILPERT: Actually, one more thing, one more point. It seems to me that one of the interesting aspects of this report is that precisely because it’s not global, as so many analyses are, because it focuses on one state and then within the state it focuses on particular regions, ecological kind of regions within California, it gives the policymakers a much better idea of how to cope with it. I’m just wondering if you could comment on that, Rupa, in terms of what kinds of differences do you see within California in terms of the effects of climate change on the different regions?

RUPA BASU: Well, I think it is really important to have a report just for California, because there are national assessments, and of course there will be some international assessments as well, received by the World Health Organization or the IPCC, which is the Intergovernmental Panel on Climate Change. But really, California is so different in terms of the exposure. So if you think about air pollution and the sources of air pollution that we see here is much different. Also heat and temperature building infrastructure. And of course the population is much more diverse here than in other areas, and so we would be impacted by all of these exposures differently than if we just, you know, look at the National Assessment on Climate Change, or if we look at the IPCC report. It’s not really so relevant to California. It is on a larger scale, but we need something that’s really specific to California, to really help us cope with climate change impacts that we’ll see currently and in the future.

GREG WILPERT: OK. Well, I hope that more states will follow your example. And we’ll continue to follow this as we do for our climate bureau here at the real news. I was speaking to Rupa Basu and Sam Delson of the California Environmental Protection Agency. Thanks, Rupa and Sam, for having joined us today.

RUPA BASU: Thank you for having us.

SAM DELSON: It’s been a pleasure.