Brexit Vote: Will the EU Throw UK PM Theresa May a Lifeline?

In spite of the deep splits among the Tories, Prof. John Weeks says that a Brexit agreement will be made when the EU bails out Theresa May in the lead-up to the EU parliamentary elections

In spite of the deep splits among the Tories, Prof. John Weeks says that a Brexit agreement will be made when the EU bails out Theresa May in the lead-up to the EU parliamentary elections 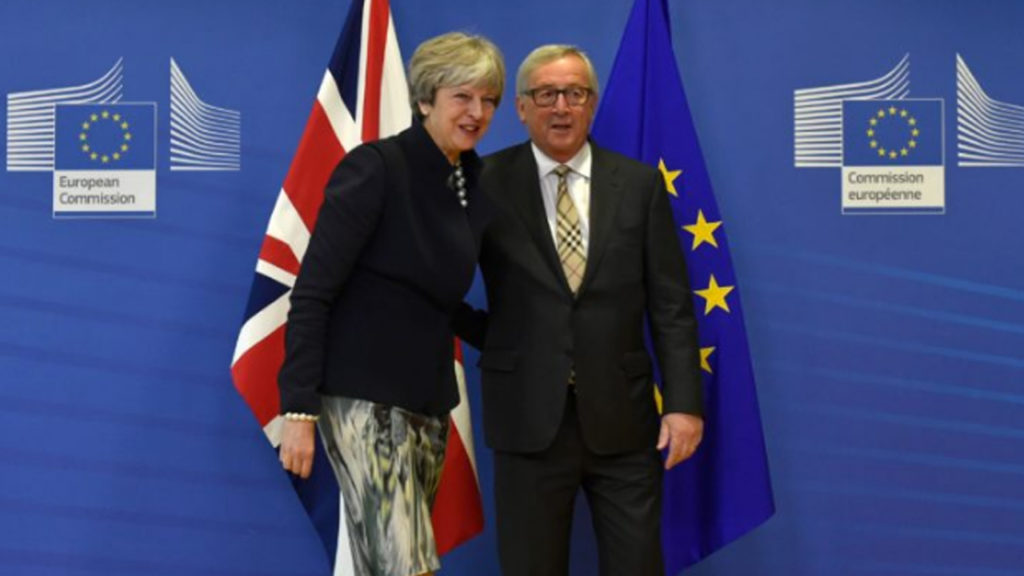 Tensions were high today in the British Parliament over the Brexit deal proposed by Prime Minister Theresa May.

THERESA MAY: Thank you, Mr. Speaker. Mr. Speaker, the House has spoken, and the government will listen. It is clear that he House does not support this deal. But tonight’s vote tell us nothing about what it does support, nothing about how … nothing about how or even if it intends to honor the decision the British people took in a referendum Parliament decided to hold.

I can therefore confirm that if the official opposition table a confidence motion this evening in the form required by the Fixed-Term Parliaments Act, the government will make time to debate that motion tomorrow.

JEREMY CORBYN: The results of tonight’s vote is the greatest defeat for a government since the 1920s in this House. This is a catastrophic defeat for this government. After two years of failed negotiations, the House of Commons has delivered its verdict on her Brexit deal, and that verdict is absolutely decisive.

SHARMINI PERIES: Theresa May lost the support of her own party for the proposed exit deal with the European Union by a vote of 432-202. This is the first time, as Jeremy Corbyn said in that clip, this is the first time such a defeat with such a large margin for a sitting government has taken place in the history of British democracy.

Furthermore, it is clear that Theresa May has lost much more than control over the Conservative Party, and, of course, the majority of the Parliament.

In recent weeks, Theresa May has zig-zagged regarding her position on the Brexit deal, first threatening that if her deal not be approved by Parliament she would resign. Then she threatened to continue towards a Brexit deal without a deal. And thirdly, she threatened to cancel Brexit altogether if she loses the vote.

Well, it’s all very confusing. And now that she has actually lost the vote, what will happen next? That question we will explore with John Weeks. John Weeks is Professor Emeritus at the School of Oriental & African Studies at the University of London. He’s the author of the book Economics of the 1 Percent: How Mainstream Economics Serves the Rich, Obscures Reality, and Distorts Policy. Good to have you with us, John.

SHARMINI PERIES: John, let’s take off with this first question. What does this decision by Parliament now mean in terms of the Brexit, and of course, the negotiations with the EU?

JOHN WEEKS: The first thing I think everyone, all your listeners and viewers, should realize is that some type of agreement will be reached; that all the discussion of no deal–I don’t know how much people follow it, but there’s a lot of scaremongering about this; if they vote against Theresa May’s agreement with the European Union, then they will crash out of the European Union and it’ll have an economic disaster. That is not going to happen. We know it’s not going to happen. It’s a factor that there will be some agreement.

It’s reasonably clear why the European leaders have said that. With the exception of one or two, the 27 heads of state are all center-right. Their sympathies lie with Theresa May. They do not want a government of Jeremy Corbyn on the left. They do not want another government on the left in the European Union, much less a radical left government. And so they are willing to bail Theresa May out. In other words, there is quite a strong collusion between leaders of the European Union and Theresa May, even though it looks like she’s about to lose the vote.

SHARMINI PERIES: All right. Now, tell us about the Conservatives and the party dynamics here. Why is Theresa May being put in this vulnerable situation? Do they want her out? And if so, what will happen next?

JOHN WEEKS: Well, that’s a very good question, because historically the, one thing the Conservative government, the Conservative Party, has been very good at is staying in government. While it is a right-wing party with right-wing ideologies, it is prepared to make all sorts of practical compromises to stay in government. Yet now, at this moment, it appears the party is so deeply split that it may no longer be possible for it to hold itself together.

It’s all the more extraordinary because there is an overwhelming majority of the business community, if I may use that oxymoron, these capitalists in favor of staying in the European Union, particularly financial capital. Yet within the Conservative Party there’s a very deep split. Probably more than half of the Conservative MPs, of which there are almost 300, probably more than half of them are leaving the European Union, and that appears to be driven primarily by ideology, by right-wing ideology that combines the sort of underlying theme of a free trade ideology. Deregulation. Driving wages down. They want a Britain that’s a race to the bottom in terms of international competitiveness. But formally they draw their support over the issue of immigration, so their appeal to their right-wing supporters in the Conservative Party grassroots is their anti-immigration arguments. But what’s really motivating them ideologically is anti-working person, anti-regulation, anti-green ideology.

JOHN WEEKS: Well, I think if you had asked me that a few days ago it would have been clear. And I’m going to briefly answer, then, and talk about why it’s no longer quite so clear.

Just a few days ago I would’ve answered by saying Jeremy Corbyn’s position is to use this vote as an opportunity to bring the Conservative government down, to defeat Theresa May, then call for a vote of confidence tomorrow. He’s says he’s going to do that tomorrow. Trying to get a majority to remove her. I’ll come back to that issue. And force her to call a general election, and attempt to win that general election, form a Labour government, and renegotiate with the European Union. Those in his party opposed to him, and while the Labour Party is much more united in opposition to Theresa May than the Conservative Party is in its support of her, there is a big split. The center of the party wants a second referendum, and there’s been a lot of attacks on Jeremy Corbyn in the last few weeks trying to get him to agree to if Labour can–well, first just to support a second referendum in Parliament. It obviously didn’t go through under the Tory government. But in any case, to endorse the second referendum. And Jeremy Corbyn’s basically saying no, no, we don’t want a second referendum. We want to bring the Tory government down.

Now, what has changed all that is up until a few days ago, Jeremy Corbyn could say, you know, there’s not time for a second referendum. It’s all just whistling in the wind. You are proposing, my opponents are proposing, something which is absurd. Now with the European Union saying we might be willing to extend things till July, that gives a new lease on life to the second referendum deal.

And I think there’s a political motivation here. First of all, the European Union does not really want a major member to pull out, though there are leaders in the European Union that think Britain has been a real pain in the neck over the last 20 or 30 years in negotiations in the European Union. But it is somewhat of an embarrassment to have a major country pull out. So they would like to see, perhaps many of them would like to see, a referendum in which the Brexit was reversed. The other great advantage to them is if there were such a referendum that would be quite an embarrassment to Jeremy Corbyn.