Brazilians Remember Marielle Franco on Anniversary of her Assassination

In major cities of Brazil, activists honored the life and legacy of LGBT and police violence activist Marielle Franco, who was assassinated a year ago in the streets of Rio de Janeiro. Mike Fox reports

In major cities of Brazil, activists honored the life and legacy of LGBT and police violence activist Marielle Franco, who was assassinated a year ago in the streets of Rio de Janeiro. Mike Fox reports 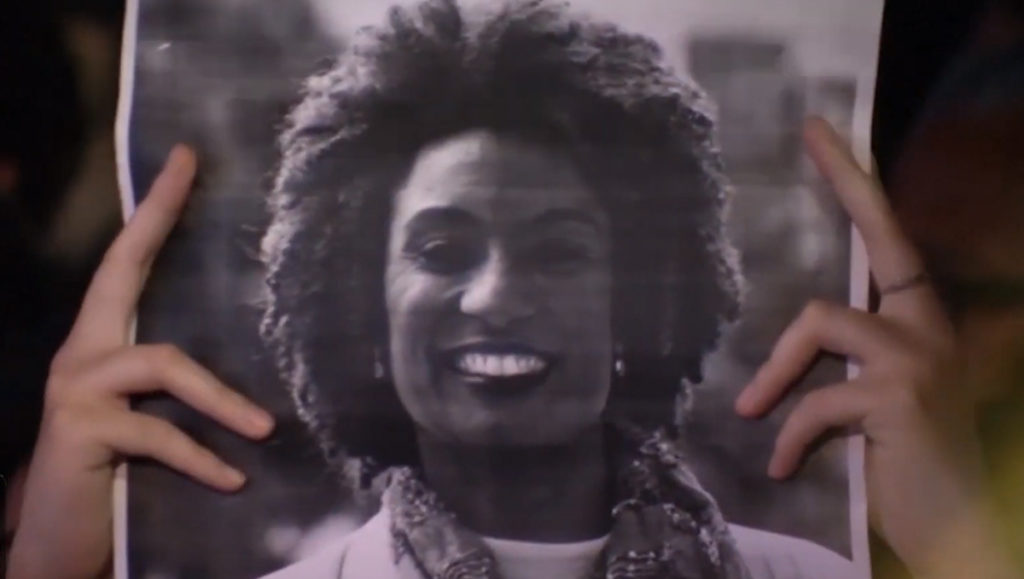 MIKE FOX: Thousands participated in vigils, rallies, and protests this week across Brazil in honor of Marielle Franco. This Thursday marked one year since her assassination.

MIKE FOX: Marielle was a Black, LGBT, anti-police violence activist from the favelas of Rio de Janeiro, and a city councilor for the Progressive Socialism and Liberty Party, PSOL. She was a vocal opponent to the military occupation of Rio’s poorest communities. Franco and her driver, Anderson Gomes, were gunned down on March 14, 2018.

Her killing sparked an international movement for justice and once again highlighted the increasing violence against black women in poor communities.

SPEAKER: When they massacred Marielle, they didn’t just kill her. They killed so many other black women, because she was such a reference for Brazil and the world. We say we are here and we will remain in the streets.

MIKE FOX: This week, two former members of Brazil’s military police were picked up for their suspected role in Marielle’s murder. One of them, Ronnie Lessa, lived in the same small gated Rio de Janeiro community as president Jair Bolsonaro. According to the police, one of Bolsonaro’s sons dated Lessa’s daughter.

Bolsonaro’s connections to Rio’s paramilitaries, and in particular those who may have killed Marielle, are of increasing concern.

In January it was revealed that investigators were searching for the former police captain Adriano Nobrega, who is suspected of heading a paramilitary group in Rio de Janeiro believed to be behind Marielle’s murder. Until late last year, both Nobrega’s mother and wife were employees of Bolsonaro’s son Flavio, then a representative in the Rio de Janeiro Legislative Assembly.

Women and Black activists around the country continue to call for justice and demand to know who ordered Marielle’s murder.