A recent report, "Banking on Climate Change 2018," finds major banks increased fossil fuel financing to $115 Billion in 2017--up 11% from the year before--even though it was the costliest year on record for climate-related disasters. We speak to lead author Alison Kirsch of the Rainforest Action Network

A recent report, "Banking on Climate Change 2018," finds major banks increased fossil fuel financing to $115 Billion in 2017--up 11% from the year before--even though it was the costliest year on record for climate-related disasters. We speak to lead author Alison Kirsch of the Rainforest Action Network 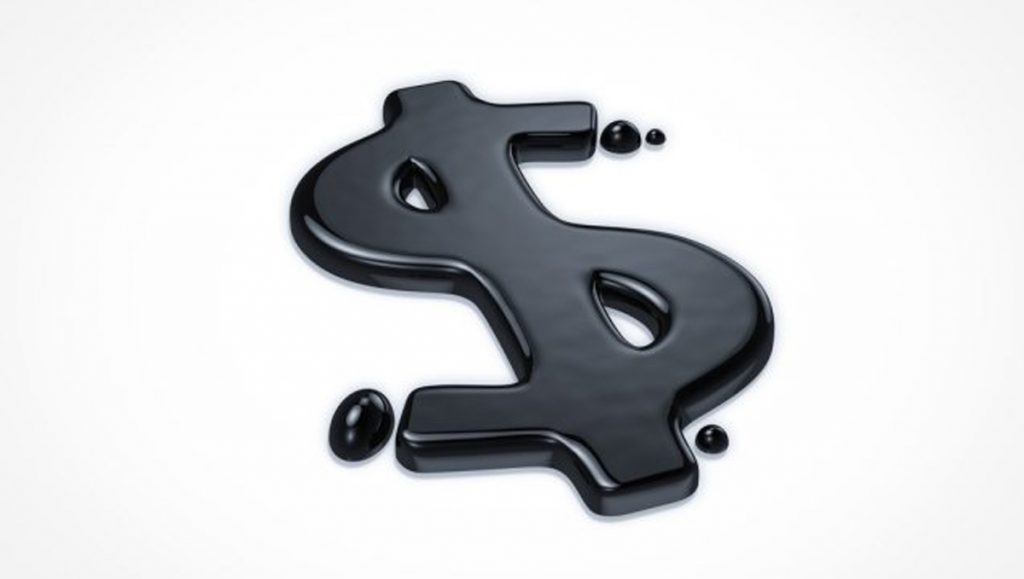 DIMITRI LASCARIS: This is Dimitri Lascaris reporting for the Real News Network from Montreal, Canada. Many in the financial world remember when Mark Carney, the governor of the Bank of England, gave a speech to the insurance market at Lloyd’s of London, one of the oldest insurance companies in the world, and warned in that speech that insurers were heavily exposed to climate change risks. That was in 2015. Now Mark Carney is speaking out again, this time to the banking sector at a conference in Amsterdam. Carney is again warning of climate risk and exposure to massive financial losses due to climate change.

One aspect of that exposure is what the think tank Carbon Tracker has labelled stranded assets, whereby fossil fuel holdings are rendered obsolete in a world of catastrophic climate change. A growing number of high profile players in the banking sector have heeded the warning and joined the fossil fuel divestment movement, including some of the world’s biggest financial institutions: the World Bank, ING, and AXA. BNP Paribas, France’s largest bank, announced that it was pulling out of all investments in oil and coal. But not everyone is putting their money on divestment. Some financial institutions are, in fact, increasing their investments in fossil fuels, including one of the dirtiest sources, the Alberta tar sands. A new report, “Banking on Climate Change 2018,” finds banks ramped up fossil fuel financing to $115 billion in 2017. The report was a joint effort between Rainforest Action Network, Bank Track, Indigenous Environmental Network, Sierra Club, Oil Change International, and Honor the Earth.

With us to discuss this important new report is one of the lead authors, Alison Kirsch, climate and energy research co-ordinator at Rainforest Action Network. Alison joins us today from San Francisco. Thanks very much for joining us again, Alison.

ALISON KIRSCH: Thank you, Dimitri. God to be here.

DIMITRI LASCARIS: So, your report tracked 36 of the world’s biggest banks, I understand. Please tell us what you regard as the key takeaways of the report.

ALISON KIRSCH: That’s right. We looked at 36 banks from around the world, everywhere from Canada to the U.S., to Europe, Japan, China, and Australia. And we did two things. One is we looked at their financing for extreme fossil fuels over the past three years. So in this case that’s tar sands oil, which you mentioned, Arctic oil, ultra deepwater oil, liquefied natural gas export, coal mining, and coal power. And we also graded on an A-F scale, like a report card, the policies that these banks have regarding their exposure to these fossil fuels. So do they have commitments in place to reduce or eliminate financing to these particularly dangerous subsectors of the fossil fuel universe? What we found, as you mentioned, was that banks overall increased their financing for extreme fossil fuels last year. And this is after a heartening dip in extreme fossil fuel financing that we saw in 2016, the year immediately following the signing of the Paris climate agreement.

So that was a really alarming finding, and a really unacceptable one in climate terms. At the same time, this past year we have seen movement on the policy end of things. You mentioned BNP Paribas, the French bank whose policy last October set an absolutely new bar for banks on their oil and gas financing. But we just haven’t seen that movement from enough banks. We haven’t seen it come fast enough. And that’s why we’re still seeing increases on the financing end of things.

One other thing I’ll mention is we also look at case studies of particular projects or companies where bank support is facilitating environmental destruction, climate chaos, human rights abuses. Everything from the Line 3 tar sands pipeline proposed Enbridge, to the Jordan Cove LNG export terminal in Coos Bay, Oregon, to coal mining plants in Vietnam and the Philippines. So we sort of look all over the place for the impacts that these banks have on the world through their extreme fossil fuel financing, and the findings aren’t great.

DIMITRI LASCARIS: Which financial institutions in North America and Europe are the biggest investors in fossil fuels, according to your report?

ALISON KIRSCH: The banks at the top of the extreme fossil fuel finance league table out out of North America and Europe are banks like Royal Bank of Canada, RBC; Toronto Dominion, or TD; JP Morgan Chase is the number one Wall Street banker of extreme fossil fuels. And what that short list right there tells you is that a huge driver of this increase in fossil fuel financing is actually coming from the tar sands sector. RBC and TD, as well as all the other Canadian banks, are huge bankers of tar sands. They see it as an integral part of the Canadian economy. And JP Morgan Chase has increased its stake in the tar sands game by over four times in the last year. So those are the banks that we see at the top of the league tables, and also as sort of the biggest backsliders, as far as banks who increased their financing the most in this past year, when it really needs to be on the decrease.

ALISON KIRSCH: Yeah, so of the three tar sands pipelines on the table, that one, the Kinder Morgan TransMountain expansion is the only one that has so far attained project-specific financing. So there are over 20 banks who have already signed a credit agreement with Kinder Morgan to put up money specifically for that project. So back when that happened last June we called those things out. We had warned them in advance about the risks associated with this project, and those risks are bearing fruit right now, and we can’t say we didn’t warn the financial sector. Part of those risks are, of course, the incredible increase of opposition that we’ve seen out of British Columbia Indigenous-led resistance to this pipeline, which I think has really been at levels that the company and the financial institutions supporting it weren’t ready for.

So banks like JP Morgan Chase, again, that have banked the TransMountain pipeline, specifically for that project, are going to have to reckon with the fact that Kinder Morgan might not even go through with it at this point.

DIMITRI LASCARIS: What have we seen in the last year in coal investment?

ALISON KIRSCH: Coal is an interesting story. Coal power financing overall has just about stagnated. So that’s financing to the top 30 coal power generation companies worldwide. In coal mining financing we actually saw an uptick of about 6 percent last year.

So overall, that, again, is unfortunately bad news. I mean, we can’t afford even a stagnation in coal mining financing or coal power financing. Coal is one of the most Paris climate agreement-incompatible fuels. You know, in addition to having extreme human rights and water and local ecosystem impacts. So coal financing really just doesn’t fit into a climate-stable future, and it needs to be sharply decreasing. Another interesting thing that we found about coal is that the Chinese banks really dominate the coal financing playing field. It’s often, the biggest coal mining companies and coal power companies in the world, many of them are Chinese and are supported by some of the biggest Chinese banks. That said, both Chinese bank and even some Japanese bank financing overall for coal actually went down slightly in the past few years, whereas the so-called Western banks are the ones who are ramping up their coal financing.

So again, that’s, you know, an alarming finding, especially where we do see some banks in the Western world that have policies in place to reduce their coal mining exposure. So again we’re just seeing policies with too many loopholes and not enough transparency to really bring that financing in line with where it needs to be.

DIMITRI LASCARIS: Lastly, quickly, what can people do to get these major banks like the Royal Bank of Canada and Toronto Dominion Bank to start divesting, or at least not increasing their investments in extreme oil? In particular, are there campaigns out there that people can support, and what are they?

ALISON KIRSCH: Yeah, absolutely. There’s so much going on right now, and that’s really heartening. At Rainforest Action Network we have a campaign going against JP Morgan Chase, the number one banker of extreme fossil fuels on Wall Street. And also number one banker on Wall Street of tar sands, as well. So at RAN.org you can learn more about our JP Morgan Chase campaign, how to join in, whether that’s in an online petition, you know, an e-mail to someone there or, or an action on the ground. We’re doing all sorts of things there.

There’s also similar work being done on everyone from the Canadian banks to many of the European banks. And actually, the timing of this report is really significant because we’re just about to start, essentially are in the middle, or are just starting now, the bank shareholder season. So every year when the banks have their meetings, they might hear from people like you about the issues that are most of concern to them. So if you have the ability to attend a shareholder meeting or some way to voice your opinion that would feed into that, that is definitely a way to be heard. And we’re looking forward to seeing all of the activities that happen at different bank shareholder meetings when all of these issues are sort of brought to the fore.

DIMITRI LASCARIS: We’ve been speaking to Alison Kirsch, climate and energy research coordinator at Rainforest Action Network about a new report on the financing of extreme oil, fossil fuels, I should say. Thank you very much for joining us today, Alison.

ALISON KIRSCH: Thanks so much, Dimitri.

DIMITRI LASCARIS: And this is Dimitri Lascaris reporting from Montreal, Canada for the Real News.

Alison Kirsch came to Rainforest Action Network after graduating from Brown University with academic and activist experience in climate and energy policy. She provides up-to-date research and administrative support for the Climate and Energy team’s bold campaigns.